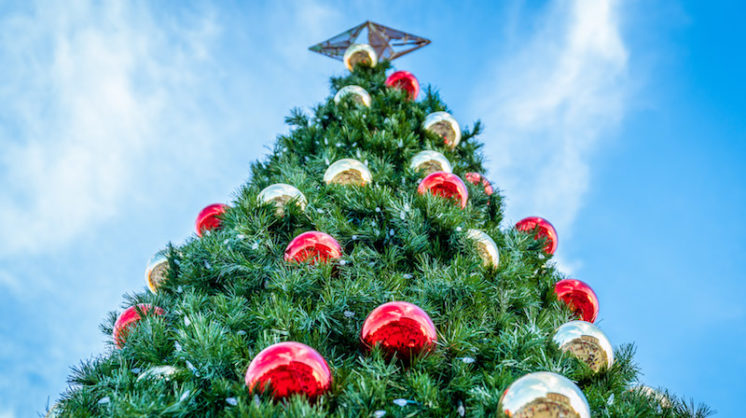 If you’re not yet feeling festive, that might change this weekend. With tree lighting ceremonies, holiday theater productions and even a train ride, take full advantage of Oklahoma City’s jolly offerings.

The Oklahoma City Zoo’s Safari Lights are roaring back for another holiday season! You can walk or drive-thru the showcase of wildlife-themed light sculptures, animated light displays, festive treats and visits from Santa. The festive adventure is meant for all ages to enjoy. $15 per person (walk through) or $65 per vehicle (drive-thru), 5:30–11 p.m., Oklahoma City Zoo & Botanical Garden, OKC.

OKC Broadway presents Tootsie, a comedy musical based on the 1982 film featuring Dustin Hoffman. Drew Beck stars in the production as Michael Dorsey, a gifted but fickle actor who takes on the persona of a woman in an attempt to land roles. The show features a Tony-winning book by Robert Horn and music and lyrics by Tony-winner David Yazbek. Showtimes and prices vary, Civic Center Music Hall, OKC.

After a few weather delays, the yearly Devon Ice Rink has opened to usher in the holiday season. Starting Wednesday, Nov. 16, skate on 5,500 square feet of ice surrounded by the fall trees and city skyline. After you finish circling under the magical lights, warm up with some seasonal food and beverages. $14 (skate rental) or $9 (no skate rental), 3–11 p.m., Myriad Botanical Gardens, OKC.

The Lyric Theatre of Oklahoma’s rendition of the holiday classic is returning for its 12th year. The immersive outdoor show at the Harn Homestead will allow the audience to walk from scene to scene — a great way for everyone to feel like a part of the holiday spirit. $62 for adults and $37 for children, times vary, 1721 N. Lincoln Blvd., OKC.

Holiday fun in the 405 officially begins in one spot: the Oklahoma City Tree Lighting Festival. The evening event includes family-friendly activities such as photos with Santa Claus, face painting, caricatures, a Magic Elf, and many performances from local acts throughout the night. Kids can start writing their Christmas lists at the Letters to Santa station to mail to the North Pole or decorate a postcard to give to loved ones. The lighting of the Christmas tree by Mayor David Holt will commence around 5:50 p.m., so be there early to catch the countdown! 5-7 p.m.; Mickey Mantle Plaza of the Chickasaw Bricktown Ballpark, OKC.

The wait is over: After months of remodeling, the Crystal Bridge Conservatory at Myriad Botanical Gardens is reopening. Take in new features such as a reflecting pool, new plant collections, overlook terraces and a new waterfall feature in the newly renovated space. Since 1988, the tropical conservatory has been a popular destination — rediscover its original beauty as the centerpiece of OKC’s downtown garden. $10:50 for adults, $5.50 for youth and free for members; 9 a.m.–5 p.m.; Myriad Botanical Gardens, OKC.

All aboard! Ride the Polar Express to the North Pole at the Oklahoma Railway Museum. Passengers will get the movie experience of getting your ticket, drinking hot cocoa and meeting Santa! Sing and dance along the ride just as in the film, and receive Santa’s first gift of Christmas: a silver sleigh bell. Times and prices vary, 3400 NE Grand Blvd., OKC.

Have you ever met Cowboy Santa? Here’s your chance at the Stockyards City Tree Lighting! Help light up the town while watching all the entertainment and drinking hot cocoa with friends and family. Free, 6 p.m., Stockyards City, OKC. 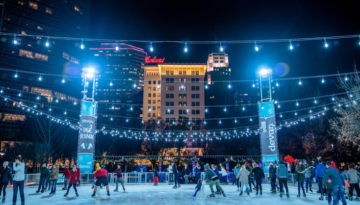