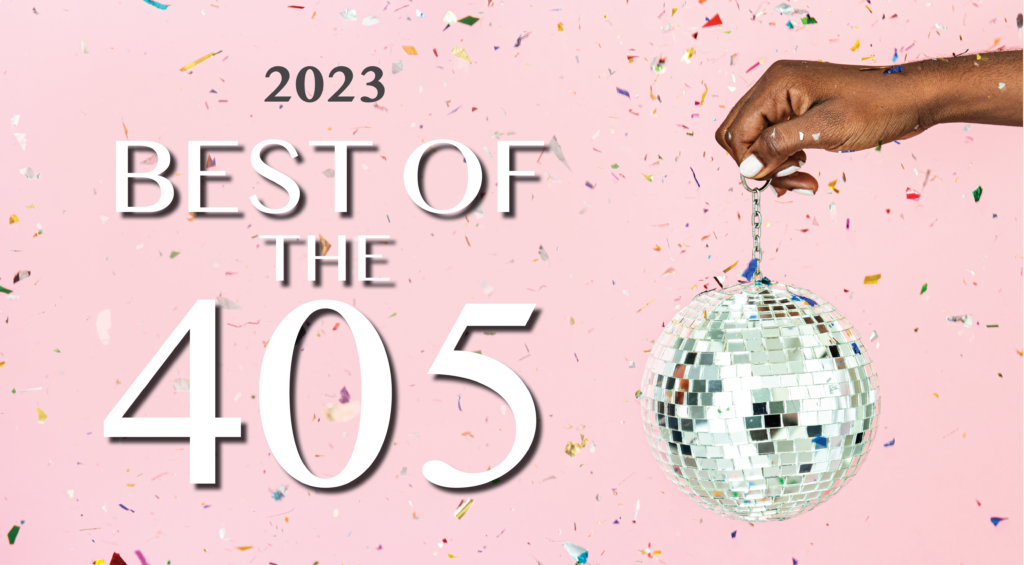 Best of the 405 Frequently Asked Questions

Q: When do nominations for Best of the 405 start?

Q: How does the nominations round work?

A: 405 Magazine’s staff compiles a list of categories for the ballot each year. Once the ballot is made public, anyone is allowed to nominate their favorite local businesses, people, places and services once per category via write-in.

Q: When does the voting round start?

Q: How does the voting round for Best of the 405 work?

Q: Why is my nomination not showing up on the ballot?

Q: It has been more than 24 hours since I submitted a nomination and it still hasn’t shown up on the ballot. Why would this be the case?

A: If it has been more than several days since you submitted a nomination and it still does not appear on the ballot, this could be for a number of reasons. Reasons include: our team has not gotten to it yet, the nomination did not fit the category, the nomination is not locally owned and/or operated, the nomination was not submitted with the proper criteria (i.e. a hair stylist nominated without an associated salon or business), the nomination could not be verified through a Google or social media search, etc. If you believe your nomination was submitted correctly and you still don’t see it, please contact evan.musil@405magazine.com.

Q: Why is there not a category that fits my business? How can I suggest a new category?

A: 405 Magazine‘s staff sits down each year to reassess the categories. We take into consideration how categories performed the previous year, if a category would allow for five or more possible entrants, etc. Although it is too late to add categories to this year’s ballot, we encourage anyone to send their category ideas for us to consider in the future. You can send any category recommendations to evan.musil@405magazine.com or julie.partin@405magazine.com.

Q: Someone nominated me or my business but the nomination contains an error. How can I get this fixed?

A: If you notice an error in a nomination, please email evan.musil@405magazine.com to resolve the issue.

Q: Can I be nominated if I’m not in Oklahoma City?

We accept nominations anywhere in the Oklahoma City metropolitan area.

Q: How will I know if I advanced into the voting round?

A: You will be contacted via email by 405 Magazine upon advancement into the voting round. There will be a new set of promotional graphics for download to help you market yourself or your business.

Q: Does 405 Magazine nominate and/or vote for their own favorites?

A: No. The ballot is solely populated by the public’s nominations and votes. However, in past issues, we have published “editor’s picks,” which appear separately alongside the reader’s choice winners and are selected by our editorial team.

Q: Do I have to pay to be represented on the ballot and/or win?

A: No! The Best of the 405 readers’ choice poll results are based 100% on the public’s nominations and votes. Advertisers may use Best of the 405 graphics to try to boost their exposure, but being an advertiser in 405 Magazine does not guarantee anything for the contest.

Q: How will I know if I won my category?

A: Approximately one week after the voting round closes, all winners will be notified via an email sent out by 405 Magazine.

Q: When will the winners be announced?

A: Winners will be announced to the public upon the release of the May 2023 issue. Subscribe to 405 Magazine to receive the Best of the 405 issue when it releases.