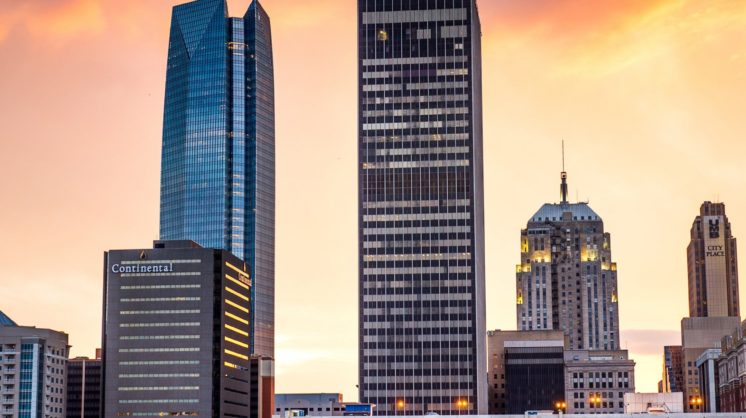 This Friday at 8pm, head over to the Civic Center Music Hall to witness a show-stopping performance of Oklahoma! The classic musical will take the stage again Saturday at 2pm and 8pm, with additional performances at 1:30pm and 7pm on Sunday. Grab a snack before the show, and get ready to hear the tunes of our great state.

Elton John is bringing the magic of his Farewell Yellow Brick Road Tour to the Paycom Center on Sunday. Starting at 8 pm, prepare yourself for a night of extravagant music (and outfits!) by the legend himself.

This Sunday, the Denver Pioneers take on the Oklahoma Sooners Women’s Gymnastics team at the Lloyd Noble Center on the OU campus. The meet begins at 3:45pm, so grab your tickets to watch the competition.

The Paycom Center hosts the basketball battle between the Indiana Pacers and the Oklahoma City Thunder this Friday at 8pm. Sample the food court and join thousands of fans; you can’t go wrong cheering on your city. Thunder Up!

On Saturday, Comedy Central’s Chris Porter is making his way to the Bricktown Comedy Club for a standup performance rated 18+. Grab your friends and get ready to laugh until your stomach hurts—the show starts at 10pm.