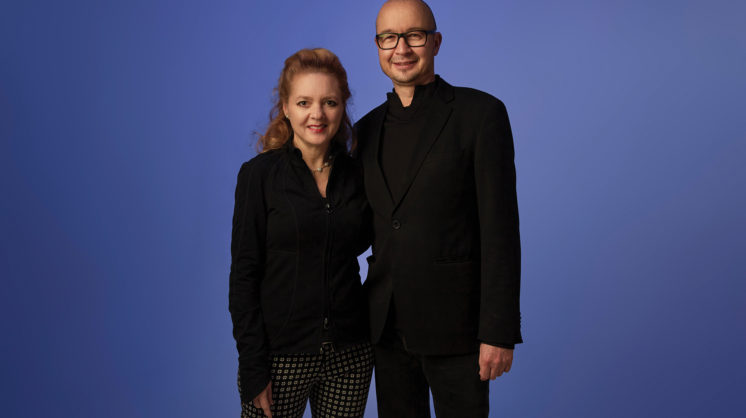 Hans and Torrey Butzer, directors of Oklahoma City-based Butzer Architects and Urbanism, tackle everything together. From marriage to raising children to designing some of Oklahoma City’s most recognizable public spaces, this husband-and-wife team is a true partnership.

“We live in a culture where we want to credit one individual for something and try to invent a narrative of greatness, especially as it relates to men,” says architect Hans Butzer. He recalls an awards ceremony in which someone asked his equally talented wife, Torrey, “What’s it like to be married to him?” However, the Butzers have always worked side by side, believing two minds are greater than one.

“We’re each other’s best discussion partners, and we toggle ideas between each other,” Torrey Butzer says. “We feel that we produce things that are better together than if we had done them alone.”

The Butzers are often called to work with other gifted individuals, as well. Notable collaborations include Scissortail Park, Skydance Bridge and the Oklahoma City National Memorial. These iconic sites invite people of all ages and backgrounds to gather, explore, play and dream – just as designers intended. 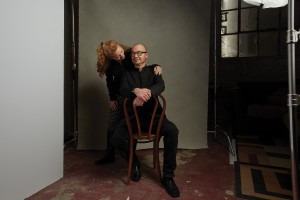 “Torrey and I think of it as our job to create places of equity, where everyone has a chance to have some measure of belonging,” Hans Butzer says.

The couple arrived in Oklahoma City by way of a competition, after they were selected to design the Memorial in 1997. “We felt such a huge sense of responsibility to see that project through, in-person and onsite on a daily basis,” Torrey Butzer says.

They planned to live here temporarily until the next project pulled them elsewhere. “Through the process of working on the Memorial and getting to know the community, we realized it was a really nice place to be with a lot of nice people. We ended up staying,” she says.

When the Oklahoma City National Memorial opened and their first daughter was born in 2000, Oklahoma became home.

“Part of our decision to stay here was also recognizing there was a deep appetite for wanting to do things better,” Hans Butzer explains, “that the urbanity of Oklahoma City wasn’t what it needed to be to keep the city vibrant. In retrospect, we really see the privilege of, first of all, having been selected to help design the Memorial, but then also having been welcomed by the community to continue to make our contribution in so many other ways.”

The couple teach courses together at the University of Oklahoma, where Hans Butzer serves as the dean of the College of Architecture. Most recently, they completed the National Native American Veterans Memorial in Washington D.C., solidifying the artistic vision of Native American veteran Harvey Pratt and his wife, Gina.

“Architecture should be very place-related – very site-specific – and be a response to where you are culturally and geographically,” Torrey Butzer says. “Also, it should tell a story.”

Butzer Architects and Urbanism partnered with Hargreaves Associates on Scissortail Park’s design, drawing details from Oklahoma history. The hill in the middle of the park is shaped to reflect Precambrian rock formations. The park pavilions were inspired by dwellings of the Plains tribes and early Western settlers. The glowing red tower at Scissortail Park Café resembles a campfire on a flat landscape, recalling the 1889 Land Run. The tall tower provides a gateway to the park, drawing people in, connecting past to present. Phase two construction begins this spring, so more buildings will rise in Scissortail Park soon.