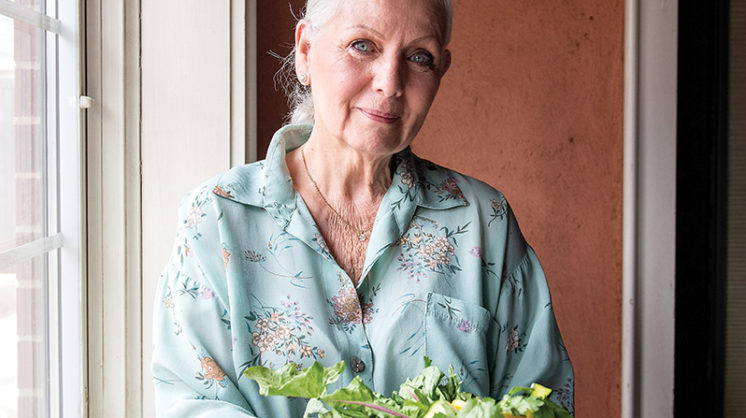 “The timing was serendipitous,” Oden says. “Mark Miller and Coyote Café had just taken off and Geronimo’s was rolling, so I just took things a step further, and instead of focusing on Southwestern cuisine, I focused on Native American cuisine.”

The Corn Dance Café would lead to press in major publications like Food & Wine and appearances on “Good Morning America” and “The Today Show,” and many other opportunities, including teaching, consulting, working with Robert Mondavi and Francis Ford Coppola and a PBS miniseries called “Seasoned with Spirit: A Native Cook’s Journey” that won an Emmy.

“Santa Fe was definitely a launching pad for me,” she says. “I moved back to Oklahoma in 2003, and I do a lot of work on both coasts: consulting, wine dinners, teaching, etc. I also do some work with reservations with health issues and the bad food that hangs around the rez.”

Oden’s food background started in the family kitchen, where she said she was blessed to have two living sets of great-grandparents and two sets of grandparents. Her first food gig was in the family of her first husband. “I married into the Van’s Pig Stand family,” she says. “I was very young, and the marriage didn’t last. I flipped burgers, worked as a soda jerk, stuffed cherries for Jell-O salad, pretty much everything on the Van’s menu. Mother Van was an amazing cook, and I loved the camaraderie and energy of a kitchen. Always have.”

A second marriage after she moved to OKC at the age of 20 would lead to a decades-long hiatus from commercial kitchens while she raised two sons and two step-daughters. The second divorce led to her move to Santa Fe. 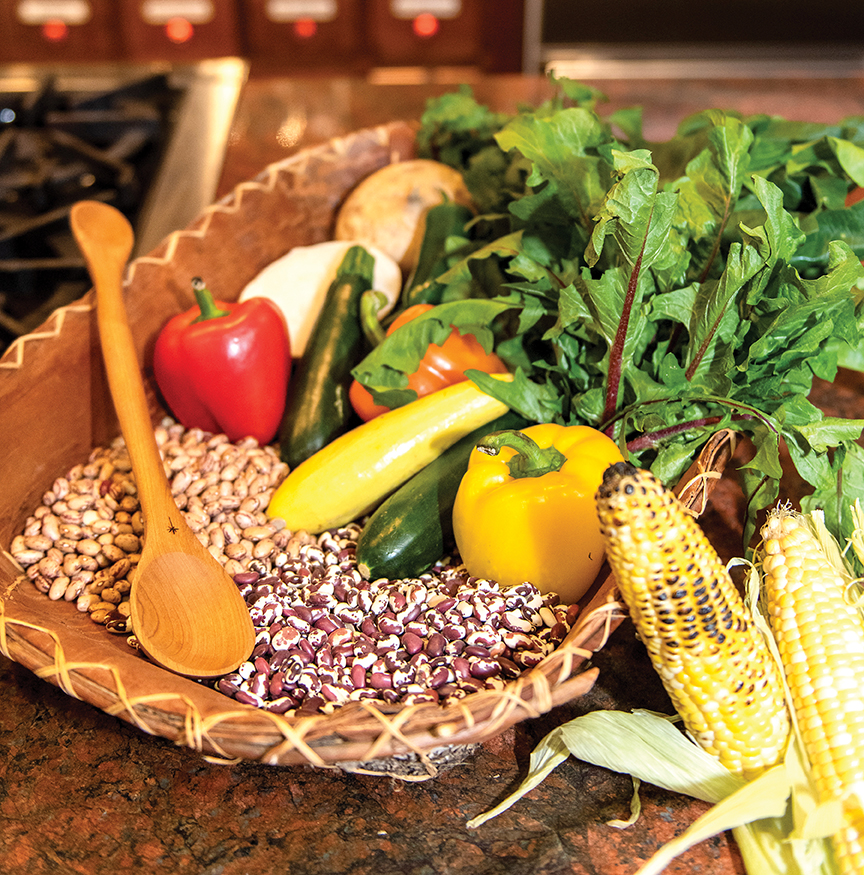 “I moved there to figure out who I wanted to be when I grew up,” she says, once again segueing into her easy laugh. “The environment there was very receptive to Native cuisine. There’s something weirdly political about trying to do ‘Indian’ things in Oklahoma, but Santa Fe wasn’t like that.”

After opening the café, Oden dove into ethno-botany. She wanted to learn where all the foods came from, what was indigenous, what originated in the Americas and then went somewhere else only to return to the Americas in another form: potatoes from Ireland, chocolate from Switzerland, tomato sauce from Italy. “Those foods originated here,” she says.

She has no patience for talk of cultural appropriation when it comes to food, though. “Food is food. The ingredients have been around the world and back, and everyone uses them.”

What emerged from her study of the North American tribes was the realization that Native American cuisine is a very broad category. The tribes ate what the environment provided, so the cuisine is seasonal and regional: shrimp in Louisiana, bison on the Plains, salmon in the Northwest, etc. Woven throughout the cuisine, though, were the “three sisters.”

“All tribes have a story about the three sisters – beans, corn and squash,” Oden says. “Along with the other indigenous foods, they changed the cuisine of the world.”

For her recipe, Oden is featuring the trio in a Three Sisters and Friends Salad with a cranberry-coriander vinaigrette. The salad showcases the ingredients and flavors of spring and summer with a recipe that is remarkably easy and flexible. 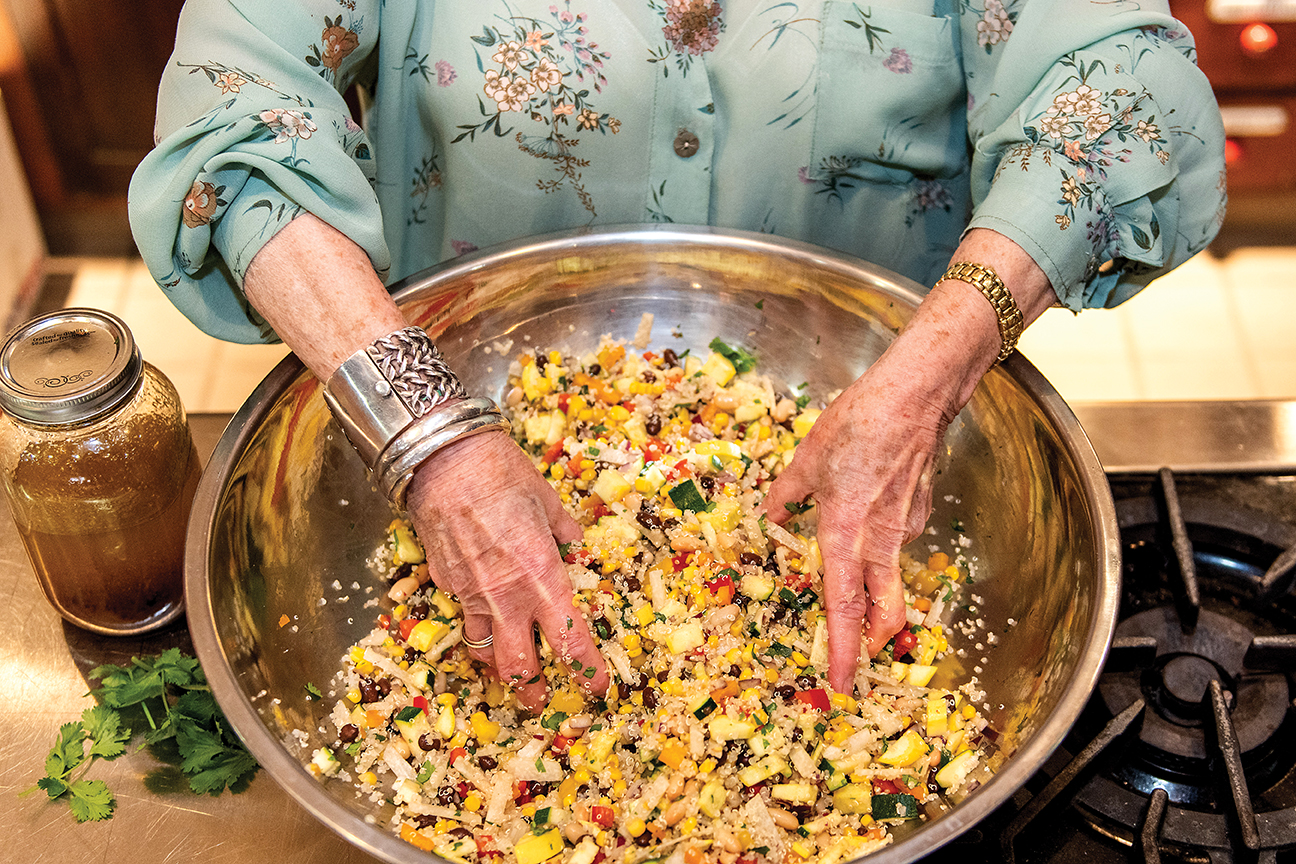 Combine all ingredients and toss with vinaigrette.

There are many different variations of “friends” you can use. Feel free to experiment with different seasonal veggies.

Or, simply whisk together in small bowl or shake in a lidded jar.

Notes
Salt to taste, but very little … always remember, we need to cut down on that excess salt.

This is a light, tart, slightly sweet dressing, good for use on salads or fruits or as a marinade for mild white fish, scallops, shrimp or chicken. 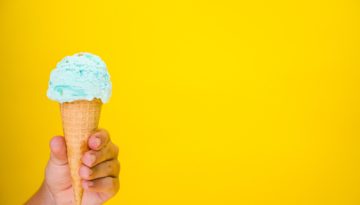 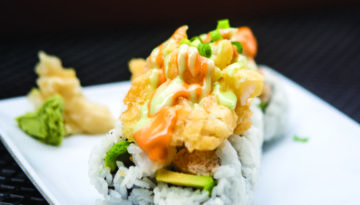 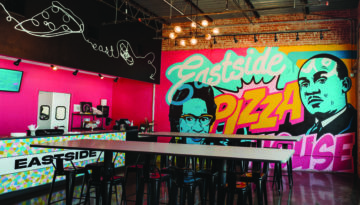 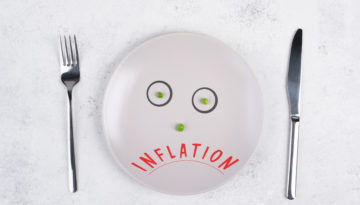