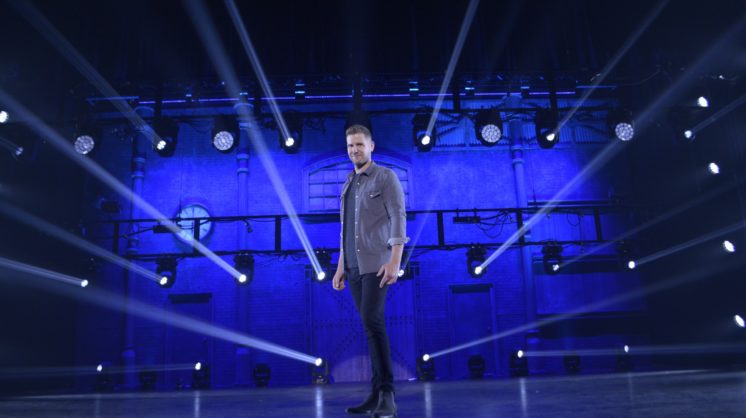 Kids go through all kinds of short-lived phases focused on new-found interests. Most stick with them only until the next soon-to-pass passion develops. Most … but not Rob Lake.

Today, Lake is a world-renowned illusionist who has performed in more than 40 countries. His traveling stage show requires five full semis and a 30-member crew. He has performed for U.S. troops for more than a decade, and has sold more than 800,000 tickets in total during his career. 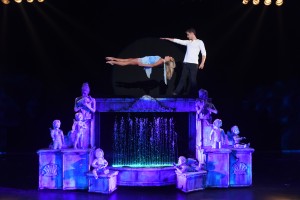 But 10-year-old Lake was just a kid from Norman who saw a magician perform while on a family trip to Branson, Missouri, sparking a passionate interest in magic.

“I came home from that trip and I went to the public library— this was definitely pre-internet times,” he said. “I checked out every book that I could.”

For most kids, that’s where the story would end. For Lake, however, it was just the beginning.

“I think I knew I would do it,” he said. “It was like it was an epiphany or a directive. It was a knowing.”

Soon, he was staging his own performances for his neighbors, friends, and family.

By 11 or 12, Lake was performing at birthday parties, Rotary and Lions clubs, and churches. He’d take all the money he earned at local gigs and put it back into his act, buying new-to-him tricks and props to improve his show. He got involved with the local magic clubs and met lots of local magicians, and he continued performing all the way through high school. 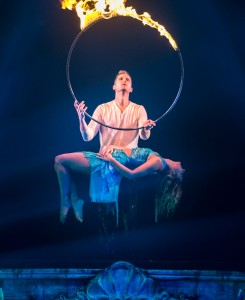 “I didn’t have time for all this kid stuff,” he said. “I grew myself up pretty quick. I was determined. I was just so passionate. I knew this is what I wanted to do with my life from an early age, so I didn’t think of any of it as a sacrifice.”

Lake struck out to Branson to find work as an illusionist. He soon befriended the original magician he first saw in Branson when he was 10, and worked alongside him; he even lived in his guesthouse. Soon, a friend recommended him for a theme-park gig on the north tip of Japan. He packed his bags and left.

“I thought I had made it,” he said. “But looking back, it was the crummiest place. It was just kind of on the side of the road. It had AstroTurf on the stage! But I was doing five shows a day for six months straight. I left polished, and I had a load of experience.”

From there, Lake started booking cruise ships and casinos. Soon, he was headlining larger venues. When he booked one of the biggest casinos in Atlantic City, he knew he was starting to make a name for himself.

“My family flew out to see me then,” he said. “As they drove from the airport, they started passing a dozen billboards with my face on them and I think they started thinking, ‘OK, maybe this is going to work.”

Lake then booked what was supposed to be an 8-week gig at the Atlantis hotel in the Bahamas. He stayed for three and a half years. 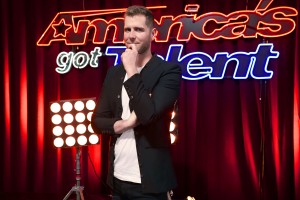 And now, he’s gone viral: Lake performed on three episodes of “America’s Got Talent.” Those three performances have now been viewed more than 80 million times on YouTube.

But after all this success, Norman is still his home.

“Magic is the way I can create wonder and excitement,” he said. “It’s not trick- ing the audience; it’s helping them think anything is possible. In the future, I want to still be bringing magic around the world. But I’ll still come back to Oklahoma as my home.”