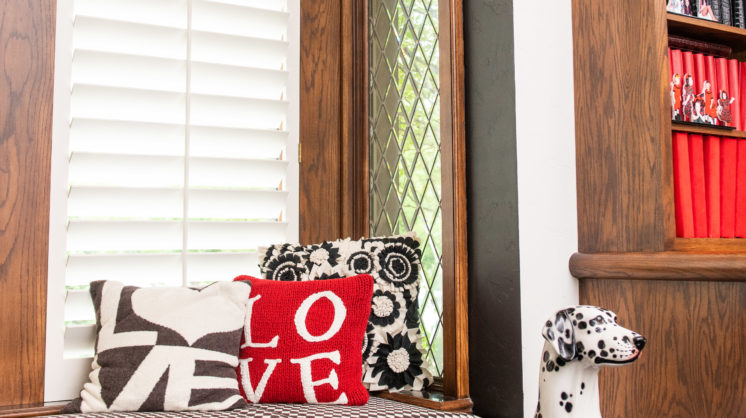 The family photos covering the walls are the first thing you notice about Judy and Tom Love’s Nichols Hills home. One wall has all the formal family portraits that they have taken every two years since 1968, starting with the Loves and three of their four children (since their youngest wasn’t born until the next year). Over the years, these photos grew to include spouses and then grandchildren, now totaling nine.

One wall features each of her children, at around age 2, in rows – followed by their own children, taken when they were about 2, as well. In one of them, a Love grandchild wears the same outfit as his dad. Another wall has wedding photos; other areas are filled with photos of memories with friends and family members, reflecting lives full of good times with the people who love them and matter to them. As a joke, someone put a picture of Russell Westbrook into a small, rhinestone-encrusted frame and stuck it right in the middle of the family photos on a front-room table. Judy Love, an OKC Thunder superfan, has kept it there, although she said she recently removed the Westbrook trim from her car and a display at the office after he was traded to the Houston Rockets.

After the photos, you notice the art throughout: a blend of the Loves’ tastes and the life they’ve shared for more than 50 years. A lot comes from the National Cowboy and Western Heritage Museum’s Prix de West invitational art show and sale; other pieces arrived because the Loves liked the color or the feel or the artist. For the Loves, comfort takes priority, and their furniture and decor are welcoming – to their many family and friends and to the guests the Loves have entertained at parties through the years, often held for the many nonprofit organizations that benefit from the couple’s generosity.

One room is set up so the furniture can be rolled out, and tables for 60 people can be rolled in and set. Another, more cozy room that used to be the back porch can seat 28, and often entertains family members during the holidays. A room with a large tiled bar and a large TV welcomes people for ball games. It also is where a committee met monthly for eight months and raised $6 million to honor the late Aubrey McClendon with a building at the Oklahoma River.  “Whenever we have a giant party, this is where everybody is,” Judy says.

The Loves designed, and Everett Dale built, this home in 1975. At the time, it was about 6,000 square feet. Since then, the home has grown like the business they founded in 1964 in Watonga and built together, Love’s Travel Stops & Country Stores. The couple has remodeled or added on to their home 28 times, making it close to 11,000 square feet now, said Judy. Only one room – a guest bathroom – remains untouched.

“I’m an interior designer, so I get an idea,” she says. Most recently, last year the couple added on to and organized Judy’s closet, a room she now loves. “It’s just like walking in a store. You can see everything you need,” she says. “It’s really too good.”