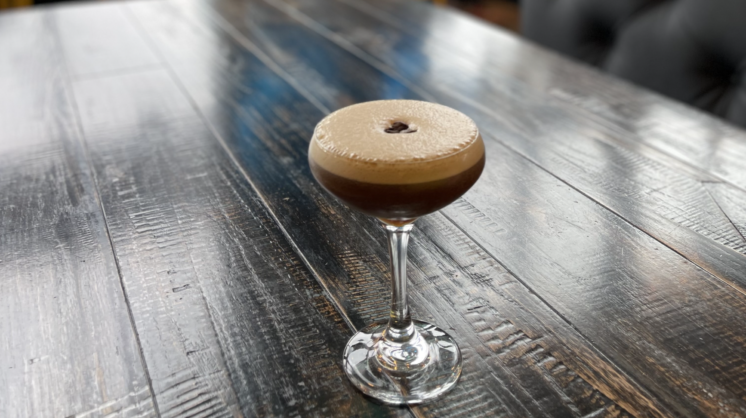 Of all the cocktails to make a comeback in the ’90s resurgence, the least likely had to be the espresso martini … yet here we are. Local bartenders are reporting hundreds per week sold to bar guests, most of whom are 20-somethings, the nostalgia not really reaching into the older generations who happily said goodbye to this cocktail-meets-candy-bar at about the same time they stopped ordering Cosmos and Appletinis. Speculation as to why the trend has regrown so fast includes the probably-not-unlikely observation that this demographic grew up on energy drinks, and as taste goes, this cocktail definitely beats Red Bull and vodka. Truthfully, though, the espresso martini is objectively delicious, so here are 10 to try now.

Boulevard Steakhouse – Invented in the 1980s by a Brit, the beverage has been popularized by American steakhouses since the 1990s. Boulevard’s is an homage to the Martini Lounge days, and it’s definitely a riff, using espresso and vodka, but amping things up with Cantero Negro tequila. (505 S. Boulevard, Edmond)

Broadway 10 – The Automobile Alley chop house serves a very traditional version with Stoli vanilla, Kahlua, a single shot of espresso and simple syrup. If you want to know what the original tasted like, this is pretty close. (1101 N. Broadway Ave., OKC)

Frida Southwest – While it doesn’t exist on the menu, cocktail wizard Zac Speegle can whip you up his take on the espresso cocktail — by the way, why are we calling this a martini? — which uses Arrosta coffee liqueur from Vapor Distillery, vodka, simple syrup and espresso. (500 Paseo, OKC)

The Hamilton – Probably the first bar in town to use Nespresso pods for this purpose; the result is excellent with Kahlua, Bailey’s, cream and vanilla vodka. Non-traditional, but nothing invented in the ’80s is truly traditional yet, except maybe Nintendo gaming systems. (12232 N. May Ave., OKC)