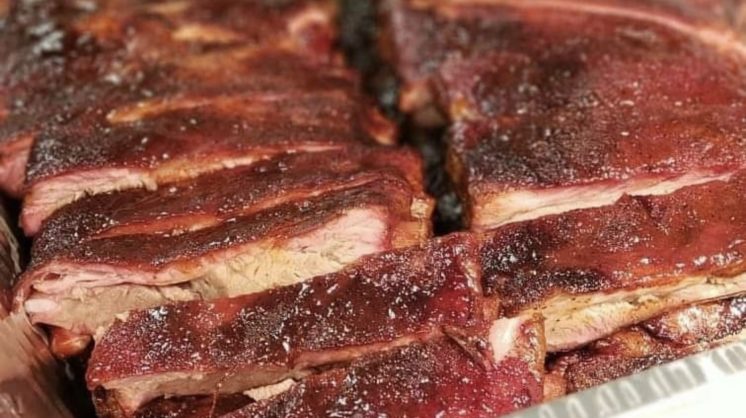 Against conventional wisdom, ribs aren’t supposed to fall off the bone; if they do, they’re overcooked. The meat should give with a little pull, not drop to the plate like a quarterback avoiding a hit. It’s OK if you like your ribs overcooked, but the places on this list are trying very hard not to do that. Ribs should also taste great without sauce, whether because of an excellent dry rub or the type of wood for smoking—pecan, hickory, mesquite, etc.—but extra points if we want to slather on the sauce. Here are 10 Rib Joints You Need to Try Now.

Back Door BBQ – The food at this Uptown 23rd joint is about as consistent as barbecue gets, including the fantastic sauces. Chef Kathryn Mathis can’t seem to make bad food, and the ribs here—if you can resist the daily varying Beastwich—are excellent. (315 NW 23rd, OKC)

Butcher BBQ Stand – Make the short drive to Wellston. It’s right off the turnpike. You’ll likely see the full parking lot before you exit, and while you’re there for the stellar ribs, don’t leave without trying the burnt ends. Levi Bouska is rightly famous for them. (3402 OK-66, Wellston)

Clark Crew – Given his remarkable list of accomplishments as a pitmaster, including a Jack Daniel’s competition win, Travis Clark gets the nod even before you factor in the size of his operation and the number of other items he does well. (He’s got barrel-select Jack Daniel’s behind the bar, too.) (3510 NW Expwy, OKC)

Edge Craft – Zach Edge’s new joint is sure to be an anchor of the rapidly developing Ironworks District. His ribs are an outstanding example of Texas barbecue, and he does everything else well too—including the sausage, which you’re not going to want to miss. (1920 Linwood, OKC)

El Rinconcito – Yes, a curveball. This Guatemalan grocery store has a small restaurant tucked just inside the front door, and the food is amazing, including the pork ribs. They’re not prepared in the traditional barbecue style, but ribs are delicious in many guises. (1317 N May, OKC)

George’s Happy Hog – The loss of owner Debra Ivory to COVID at the beginning of 2021 was a horrible blow, but the family has carried on, continuing the tradition of stellar barbecue at this NEOKC institution. You should absolutely get the greens and cornbread while you’re here, but you’ll need ribs to round out the meal. (712 Culbertson, OKC )

Jo-Bawb’s BBQ – Lon Mitchell came to Oklahoma with the encouragement of his friend Travis Clark. He and his wife JoAnne have competed in hundreds of competitions, and their list of wins is impressive. They’ve won in every meat category, but the ribs are the star. ( 7921 Northside, OKC)

Leo’s BBQ – When Charles Smith closed the iconic location at NE 36th and Kelly and moved into the new Homeland at NE 36th and Lincoln, it signaled the end of an era begun by his father in 1974. Becoming a part of the Homeland operation brings with it the opportunity to introduce the food he learned from his father to a whole new generation of barbecue aficionados. (625 NE 36th, OKC)

Ray’s Smokehouse BBQ – Former OU and NFL safety Darrol Ray turned his attention to barbecue after his football career, and Norman is better for it. With two locations now, it’s easier to experience the ribs – one of the best reasons to go to Norman. (1514 W Lindsey, Norman; 1060 SW 4th, Moore)

Swadley’s – With multiple locations around the metro, it’s not a wonder this family operation has high name recognition, aided by its impressive catering operation. For consistently good barbecue and sides, this is an easy choice. (Multiple Locations)