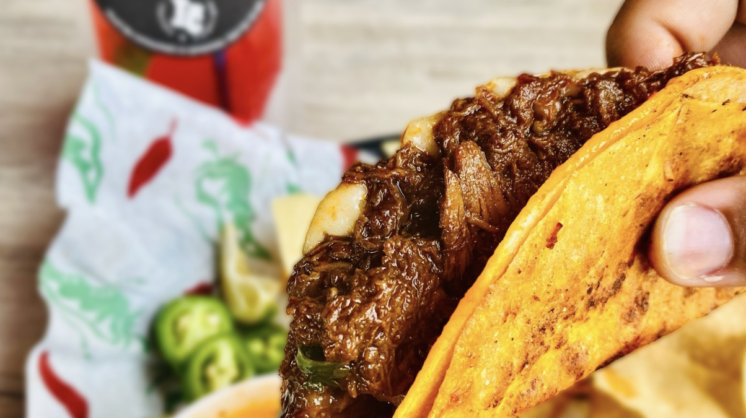 Quesabirria tacos landed in the 405 a few years ago, and they’re finally getting the love they deserve. What’s not to love about tortillas, melty cheese and delicious birria in one mind-blowing bite? The quesabirria taco craze didn’t start until after 2010 — a rarity for Mexican food — but that’s largely because they didn’t start showing up on menus until 2009. Everyone agrees (that’s another rarity for food writing) these mash-up tacos first appeared in Tijuana. For the past 10 years, they’ve been spreading everywhere thanks to social media posts, and they are now common, and entirely welcome, on menus around the 405. Here are 10 Quesabirria Tacos to Try Now.

Already popular for its Tex-Mex and traditional Mexican dishes, Azteca recently added quesabirria tacos to the menu. Like everything else it does, they’re done very well.

This Bethany eatery led the way in introducing locals to birria, so it’s no surprise that its quesabirria tacos are excellent. They come on red corn tortillas, with consommé for dipping, as is customary.

The taco truck is run by Chef Juan Quixtan, and he brings a chef’s touch to his thoroughly delicious quesabirria tacos.

A traditional Mexican restaurant with Tex-Mex options, its quesabirria is solid by any measure, and it’s nice to see more options on the northwest side of the city.

The SW 29th taqueria is a popular late-night choice, and it, too, has been leading the way with birria. It even has a goat option, the traditional choice in Mexico.

Primarily known for its take on “gringo tacos,” Oso can also deliver more traditional fare, including the “birria tacos,” as they’re called here. The beef is slow-braised top sirloin, meaning you get a better cut of meat here than most places.

Located in north Edmond, Sinaloa makes traditional Mexican food from breakfast to dinner. The quesabirria tacos are a staple on the menu, and it even makes a “party pack” of 12 available for takeout or delivery.

It’s no exaggeration to say these are the best in the metro. The truck sits at the corner of NW 10th and Portland most days, making it relatively easy to get to. These tacos come as an order of three, but you’ll likely not get through two of them.

The cantina opened with “wet tacos” (as they call them) out front on the menu. They’re made traditionally and served with cilantro, lime, onion and consommé. Recently, Ted’s has also added a quesabirria quesadilla to the menu. 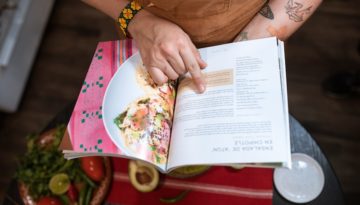