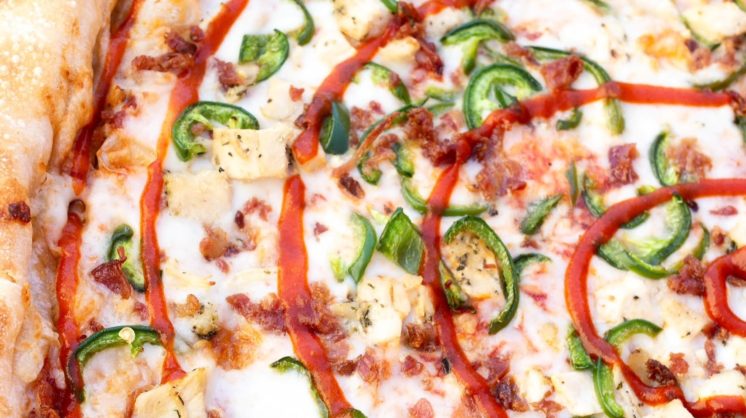 A new year often means new habits (hopefully), new life changes, and shiny new goals, at least in theory. If you want to make a resolution that’s easier to keep and benefits local businesses, resolve to check out these new concepts that have just opened or will open in 2022.

1. The Union formerly Eatery and Cocktail Office at The Union. A new partnership that includes J. Mays and Chris Kana—two of the partners behind Cafe 7 and The Hamilton—are looking to reopen this NW 5th eatery that is best known for the unique building and excellent patio (complete with Airstream). An overhauled menu looks very promising, including traditional Okie dishes like steak fingers, as well as inspiration from elsewhere, as in the pastrami-ed red fish sandwich. Opening is expected in February.

2. Lunar Lounge Barkeep Supply’s resident cocktail genius Julia McLish is opening this bar-only concept in March, creating much-needed additional space for McLish and her team, including the uber-talented Brenna Murphy, to expand beyond Barkeep’s 4-seat bar. The new space will be in the same building, but entry will be on the west side of Midtown Plaza Court.

3. Gilded Acorn is the first local spot announced in the First National Center remodel. Chef Andrew Black (Grey Sweater) gets the northwest corner of the massive complex—the old Cafe 7 spot—to create this European-style eatery with coffee service, high tea, Champagne, sandwiches, soups, truffles, macarons, and some surprises in a beautiful setting. Given that it’s Chef Black, we don’t know fully what to expect, but he’s certainly set a high bar for himself with Grey Sweater. Tentative open date is late first quarter.

4. Callahan’s Chicago Grille is already open inside The Parlor. The hot dog cart turned food hall concept offers outstanding Chicago dogs, a wide variety of other dogs, and what might be the best Italian roast beef sandwich in the city.

5. The Winston – is a whiskey destination in Norman, and now the Hal Smith Restaurant Group concept is heading to OKC with a second location north of Memorial and south of Edmond. (It’s not the old Matty McMillen’s building, but they won’t say more yet.) Rick Pitino has put together one of the best booze programs in the 405, and that combined with the food—including outrageously delicious meatloaf—makes The Winston one of the best pub experiences in the 405. Pitino said the goal was to build another stellar whiskey selection, and to open with the same food menu as Norman.

6. Carnitas El Patrón One of the sad stories from 2021 was the closing of Yaqui’s on SW 28th and Western, but the new occupant really is the patrón of carnitas in the 405. While the taqueria offers a full menu, you’re there for the carnitas, and you want the option with cueritos and buche. Order a pound. It comes with fresh salsa and plenty of fresh tortillas, and it should feed 3-5 easily.

7. The Joinery  is Community Through Beer’s repurposing of the old Tapwerks facility in Bricktown, and it is tentatively scheduled to open in mid-February. The ground floor will be a modern pub with 20 tap handles at the new bar. The old bar and original staircases are gone, replaced with beautiful design touches, including gorgeous woodwork and new windows. The second floor is actually Good, Good? a golf simulator concept with a full bar and bites. The space has four regular simulator bays and one VIP bay. The third floor will feature an event space for up to 150 people, and that area too has been beautifully redesigned.

8. Empire Slice House – Edmond will be Rachel Cope’s first foray into Edmond, so it’s fitting that the new spot will be full service and not just a slice shop. The menu will be the same as the Plaza District location, with whole pies, slices, salads, apps, and plenty of local brews. Tentative open date is April, and it will be located adjacent to The Railyards.

9. Birdie’s Fried Chicken is Chef Kevin Lee’s family-style, Korean fried chicken-inspired concept opening in March or April at NW 150th and Penn (same parking lot as Neighborhood Jam). Korean fried chicken is twice fried, and Lee said it will have have four “wet” and four “dry” styles, plus biscuits, mac ‘n’ cheese, cole slaw, and dirty rice. The chicken comes as part of a basket, a slider, or a chicken and rice bowl, and everything is made in-house. A full bar and patio is included, and the interior seating should handle about 100 diners.

10. Beer City is a music venue in the Ironworks District brought to us by the team behind Tower Theatre. Operating partner Chad Whitehead said the first shows are already scheduled for early March, so the expectation is to be open by then. The venue should hold about 500 in a standing only, general admission format. A full bar will focus on local beer, whiskey, and batched cocktails. Beer City is phase three of a long-term plan “to create a better local music industry for touring and local acts,” Whitehead said. The goal was to have venues of various sizes, beginning with Ponyboy, moving up to Beer City, and then Tower as the largest.

11. Flycatcher Club is Riley Marshall’s soon-to-open (late winter) honky tonk, dive bar, and burger joint. The Bar Arbolada burger will be at Flycatcher (Marshall said he’s likely going back to only serving it at Arbolada on Saturday nights as part of Paloma Town), and he’ll be focusing on a menu that is similar to what his popular Main St. bar had in the beginning. Located in the Ironworks District, the Flycatcher is adjacent to Beer City and Fair Weather Friend, and it will have a 20-seat bar, banquettes, and tables, as well as pool, darts, and vintage pinball. Marshall promised a full bar with local beers, classic and frozen cocktails, and plenty of domestics.

12. Eastside Pizza should open soon in the Eastpoint development on NE 23rd and Rhode Island. The pizza concept from Jabee Williams and partners will offer pizza by the slice and whole pies, including a black crust option (activated charcoal) and cauliflower crust. Williams said they will partner with Kindred Spirits in the same development, so Eastside will not have its own bar. Patio seating is available at both Kindred and the pizza joint.