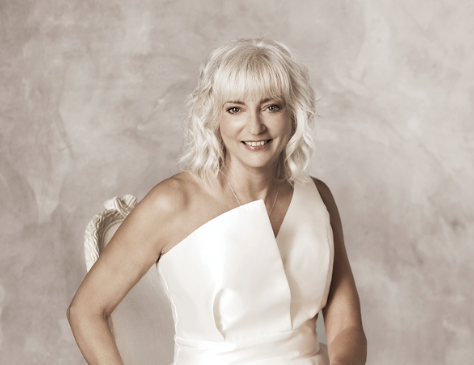 She’s the kind of person you want on your team. Whether it’s raising and competing champion Arabian horses alongside her daughter, preserving historic buildings or shaping the future of a great American city — Cathy O’Connor is going to win.

With or without knowing it, most OKC residents reap the benefits of O’Connor’s life’s work on a daily basis. For the past four decades, she has been front and center in leading the charge to transform the 405. From 10 years as assistant city manager to 10 years as president of The Alliance for Economic Development, she has had one mission. “My biggest motivation is trying to make Oklahoma City the best place it can be for the people who live here and want to come visit,” O’Connor said.

In a public post praising her, Mayor David Holt said, “Economic achievements like the lowest unemployment in city history are the product of a unified effort that includes some of the most talented people any American city has ever seen. And across multiple decades, Cathy O’Connor has been THE MVP of OKC economic development.”

Just a few of the notable projects O’Connor has had a hand in include the Convention Center and Omni Hotel, Boeing facility, renovation of the Skirvin Hilton, 21c Museum Hotel and West Village and the Innovation and Boathouse Districts. “The projects that I have worked on are really important for quality of life. They make Oklahoma City a more interesting place; a place that people want to come visit, which helps our local economy — and they create good jobs for people,” said O’Connor. But the one she’s most proud of? Ending the food desert in north-east Oklahoma City, a process she began working on in 1998 and refused to abandon. “It took a lot of effort, perseverance, teamwork and things coming together at the same time to get that deal done.” What was once a vision is now the bustling and vibrant Homeland grocery store at NE 36th and Lincoln.

Upon the triumphant completion of several of her largest projects, O’Connor was considering going into business with a private firm when COVID-19 hit, and an opportunity arose to help small businesses survive. O’Connor and her team created an emergency response small business assistance program in less than a month after the start of the pandemic and successfully distributed nearly $60 million to OKC businesses. “It took somebody like me to make sure it was going to happen, so I’m glad I stayed.”

Recently O’Connor finally did move on to the next phase of her remarkable career. She founded COalign Group, a company that will help cities develop or redevelop economic development strategies and policies. O’Connor explained, “I have been able to complete some projects that I had a lifelong desire to finish. And when I had finished them, I decided it was time to give somebody else a chance to lead economic development in Oklahoma City and see what they would like to do with it.”

Because that is what champions like Cathy O’Connor do. They barrel through glass ceilings and empower others to do the same.