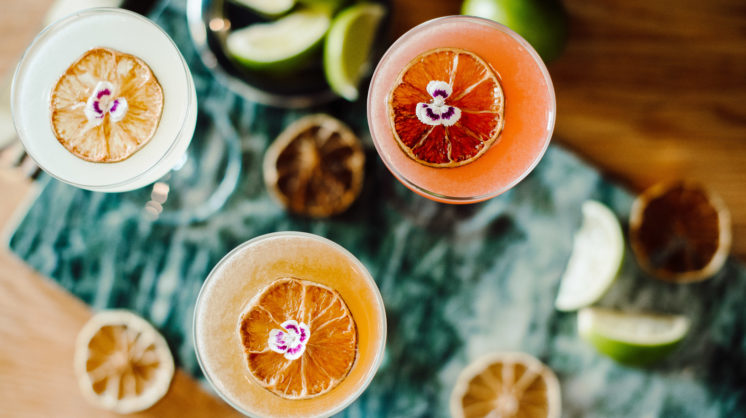 Our task this month is to rescue one of mixology’s great cocktails from convention halls and tropical cabanas, where it has been pressed into service as a frozen, sugary sludge. This latter-day incarnation of a daquiri has destroyed the integrity of what should be a light, refreshing, rum-based parenthesis in a long day.

The daiquiri was never meant to become a sno-cone for grown-ups – or alleged ones, anyway – but as R&J Lounge and Supper Club’s bar manager Mitch Czarneski puts it: “The ’90s were a dark time for bartending, man!” (If you remember Bill Paxton’s role in Aliens, you’ll nail the tone.) 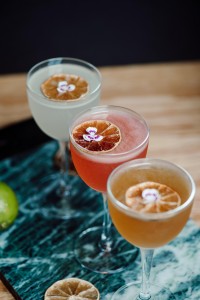 “The growth in popularity of the daiquiri goes all the way back to FDR’s ‘Good Neighbor Policy,’” Czarneski says. “The U.S. started importing more rum as a result of that policy.”

The classic daiquiri is two ounces of silver rum (R&J uses the solid Castillo Silver for well rum) and three-quarters of an ounce of fresh lime and simple syrup: shake, strain, serve up with garnish in a Nick and Nora. Simple. Balanced. Beautiful. The magic of a daiquiri is that it is sweet-ish but not cloying, thanks in large part to the fresh lime. As a rule, acid balances sweetness, and balance makes for a great cocktail. Variations in sweetness are simple adjustments; a quarter ounce of simple for tart, and an ounce of simple for noticeably sweet.

“There are other variations, and we experiment with them at R&J,” Czarneski says. “We make the Hemingway, of course, and Hemingway hated sugary drinks, so there is no simple syrup, and the standard build has grapefruit juice and maraschino liqueur in addition to more rum and the lime juice.” 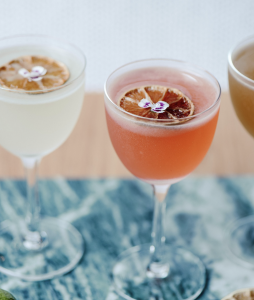 The Hemingway, which tips toward boozy, is not for everyone, but there are other versions that maintain that perfect balance. For a favorite variation, R&J used Coca-Cola syrup and Plantation Pineapple Rum, which has rapidly become the flavored rum of choice for good bartenders around the metro for good reason: It’s a well done, delicious, easy-to-mix rum, and it’s even good as a sipper. Honestly, it’s rare to find a mass-produced product of this quality in the booze world.

Julia McLish uses the Plantation Pineapple for Barkeep Supply’s pineapple daiquiri, and Plantation Three Stars for the traditional build. Cruzan Aged Rum is the heart of her strawberry daiquiri, and that’s where the variations can get interesting and complicated. McLish adds a bar spoon of Bonne Maman strawberry preserves to the build, and that creates challenges in balancing the drink. Good bartenders won’t struggle for long with the task, but home bartenders will probably need to tweak more times before finding the sweet spot. Surely among the more rewarding tasks to undertake in the remnants of an Oklahoma summer.