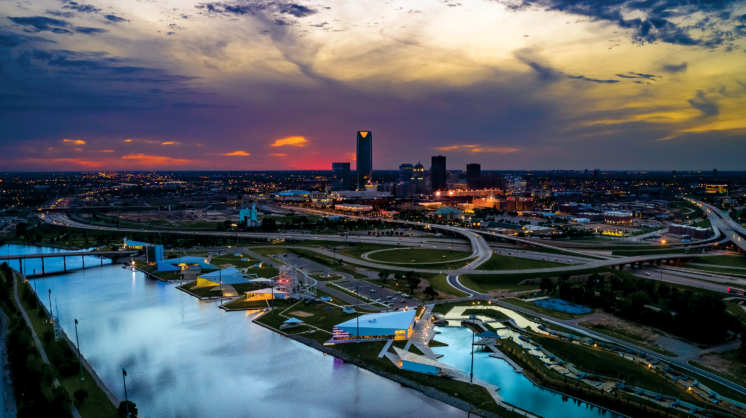 The Oklahoma City metro comprises 11 cities — from the metropolitan cityscape of downtown OKC to the sprawling farmlands and homegrown hospitality of Shawnee. In order to understand the depth of the area’s diversity, it’s necessary to see the specifics of all the component cities and how they differ from their neighbors. We believe every city listed is worth the drive, and we’re here to give you, as well as your out-of-state friends, the starting information for your journey across OKC’s varied and far-flung communities.

THE WEATHER
The tried-and-true elevator small talk about weather is actually applicable to Oklahomans. A colloquialism around here — if you don’t like the weather, wait five minutes and it’ll change — is more fact than local fiction, given that Oklahoma is beset by nearly every form of weather, and it’s not unusual to see a 40-degree temperature swing in a day. Since we’re genuinely knowledgeable in the severe weather department, it’s smart to pay attention during tornado season (April to June) but it’s totally fair to be skeptical when KFOR’s Mike Morgan wears his bedazzled tie and interrupts your television show to announce an impending foot of ice.

SPORTS
No one expects you to leave behind your love for your favorite college team — unless it’s Texas— but we will expect you to choose between the Oklahoma State University Cowboys and University of Oklahoma Sooners once you’ve been here long enough to know what Bedlam is. The Thunder are our much-beloved NBA team, no matter how many of our favorites they trade away, but we’re not one of “those” NBA cities, so feel free to sport your NBA gear from any team you love.

TRANSPORTATION
Nothing is ever way too far in OKC proper; in fact, locals will tell you just about everything is 15 minutes away, and weirdly, it works out more often than you’d expect. For the most part, the roads are a grid, so correcting wrong turns is easy, and we gave up the impossible one-way-only system of downtown roads years ago. Learn the highways and the landmarks, and we’re among the easier cities to navigate. Downtown, you can also grab the streetcar or a Lime scooter.

MAJOR INDUSTRIES
Energy, especially oil and natural gas; agriculture takes up a lot of space, but it’s not as huge a part of the GDP as the space indicates; Tinker Air Force Base; universities and colleges; medical marijuana (we’re not potheads; we’re taking medicine, Denver); hospitality, especially restaurants; homebuilding; predicting the weather.

COMPASS DIRECTIONS
Locals know how to orient themselves to the compass points, and they’ll speak to you as if you do, too. If you don’t, this might help: Edmond is north, Norman is south, Yukon is west and Tinker is east. We only use the four cardinal directions, so that should simplify things. Good luck.

A NOTE ON “Y’ALL”
As long as you are using it to indicate second-person plural in a superior form to the ambiguous “you” or the clunky “you all,” you will pass as a local. Try to use it as second-person singular, though, and we’ll know you’re from Georgia.

A NOTE ON TEXAS
Generally speaking, we like Texas fine; we just don’t like admitting it, so don’t put us in the position.

INSTAGRAM SPOTS
If you want your family and friends to know you’re here and fitting in, you’ll need your Instagram album to reflect that. We recommend pics at the OKC National Memorial, the view from Vast, the rooftop bar OBar at The Ambassador, the National Cowboy and Western Heritage Museum, Paycom Arena, Skydance Bridge, Midtown Plaza neon, somewhere along Route 66 and Cattlemen’s Steakhouse (with lamb fries). 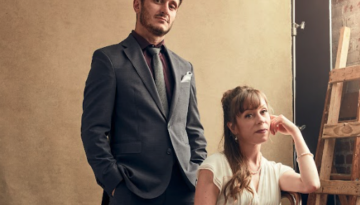 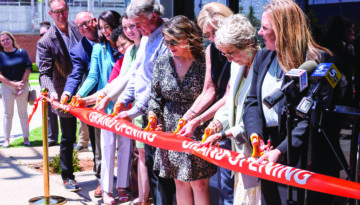 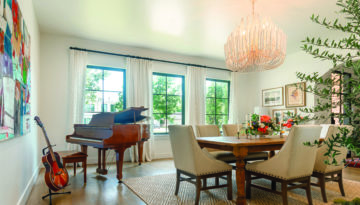 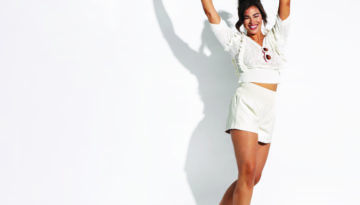