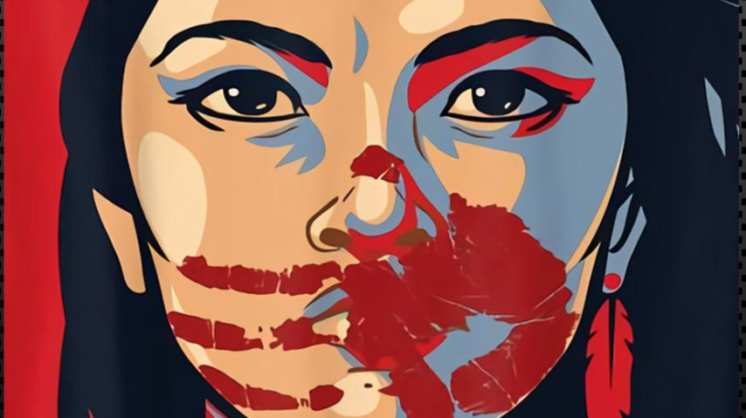 Indian Country faces an ongoing crisis of violence, the rates of which far exceed the general U.S. population. According to the U.S. Department of Justice, indigenous women are 10 times more likely to be murdered than the average citizen.

In response, the Department of Justice under former U.S. Attorney General William Barr created an initiative in late 2019  to provide for greater coordination between tribal and non-tribal investigations, and reduce the number of unsolved murders and missing person cases.

The sheer volume of unsolved cases becomes clear from a visit to the National Missing and Unidentified Persons System (NamUs). Located on a server at the University of North Texas Health Science Center’s Center for Human Identification in Denton, Texas, NamUs is a fluid, constantly updated list of missing loved ones and friends, a monument to the challenge facing law enforcement and families when trying to locate those who have disappeared.

Like many databases, NamUs utilizes filters to get the user to the desired information. It only takes two filters, for “state” and “ethnicity,” to reach the list of 68 missing and murdered indigenous persons (MMIP) in Oklahoma. The youngest person on the list is Angel Torres Jr., who went missing eight years ago in Tahlequah when he was less than 1 year old. The oldest is Wesley Still Smoking, a member of the Kickapoo Tribe, who was last seen on imagery from a Mayes County trail camera on Oct. 12, 2018. Still Smoking was 76 when a search crew found his abandoned car one mile from the site of the photo. His family told reporters they believe he was driving to Tulsa when he ran out of gas, became disoriented and wandered into the nearby forest.

Some of these cases are weeks old, while others extend back nearly five decades. One of the more recent Oklahoma MMIP cases listed in NamUs is that of 17-year-old Cheyenne Impson of Oklahoma City, whose disappearance barely made a ripple on local news when she was reported missing Nov. 15, 2020. On the other end of the spectrum is the case of Arile Wayne Shatswell, a member of the Cherokee Nation who was last seen in Oklahoma City around June 1, 1976. He was 36 at the time; if he is still alive, Shatswell is 81 now.

The stories surrounding such cases are unified by their uncertainty. Without knowing what truly happened to Impson, Still Smoking, Shatswell and Torres, families are unable to find closure and begin to heal. Much of the problem is jurisdictional – many such cases fall through the cracks when tribal law enforcement and local and state counterparts are unable to agree on how to proceed with investigations.

“Over several generations, we have had jurisdictional issues,” says Summer Wesley, an attorney, activist and member of the Choctaw Nation. “We have racism that plays in. We also have socio-economic issues which, of course, overlap in many ways. And so what I’m finding in working with families in our communities is when a person goes missing, it can be very hard to get an active search actually organized through law enforcement, mostly because they’re very under-resourced. So, in a lot of cases, when there is a missing person, those active searches that you see or hear about are generally organized by the community and by the family.”

These circumstances led Barr in November 2019 to announce his national strategy to address the rising number of missing and murdered indigenous persons.

“American Indian and Alaska Native people suffer from unacceptable and disproportionately high levels of violence, which can have lasting impacts on families and communities,” Barr said at the announcement. “Native American women face particularly high rates of violence, with at least half suffering sexual or intimate-partner violence in their lifetime. Too many of these families have experienced the loss of loved ones who went missing or were murdered. This important initiative will further strengthen the federal, state and tribal law enforcement response to these continuing problems.”

Barr’s MMIP initiative included a pilot program implemented in 11 states, including Oklahoma, that established jurisdictional guidelines between tribal authorities and their counterparts at the local, state and federal level. The effort was to be spearheaded by a coordinator appointed by U.S. Attorneys based in these states. U.S. Attorney Trent Shores, who oversees the Northern District of Oklahoma and is a member of the Choctaw Nation, saw the importance of the initiative both personally and professionally.

“What I saw as I became U.S. Attorney was a need to continue to not just investigate and prosecute the missing and murdered indigenous persons cases, but really a need to better coordinate on them,” Shores says. “And so I worked with my colleagues nationwide, and with the support of the Attorney General we launched this initiative, where each U.S. Attorney’s office that had Indian Country [within its district] designated someone to be their missing and murdered indigenous persons coordinator.”

Working with Brian J. Kuester, U.S. Attorney for the Eastern District of Oklahoma, and Timothy J. Downing, U.S. Attorney for the Western District of Oklahoma, Shores and his colleagues selected Patti Buhl as the MMIP coordinator for the state in June 2020. Buhl, a 25-year law enforcement professional who most recently served as chief of police for Northeastern State University in Tahlequah, is also a member of the Cherokee Nation. She is currently working with two tribes participating in the pilot program – the Muscogee Creek and Cherokee Nations – to build guidelines in four key areas of missing persons investigations: community outreach, law enforcement, victim services and public and media communications.

“I receive feedback from both tribes that I take back to our federal working groups,” Buhl says. “We make any adjustments we need to those and then they are released nationwide once those revisions have been made, so that other tribes can use the framework to build their own guidelines moving forward.”

Buhl said one of the most important reasons for the guidelines is reducing friction during the first two days of an investigation, which is widely regarded in law enforcement as crucial to the eventual solution of a missing persons case. In addition, these cases often involve transport across jurisdictions.

Beyond the guidelines for coordination, the Federal Bureau of Investigation is providing rapid deployment teams to provide expert support at the beginnings of investigations. A tribal, state or local law enforcement agency can request that the FBI provide Child Abduction Rapid Deployment (CARD) teams, cellular analysis support and evidence response teams, as well as cyber analysis agents to investigate digital evidence and social media activity.

Buhl is a firm believer in harnessing the data available in NamUs, as well as fortifying the database’s potential for creating matches during investigations. She said there are sometimes blind spots in these investigations, as well as errors that can send authorities in the wrong direction. When she started her work as MMIP coordinator, Buhl looked at several missing persons cases she worked on at Northeastern State University, ones that she knew involved Native victims. Several were wrongly classified as white.

“If you met me, you would not probably recognize that I’m Native,” Buhl says. “And I am; I’m Cherokee and I’m Kiowa, but I have very fair skin and blue eyes. So, a lot of times people working the case might either accidentally mark them as white, or they might make an assumption that they’re white, or nobody tells them that they’re Native. It’s not always for any reason other than maybe nobody provided that information. If you know anything about data, you know that data is complicated.”

There are also issues of trust. Wesley said that many of the people she has worked with lack faith in the intentions of non-Native law enforcement. Much as the Black Lives Matter movement has illuminated the effect slavery and historical racism have on present-day people of color, these same issues exist within Native communities, which often deal with racism that is not veiled or hidden in any way.

“I have heard judges from the bench say, and this is a direct quote from one judge, ‘I don’t care what those Indians think,’” Wesley says.

Trust is just one of the challenges facing investigators, but Shores said he hopes that the MMIP program will help bridge those gaps in trust by facilitating more case closures. While it is always a priority to find missing persons quickly and while they are alive, being able to tell families what happened to their loved ones is important to everyone involved. He said he even has hopes of closing cases like Shatswell, who was first reported missing 45 years ago.

“A lot of these missing persons cases, if they begin in Indian Country, sometimes they end up on state lands,” Shores says. “So they turned out to be state cases. I really hope that this initiative can bring closure and peace to the families of victims, through better communication and coordination. And it’s something that when you look at it from the perspective of the U.S. Attorney, or the district attorney, you want those law enforcement agents to find the individual or individuals responsible for causing this person to have gone missing. You hope and pray that it doesn’t turn out to be a victim that goes from the missing category to the murdered category.”