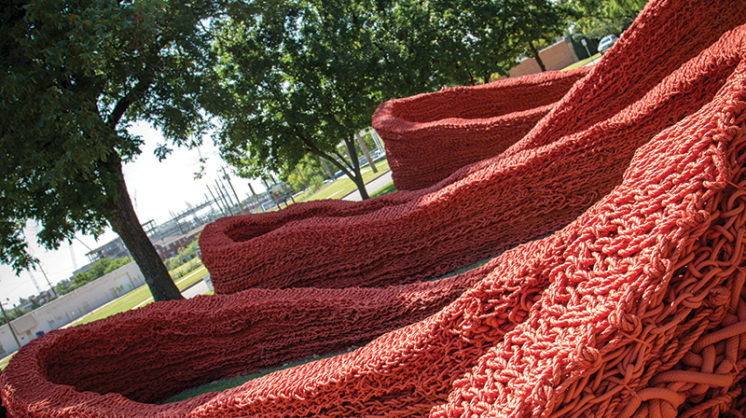 At first glance, a piece of artwork along N Broadway in downtown OKC looks oddly misplaced, with a vacant field as a backdrop. But it’s no accident: “Terra,” an immense knotted rope sculpture by artist Orly Genger, whispers that bigger things are to come.

Oklahoma Contemporary Arts Center plans to construct a 50,000-square-foot building on the site that will itself be a work of art, as well as a crown jewel that will bookend the north entrance into downtown.

Elliott was a natural fit based on his unique architectural designs and relationship with the organization – he and its co-founder, Christian Keesee, have worked for 25 years to enrich the arts in Oklahoma. Elliott took his love of the organization, and with Keesee’s blessing, set to work to create a new home that itself would celebrate the arts, Oklahoma and its people. 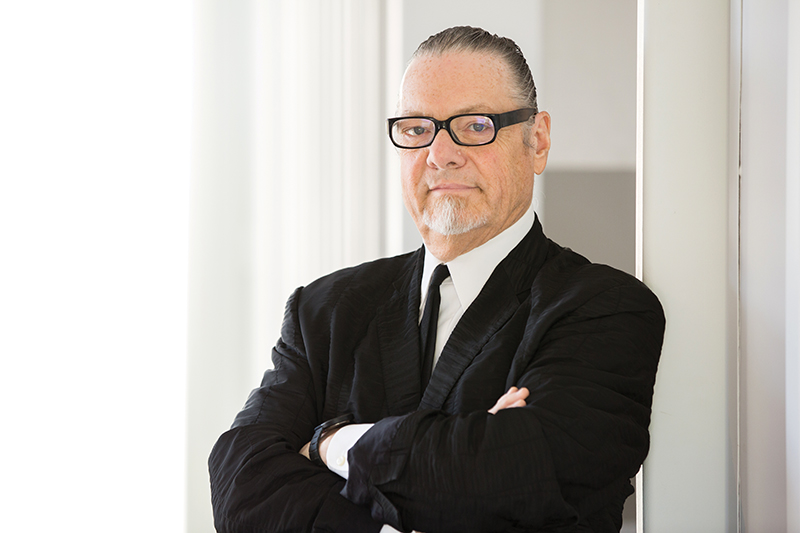 “As an architect, the more you know about a client the better,” Elliott says. “We know each other, we like each other and we have a common vision.”

The result is a stunning metal and glass structure dubbed Folding Light.

“In many ways, while you hope to have a building that is aesthetically appealing, it also has to be functional,” Keesee says. “Rand worked very hard with the educators, administration and board of Oklahoma Contemporary to make certain that all of the practical needs will be met, but also to provide for a new, dynamic, attractive building that will not only function as an art center, but as a new cultural destination. I think our city will be very proud of our new building.”

The Oklahoma Contemporary structure will have a facade composed of folded metal sheets designed to play with the light in a way few buildings can achieve. Renderings show how the facility’s appearance will change with the light and weather. It is designed to reflect its home state both inside and out.

“It needed to be a mirror of our community,” Elliott says. “The light in Oklahoma is particularly important, and ‘Folding Light’ is a response to the skin of the building.” 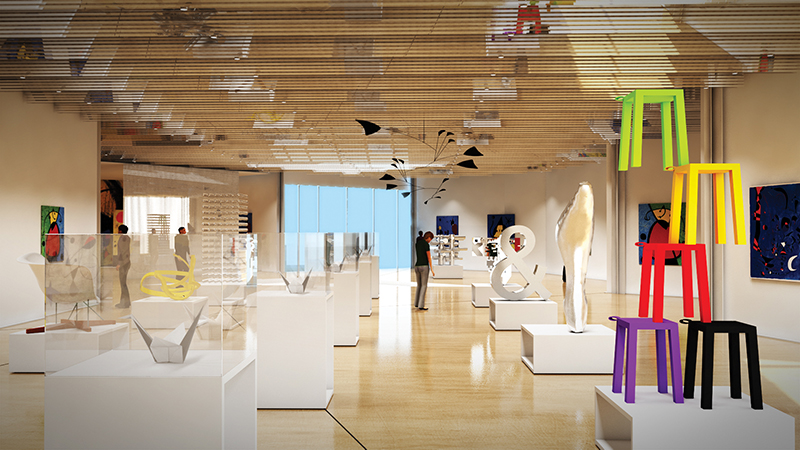 Just as the design is important, so is the placement of the building. The location on Broadway was selected because it’s the entrance to downtown for many coming from the north. It needed to be the kind of structure that would not be mistaken for an office building, but rather something that would draw people to the site to see what was going on.

“Visitors to arts and cultural organizations have come to expect a great visitor experience when viewing art, attending a Philharmonic concert or bringing their family to take part in new art experiences,” Keesee says. “That experience has been a part of our planning since day one. Our new building will be visually striking, but also very practical and easy to use for the 75,000 visitors we plan to see in our first year of business at 11th and Broadway.” 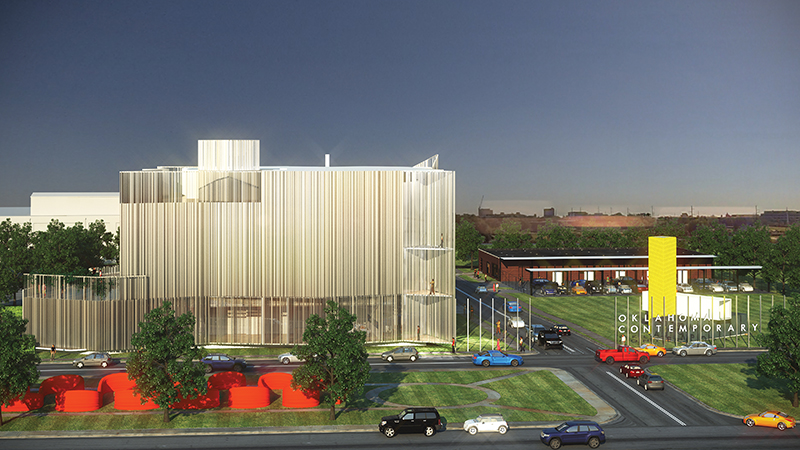 Oklahoma Contemporary is not a museum in the sense that it doesn’t purchase or collect art. Instead, it functions as a way to educate visitors, highlight local artists and tie those artists and the community into the global arts scene. The center, currently housed at the Oklahoma State Fair Park, offers enriching art classes in a variety of disciplines.

Elliott said one main advantage of the new building will be enhanced control over temperature and humidity, enabling curators to preserve and protect art, and giving the site the ability to host national touring exhibitions that might otherwise never be seen in the state.

In addition to hosting famous exhibitions, Executive Director Donna Rinehart-Keever said the new facility would allow the organization to offer additional programming and educational opportunities in an expanded space, and to be a resource for the community. 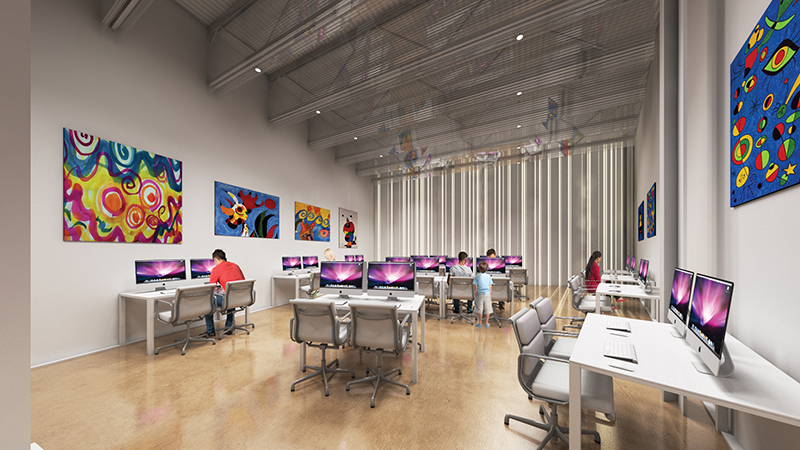 “We expect more than 20,000 youth and adult students to take advantage of a much-expanded visual arts curriculum, with such classes as animation, filmmaking, 3-D printing and design, metalwork and jewelry-making,” she says. “We’ll have space to deepen our thriving ceramics, sculpture, fiber and 2-D arts programs. We’ll also develop a larger performance art curriculum, with expanded programs in dance and new classes in drama and public speaking. The dance studio and theater, as well as other areas throughout the building, will be available for private events.”

With renderings drawn and plans still being tweaked, Oklahoma Contemporary is working to slowly introduce itself to downtown at the new site. In addition to the “Terra” sculpture, The Showroom at Oklahoma Contemporary, made from four shipping containers, opened on the site in March.

Elliott said it is gratifying to finally see the light at the end of the tunnel for a project 25 years in the works.

“This is our opportunity to make something happen,” he says.

The new arts campus project, while well on its way to meeting its fundraising goal, still has a ways to go. As of press time, just over half of the $26 million price tag has been raised, but Oklahoma Contemporary Executive Director Donna Rinehart-Keever said a capital campaign committee is in place, and they will break ground when 80 percent of the fundraising goal has been achieved.