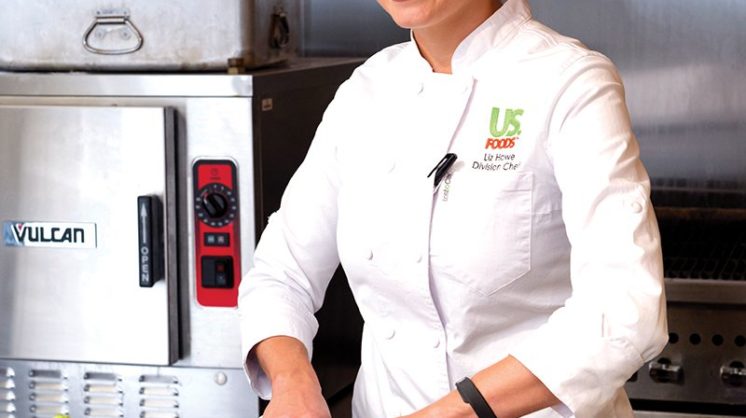 Until recently, Elizabeth Howe was the executive chef at Flint in the Colcord Hotel, a position that required overseeing the food for the restaurant, as well as catering and room service. The stress and frenetic levels of energy required to run such a busy operation often drove her to her garden – a potager garden, a combination of ornamental and edible plants. (We had to look it up, too.)

“It’s incredible, seeing what starts as a pile of dirt come to fruition,” she says. “Being in my garden makes me feel at peace.”

Howe grew up as part of a very large family, and both parents were avid gardeners who were committed to healthy eating. As a result, the family ate chicken, fish, rice, eggs and vegetables mostly, but Howe still has a love for nachos – really, all Tex-Mex. Her grandmother, “Nana,” introduced her to cooking, and she still tries to replicate Nana’s recipe (butter, eggs, fresh cracked black pepper) and technique for perfect scrambled eggs.

“My Papa would tell you that my eggs are close, but that I haven’t mastered the technique just yet,” Howe smiles.

Her Nana handed her a knife when Howe was 9 years old. After showing the future chef how to use the implement, Nana made her chop every veggie the family used for meals for the rest of the summer. Howe started cooking with a task that helped her understand chef work is hard work, often tedious, but ultimately rewarding.

An epiphany began her culinary career. “I was working as a bartender, a nanny and a karaoke host, and I was in the process of enrolling to finish my [literature] degree so that I could be an English/Arts/Humanities teacher, when I had my ‘light bulb moment,’” she remembers.

The prospect of teaching the same lessons every day, every semester, every year provoked a panic attack. After deciding the classroom wasn’t for her, she went to the library to do some research, “like all lit nerds do.” She described her epiphany thus:

“I was standing in my kitchen with Jacques Pepin’s La Technique and had three different pots of stock going. Steam was rising and billowing throughout the house, and I had the book balanced on my hip while I was thumbing through the pages when it hit me: This is what I am supposed to be doing. I am a cook and this is my language.”

Howe’s new role is division head for US Foods, a position that will require another of her favorite things: travel. She loves to travel, and while away, she tries to identify the things that are missing from her food routine; that’s how she figures out the spectrum of Okie food/cooking.

One often-overlooked component of Oklahoma cooking is the use of indigenous products, so Howe chose bison as her protein for this month’s recipe. She doesn’t eat very much red meat, so when she does, it’s an indulgence – as such, she wants a cut that is “high quality, flavorful and relatively low in fat.” Her main warning: The low-fat content means bison overcooks easily and quickly. 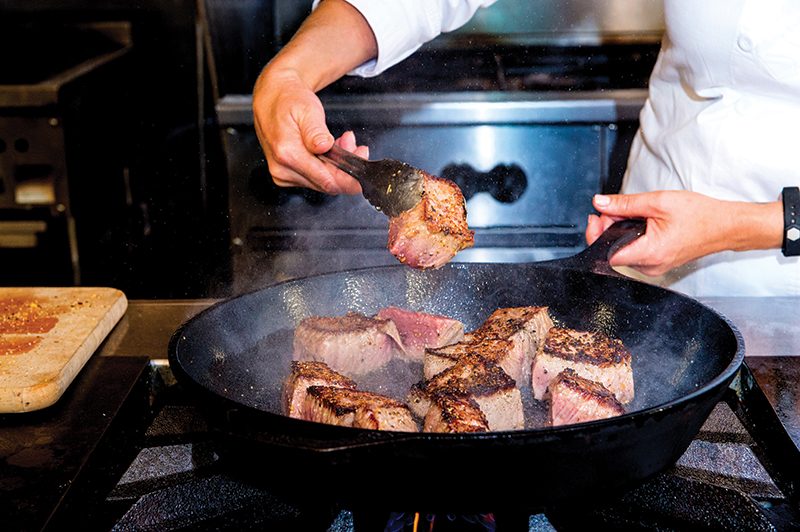 4 cans of beer (pilsner or light ale is best) 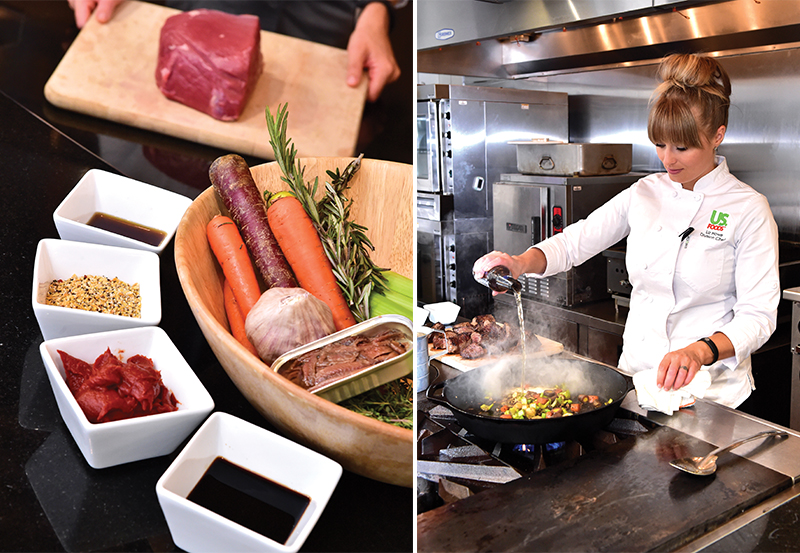 • Combine all the liquids with tomato paste. Set aside.

• Add oil to a hot Dutch oven and sear roast on all sides. (Caramelizing all sides of the roast deepens the flavor.) After searing, set it aside.

• Add a little more oil to the pot, if needed. Throw in all of the veggies and allow to sweat, making sure to scrape up the browned bits while stirring. When the veggies are beginning to caramelize, add the herbs and stir.

• Return the roast back to the pot and cover with all of the liquids. Bring to a boil, then reduce to simmer. The roast will be finished when it is easily pierced with a fork or butter knife.