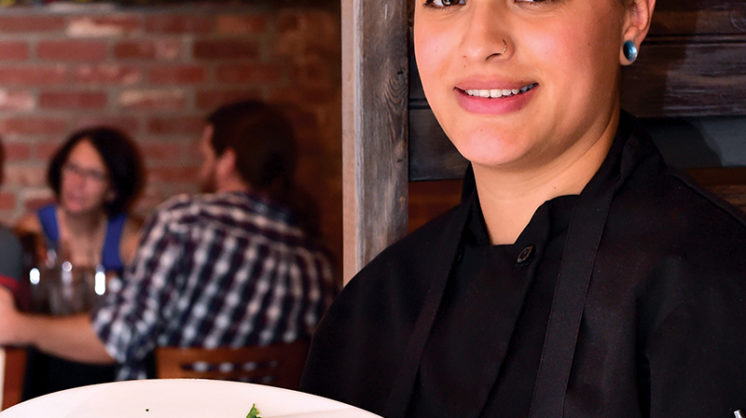 When you grow up in a family of 12 siblings, food is, like time in the bathroom, a precious commodity. Jacque Methvin is the executive chef at Scratch in Norman, and she grew up with parents who valued adoption – really valued it.

“My mom worked in adoption services for years, and even published two books about it,” Methvin says. “Mainly, though, I think my parents just wanted to give a good loving home to children who didn’t have one.”

That home included several adopted children, both from the U.S. (including Methvin) and multiple other nations. Methvin’s parents wanted their kids to experience each other’s cultural cuisine, and since two of the siblings are from Korea, the family was eating kimchi when she was still a kid, even for breakfast.

“I still use my mom’s kimchi recipe,” Methvin says. “We also ate a lot of Crock-Pot meals growing up, like pot roast and beef stroganoff. She also made lots of rice and chili. I still use her chili recipe, too, because it’s my 9-year-old daughter’s favorite thing to eat.”

At 23, Methvin started her own baking and catering business out of her home. She had spent several years reading cookbooks and practicing her craft, and the business was the first time she made a decision to pursue food service as a career.

“I started out doing my small caters and baking for fun,” she remembers. “It was something to do with my time since I was a stay-at-home mom. When I got divorced, I realized I needed to support myself, so I took a job working for a large catering company here in Norman.”

The no-nonsense cuisine of her childhood has helped Methvin value “real food.” It’s the kind of food she focuses on at Scratch. “We make food with real ingredients,” she says. “That’s what I love about what we do. It’s not the heavily processed stuff they call food these days.”

For her recipe this month, Methvin chose shrimp scampi with angel hair pasta. Like the meals of her youth, this is one that can be served from a common pot with a big spoon. 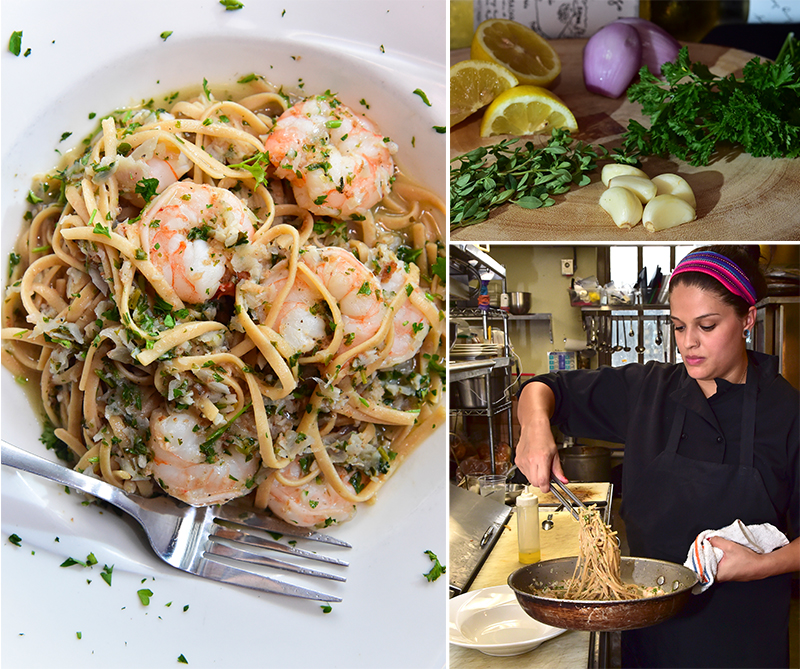 • Combine shallots, 5 cloves garlic and 2 tablespoons of the olive oil in a food processor and make a smooth paste.

• Pour 6 tablespoons olive oil and the remaining garlic into a large skillet over medium- high heat. Let the garlic sizzle for a minute, then add half the shrimp and all the thyme. Season with 1/2 teaspoon salt and cook until the shrimp are seared but not fully cooked, about one to two minutes.

• Remove to a plate and repeat with the remaining shrimp and another 1/2 teaspoon salt. Remove the shrimp and thyme from the pan to the plate.

• Add the remaining olive oil and the garlic-shallot paste to the same skillet on medium heat. Cook, stirring constantly, until the paste has dried and begins to stick, about 2 to 3 minutes.

• Return the thyme to the pan and pour in white wine, lemon juice, the remaining salt, 4 tablespoons butter and one cup water. Bring the sauce to a rapid boil and cook until reduced by half, about 4 to 5 minutes.

• Whisk in the remaining butter and return the shrimp to the pan. Cook and toss until the shrimp are coated with the sauce and just cooked through, about 2 to 3 minutes.

• Stir in the parsley. If the sauce still seems too thin, stir in the breadcrumbs and bring to a boil just to thicken. Serve over angel hair pasta.