A Recipe to Grill Greatness - 405 Magazine 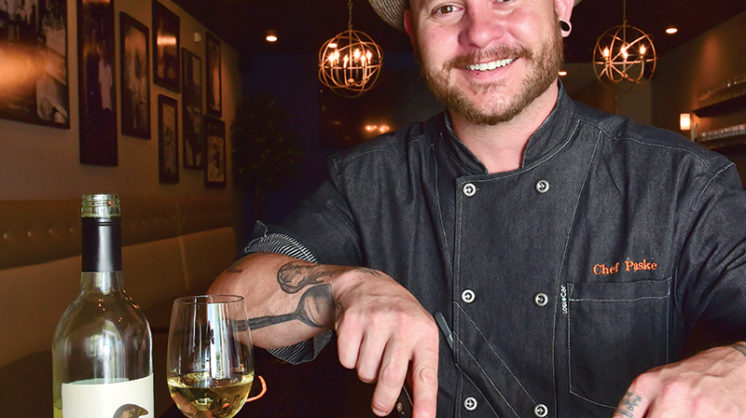 Michael Paske started his food career at McDonald’s. The Chef de Cuisine at Venue 7 started cooking as a child because his mother worked too many hours for her to be home cooking for him all the time. When the time came for him to get a job, food made sense.

“She taught me how to scramble eggs, pack my own lunch, things like that,” Paske says. “I also remember watching Justin Wilson ‘gar-un-teeing’ I would love what he was cooking.”

About this same time, his mother made him a meal that stuck with him and influenced him to this day. As meals go, it was pretty simple, but it also demonstrated that the young Paske had an adventurous palate. She prepared grilled steak, Brussels sprouts and lima beans. Anyone who has raised children knows that those last two ingredients never make kids’ top five favorite foods list, or top 100.

“I liked the Brussels sprouts because I thought of them as a tiny head of lettuce I could eat in one bite,” Paske says. “And while I didn’t eat the lima beans then, they are now my favorite bean.”

Paske spent six years at Outback Steakhouse, working his way up from busboy to assistant kitchen manager. He then helped open Primo’s in Yukon as co-executive chef. In his current position, he oversees menu planning and meal preparation for Venue 7’s catering.

Since May is a great month for grilling (storms excepted), Paske chose to modify his signature childhood meal by combining some of the ingredients, and then adding one of his favorite chef-y finishing touches – sunflower seed pesto – with a bone-in double-thick pork chop.

•  salt and pepper to taste

Combine in a food processor and roughly chop. Paske suggests adding a tablespoon each of your favorite herbs to the recipe, and for sunflower pesto, he recommends rosemary, thyme and basil. The pesto needs to be prepared the night before, because the pork chops will marinate in half the mixture overnight. 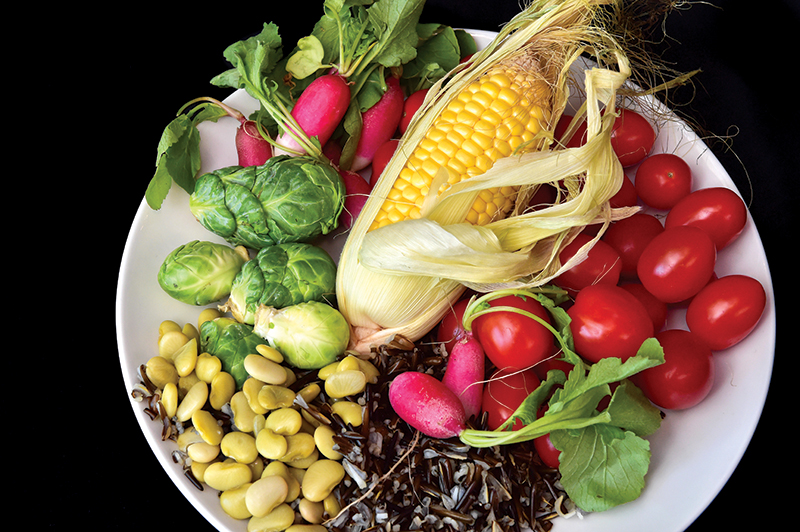 • Place ears of corn on the grill while it’s still heating. By the time the grill gets to temperature, the corn will be ready. Cut the corn from the cob to be part of the succotash side.

• Cook some wild rice before the pork chops go on. Paske said a box of wild rice from the grocery store is fine, but not to use the seasoning packet. Add salt, pepper, butter and garlic to taste.

• Drain a can of lima beans and wash them thoroughly. Combine corn, lima beans and rice into one dish. Add diced tomato if desired. Finally, shave raw Brussels sprouts into the dish. The heat will partially wilt the sprouts, but not so much that the crunchy texture is lost.

• Double-thick pork chops retain moisture better, according to Paske. Cook them on medium heat – if it’s a charcoal grill, that means just off the center – 10 minutes per side. It’s best to turn every five minutes and rotate 90 degrees to create cross-hatch markings. Serve over the succotash, and finish with remaining pesto.