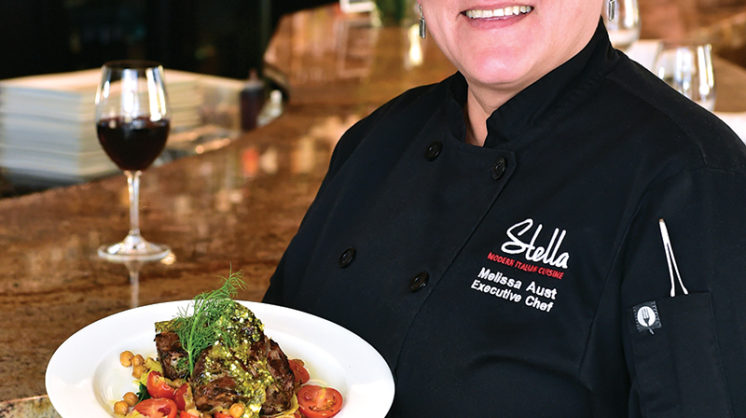 Lamb tends to be polarizing, an amazing accomplishment for a baby animal. Many people avoid cooking with it, either because of its pungency or the perceived complexity of working with a whole rack. While it has been a staple in Mediterranean cooking for millennia, it has never been as central to American diets. The truth is, lamb is not at all difficult to work with, and also amazingly flavorful.

Melissa Aust, executive chef at Stella Modern Italian, uses lamb somewhere on almost all the restaurant’s menus, but it’s a must for the spring menu every year. In fact, the salad described below is the same one she is using on the Stella spring menu this year, largely because Aust loves fennel with lamb.

“Lamb goes well with stone fruits – apricots, cherries and plums are my favorites – and my go-to vegetables for lamb are fennel, parsnips and mustard greens,” she says. “Fennel also reminds me that star anise is my favorite spice to add to red wine if I’m braising; I love the licorice with lamb.”

Aust uses lamb from Colorado or New Mexico, as a rule, but the main point is to use domestic. Lamb from New Zealand, which used to dominate the American market, is one of the reasons the meat has been so difficult to sell to American palates. “The stuff from Australia and New Zealand has a stronger game flavor,” she says, “and the fat is even more intense.” 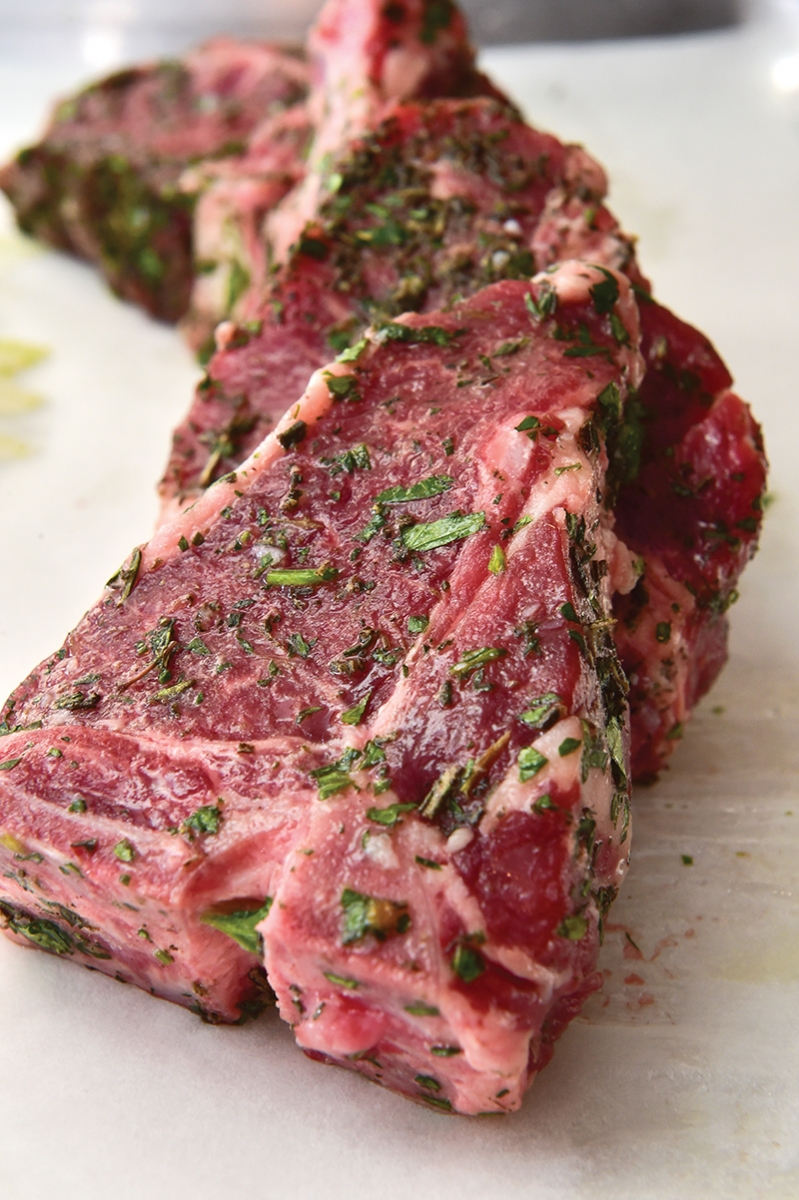 She’s being kind. New Zealand lamb can often be smelled from 10 tables away in a restaurant, and while pungency is often wonderful in cheese, red meat that smells like dirty feet can be a tad repulsive. The fat she speaks of is in fact worse, and if you want to work with a rack of lamb, you have to contend with the “fat cap.”

“The fat cap can be peeled off, which will leave a little additional trimming,” Aust says. “Don’t trim all of it, though. Leave a little to add moisture.”

For the genuine beginner, she recommends ground lamb, as it’s widely available and can be used like any other ground meat; think burgers or meatballs. Simply use your preferred binding agents as you would for beef. Lamb is exceptionally lean, and fat acts as a binder, so you will need to add an agent or two.

When braising muscle cuts or shanks, she prefers chopped fresh rosemary and Dijon. She often adds mustard seed too, and pistachios or hazelnuts pair well for a crust. Chops are really very easy to work with, and Aust said to grill the chops to medium rare (an internal temperature of 120 degrees).

• Marinate the chops for one hour in the refrigerator using a mixture of five cloves of minced garlic, one tablespoon of minced, fresh rosemary, a quarter cup of EVOO, salt and pepper.

• Grill at high heat, approximately six minutes per side. Twelve chops will serve six. If you don’t like mid-rare, medium is about as high as the lamb will go without drying rapidly.

• Shave one fennel bulb. Toss your preferred greens (spinach or kale work best) with fennel, four cups of chickpeas (canned is fine), a quarter cup of sun-dried tomatoes and a good vinaigrette. Aust uses a rosemary vinaigrette to complement the marinade.