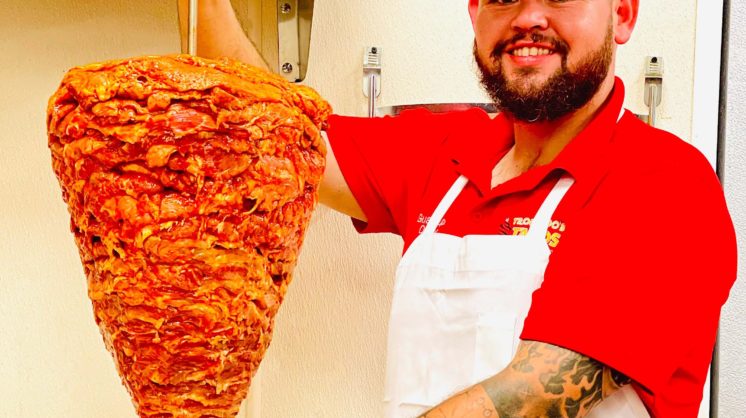 Guadalupe “Lupe” Garcia grew up in and around the food business. The owner of the newly opened Trompudo’s Tacos (at SW 60th and May) is the son of Marcelino Garcia, the founder of the Chelino’s chain of local restaurants. Lupe Garcia said he’s been wanting to open a taqueria since at least 2015, and Trompudo’s is his first foray into that world.

Some children of restaurateurs run the other way, but Lupe Garcia dove in, and not just on the cooking or front-of-house side; he’s a learner, thinker, and strategist who sees restaurants systemically, as clusters of processes.

“My original idea was to open a traditional taqueria,” he said. “I’d been studying what Steve Ells (founder of Chipotle) did with his restaurants, and it looked to me like a QSR (quick-service restaurant) concept ran just like a taqueria.”

Garcia grew up in the world of TexMex cuisine; it was and is Chelino’s specialty, but he also loved Austin’s “Taco Mafia,” a collection of young restaurateurs who are reshaping the city’s already famous taco scene. Plus, he’s eaten his share of tacos in Mexico City and Playa del Carmen. It was the latter that changed the direction of his concept.

“My girlfriend and I went to Playa del Carmen in 2019, and we ate tacos al pastor every day,” he said. “I became fascinated with the Lebanese culture behind al pastor, and the food was delicious.” He also loved that the al pastor in Mexico was carved from the trompo, a vertical, rotating spit based on the design of a children’s toy: the top, or trompo in Spanish. Meat is layered onto the spit, often with onions at the base and a pineapple at the top. The meat roasts on the rotating spit, and then is carved outside-in to make tacos, mulitas, tortas, or whatever else the taqueria offers. Traditional al pastor is pork, a change made from the Lebanese spit-roasted lamb when immigrants settled in Mexico.

At Trompudo’s Tacos, Garcia started with a small-ish trompo, but his sales quickly forced him to scale up to a larger model. Selling more than 700 al pastor tacos in the drive-through (his dining room will likely open next week) on one Saturday is an indicator of what’s ahead. Side note: al pastor tacos aren’t the only option, so the total sales that day were extraordinary. The explosive success is not new. He started selling tacos in a local carniceria, and people traveled to taste his food.

“That was special,” he said. “A lot of the people who came for the al pastor would never have walked into that store, but they were coming because they’d heard about my food. I just want to get this expression of al pastor to as many people as possible. I know it’s not what I had in Mexico City, but it’s as close as I can get it here.”

Garcia also makes the relatively rare suadero, a cut of beef between the belly and the leg. The cut is hard to source; many places use brisket and call it suadero, but Garcia has found a steady source, so his is the real thing. It’s intensely flavorful, like all of his food, including the house-made salsas. Since he doesn’t put a pineapple on the trompo, he serves his tacos al pastor with diced pineapple and his salsa de piña, a traditional pineapple salsa that works on more than just al pastor. Trompudo’s also serves tortas, mulitas, burritos and quesadillas. Start with a taco al pastor, though; it’s why the place exists. 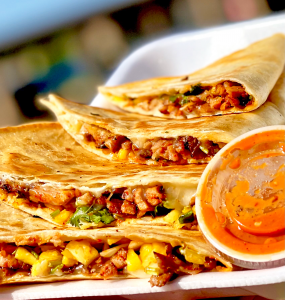