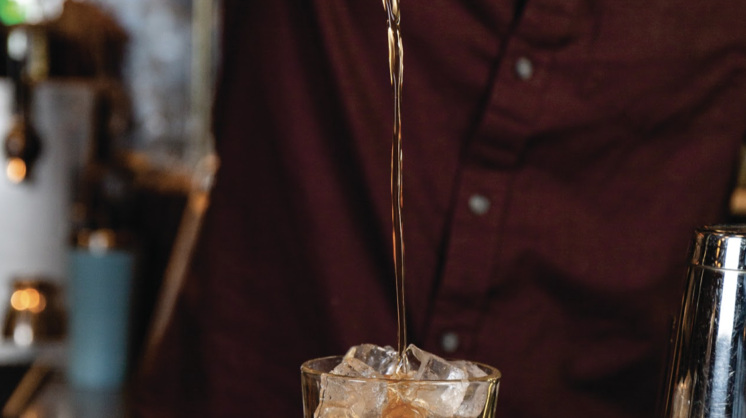 The Old Fashioned has returned to prominence in bars all over the country – and around the metro – because it represents a return to normalcy. According to Alex Larrea, beverage director for the Tower Theatre group, which includes Ponyboy, the Old Fashioned is emblematic of “what cocktails were all about in the first place.”

“It was about dressing up hooch that was available with ingredients that were available,” Larrea says. “In the past decade, bars everywhere went screaming past neighborhood-appropriate bar offerings and into the realm of esoteric drink ideas.”

That move forward was actually just a boundary-extending foray into “borderline edible ingredients and the literal use of smoke and mirrors,” so that now we can comfortably order an Old Fashioned, Bee’s Knees or even a Sazerac with full confidence that a bartender will have a better-than-average chance of knowing how to make it without referring to a recipe library or Google. Classic cocktails are the new normal at craft-centric bars and better restaurants.

Brenna Murphy, a bartender at Barkeep Supply in Midtown, said the Old Fashioned is a favorite of bartenders and customers because it packs a ton of flavor into a relatively simple cocktail. “I think it’s popular again because of its versatility,” she says. “It’s just sugar, bitters and spirit, so it’s easy to construct, and it’s also easy to reconstruct with different ingredients.”

“Something about the bitter, brown and boozy format lends itself to endless variation around the simple concept,” Larrea says.

The classic version included muddled fruit and granulated sugar, but good bars now use house-made syrups and expressed orange peels to achieve the balance of sugar, acid and spirit. Larrea is a purist in one sense; he believes Angostura bitters are the best way to go. That is the classic build of the Old Fashioned, but bartenders typically choose their favorite booze to change up the basic structure even if they stick to Angostura. Ponyboy uses Evan Williams black label for the bourbon version, but several bars around town are using Old Overholt Rye for a spicier version of the drink. 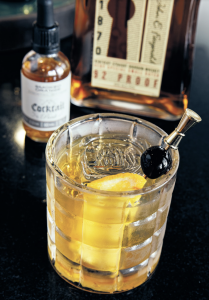 Murphy and Julia McLish at Barkeep make a variation with Larceny Bourbon and Cocktail Punk Smoked Orange bitters that is less punchy and fruitier without losing any seriousness. R&J Lounge, surely the state’s best day-drinking bar, uses Old Overholt Rye or Four Roses Bourbon for their builds. High-proof whiskey is an important choice because the Old Fashioned is designed for people who love whiskey, so once the simple syrup and bitters are added, the high proof ensures the whiskey kick and flavor still come through.

In defiance of the trend toward sugary $14 cocktails and the inexplicable popularity of cheap but blasé vodka tonics, the Old Fashioned hits the sweet spot for quality and cost by existing in the $6-$10 range on menus all over the city. That’s partly because cost is low for bars – as Larrea pointed out, it’s just bitters, booze, syrup and an orange peel – but the experience is rewarding for consumers; it tastes like a much more expensive indulgence because there’s so much flavor and punch in that one glass.