Anatomy of a Happy Accident - 405 Magazine 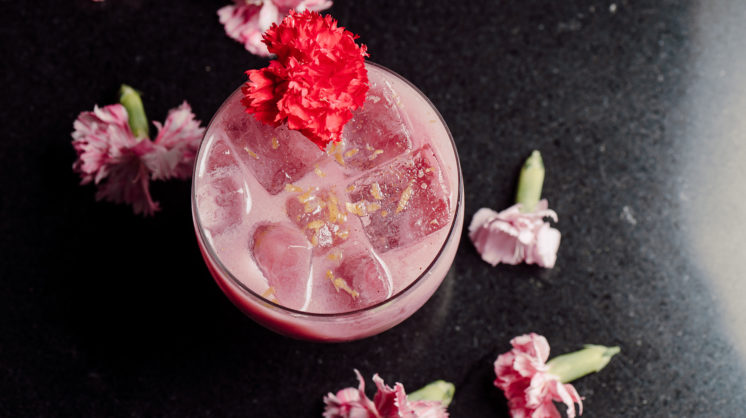 Calling it the happy accident was the only way to go. When Dylan Kremeier, a bartender at Barkeep Supply in Midtown, started working through his contributions to owner Julia McLish’s garden-themed spring menu, he wanted to use his house-made blueberry-lemon zest syrup. Beyond that, it was a matter of trial and error.

When a bartender starts on an original recipe, there are a variety of approaches and no hard and fast rules. “Sometimes it’s a syrup, or fruit, or a spirit,” McLish said. “We use references like The Flavor Bible to help direct us when it’s an unusual or rarely used ingredient, but a lot of it really is trial and error — for flavors, ingredients and proportions.”

Kremeier knew he wanted to work with blueberries, and syrup is nearly always the best way when it comes to cocktails. The fruit lacks intensity in even its freshest forms, so a syrup concentrates the flavor and adds sugar that the drink is likely to need anyway.

“I used lemon zest to brighten the flavors, and then went to The Flavor Bible to see what works with blueberries,” he said.

He was surprised to learn that cream and cognac were two of the suggested pairings. “I tried milk first, but it didn’t work, so I switched to Rumchata, and that also gave me the added cinnamon notes. But the cognac didn’t work by itself, so I did a split base with rye to finish it off.”

Show someone a list that includes cream, cognac, blueberries, lemon, rye, cinnamon and rum, and they’re likely to be amazed that all those components work together. Unlikely as it sounds, they do, so “The Happy Accident” seemed an obvious choice.

The addition of edible flowers for garnish makes the cocktail even springier, and to solidify an already existing relationship, McLish decided to work with Prairie Earth Gardens on all the cocktails on the spring menu.

“We’ve used their products off and on, and I wanted to feature them even more,” McLish said. “They have some of the coolest locally grown produce in OKC, including beautiful edible flowers that change with the seasons.”

The final product is a creamy, zippy, slightly boozy homage to spring that just works. A happy accident, indeed — give it a try at Barkeep, 1121 N. Walker Ave.