At the Bar: Anchor Down 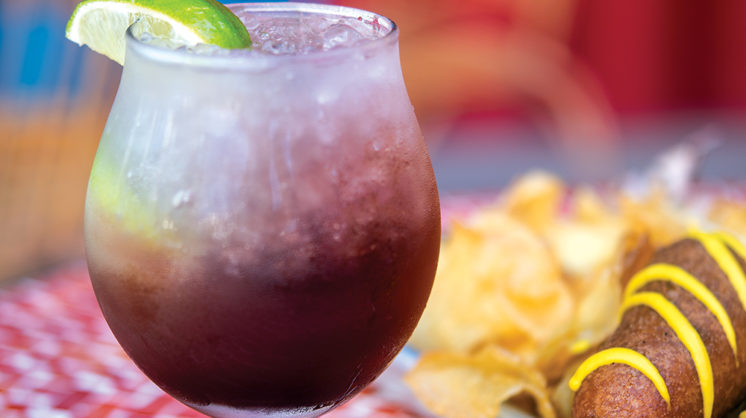 Oklahoma is a Scorpio. We officially became the 46th state on Nov. 16, 1907, and that means it has a birthday coming up … but since 111 candles are probably a bit much for a single cake, you should probably celebrate with a drink instead. And if you’re anywhere near Deep Deuce, there’s an ideal option waiting at Anchor Down, in the OKSea development at 30 NE 2nd.

The Okie Mule isn’t particularly complex. In fact, it only has four ingredients: vodka, tonic, ginger beer and a slice of fresh lime. But it’s the quality of those ingredients – especially when combined by manager Taylor Kerby – that makes the cocktail so refreshingly delicious, and their provenance that makes it a prime way to toast statehood day. The vodka in question is from Prairie Wolf Distillery, which is located in Guthrie and has been producing its signature vodka since its founding in 2013. And the hibiscus tonic that gives it a gently fragrant floral bouquet is Strong Tonic, a line of small-batch mixers handcrafted right here in OKC by a company Glenn Forester started in 2013, as well. (It was a good year for drinking locally.)

Anchor Down’s specialty cocktail is neither simply a Moscow Mule nor a vodka tonic, although it has elements of both of those classics – but for that matter, ours is neither a Midwestern nor Southwestern state, not really. The Sooner State is its own thing, and sometimes that can be delicious. So help yourself to Anchor Down’s Impossible burger or a classic corndog, and raise a glass to many more years of Oklahoma.