At the Bar: The Martini Lounge’s Berry Bliss - 405 Magazine 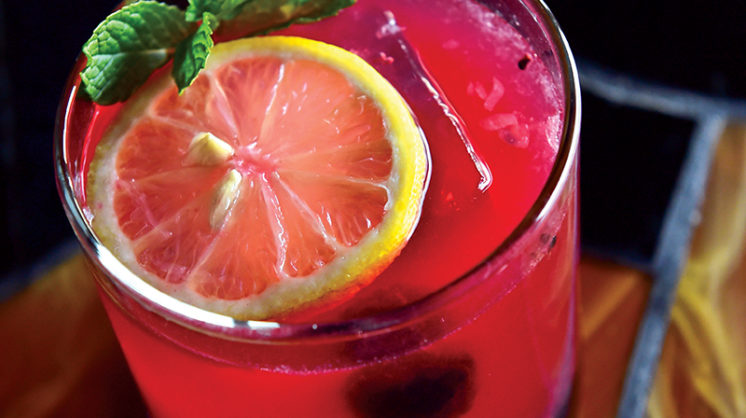 If you’re looking in the bushes and brambles of Oklahoma’s countryside, blackberries won’t be ripe until somewhere around the beginning of July. If you’re in Edmond, however, you can get a jump-start on the season in style; just drop by the Martini Lounge for a Blackberry Bourbon Lemonade.

Found inside the soigne Boulevard Steakhouse, the bar is best known for sterling renditions of its namesake cocktails, but there’s more on the menu than merely martinis – this particular concoction is a house recipe, crafted by bar manager Ashley Flannigan.

Bartender Danielle highly recommends it – “If you’re an Old Fashioned drinker, you would really like it,” she says. Ask her for one next time you’re in the neighborhood, and enjoy the taste of summer sooner.

• Juice from a whole lemon