At the Bar: The R&J Lounge Goes Hawaiian - 405 Magazine 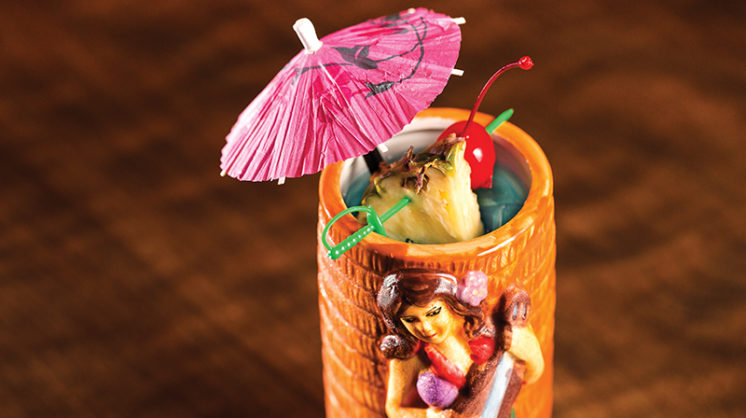 See if you follow this train of logic: The Blue Hawaiian is found at The R&J Lounge, which is a tribute to the supper clubs of the late ’50s and early ’60s, which was (1961) when Paramount filmed “Blue Hawaii,” which starred Elvis, who sang “Blue Christmas.” Clearly, the universe is trying to tell you that you should sample one of these blue beauties this month. Mele Kalikimaka!

• Garnish with cherry and pineapple