At the Bar: Urban Johnnie - 405 Magazine 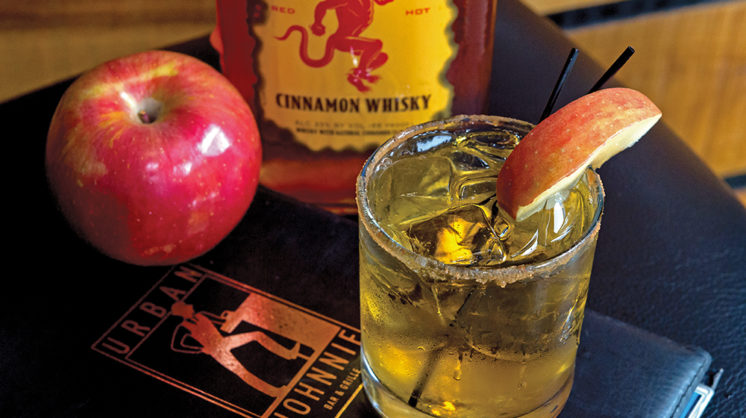 With the caveat that Oklahoma’s weather is notoriously difficult to predict, and the awareness that it was still 70 degrees out in the beginning of December – if you’re planning to gamble on any particular month’s temperatures, you’d be savvy to put your chips on “frosty” in January. It’s OKC’s coldest month, with an average low hovering below freezing. Which means you might be in the market for a little nip of something to ward off the lingering chill outside.

With that in mind, this would be a good time for downtown visitors to duck into Urban Johnnie, at 121 NE 2nd in Deep Deuce, in the Level building across the street from Aloft. The pub is run by the crew behind Johnnie’s Charcoal Broiler, so they know their way around a hamburger, and the Steve McQueen’s bacon, bleu cheese and spiced honey won’t steer you wrong. But this particular grill is also a cool watering hole, with a nice selection of local and far-flung beers and a few crafty cocktails.

One in particular feels seasonally appropriate thanks to its use of Fireball as fuel: The Not Your Momma’s Apple Juice packs a jolt of the cinnamon whiskey, as well as apple schnapps and apple juice (can’t fault them for truth in flavoring). It’s sweet but not overpoweringly syrupy, and genuinely does resemble a light apple cider on the palate. I also found the cinnamon sugar rim a welcome addition, but then I always did love Apple Jacks.

As someone who tends toward bourbon, I barely tasted any alcohol burn from the comparatively lower-proof ingredients, but I can vouch that this concoction will put a little heat in your cheeks. In these long, cold nights, that’s certainly a plus.