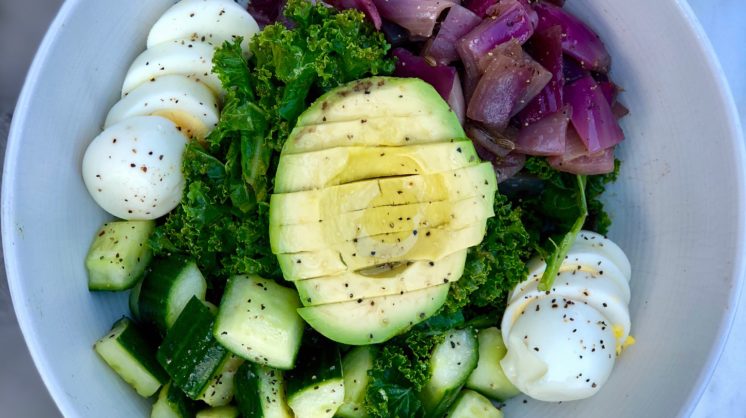 Growth is still on the menu in the 405. While every year brings fresh arrivals and reluctant farewells to the dining landscape, 2019 has seen more upheaval than ever, especially in terms of new restaurant concepts. Amid an ongoing whirl of options whose openings show no signs of slowing down, we decided to drill down through the dozens of contenders and bring you the crème de la crème fraiche, so to speak: Here are our selections for the 10 best new restaurants to open this year.

Long in the works, chef Andrew Black’s Deep Deuce destination is finally here, and has surpassed even lofty expectations. Its distinctive menu sorts offerings by mood rather than appetizers and salads and entrees, although your feelings when you enter are likely to be changed for the better by Black’s imaginative presentations of flavors from around the globe.

An all-star team-up between chef Jeffrey Khowong and the Ha family, it bills itself as a Latin-Asian fusion restaurant, but you don’t have to focus on which spice comes from what region to relish every bite of the crispy salmon’s textural perfection or deceptively simple roasted chicken breast with mole sauce. Duck confit tacos, candied walnut shrimp, elote drizzled with lime and chili powder … the menu is one long colorful, flavorful feast.

The Hal Smith Restaurant Group has been focusing considerable effort on Norman expansion lately, and as far as this Mexi-Diner is concerned, the more the merrier. It’s a great addition to the north Norman/south Moore area, especially if you’re in the mood for a huge, spicy breakfast or lunch, ideally accompanied by a margarita or two. Hint: The Hangover Burrito is basically worth a trip all by itself.

It’s been a good year for the Plaza, hasn’t it? Sad to see Aurora go, but the addition of New State and Mexican Radio give the district fresh takes on staple genres. And while the flavorful tacos (including plenty of vegetarian options) are deservedly the primary draw at this Good Egg Group joint, the best thing on the menu might be the Brisket Papas … with a Peni-Chillin’ cocktail for company.

The age-old question of where to eat when you have a group, or when you’re feeling indecisive, has grown easier to answer this year, as OKC welcomed its first food hall. Spacious, comfortable (though winter might curtail use of the patio areas) and packed with variety, The Collective offers options from barbeque and fried tacos to Dutch Babies and Hawaiian treats. Finding something you’ll like may never have been easier.

The newest concept from Rachel Cope’s 84 Hospitality is a Japanese pub built around Chef Jeff Chanchaleune’s remarkable talents. The yakitori and yakimono are the center of the menu, and everyone should try chicken hearts, but don’t pass on the eggplant dumplings. It’s the kind of vegan dish that omnivores love, too.

The newest restaurant to open in the Shoppes at Northpark, the concept is casual fine dining with an Okie-centric menu, including catfish “scallops,” bison tartare and fried quail. You’ll also find creative, intentional vegetarian options, as well as a solid cocktail and wine list to enjoy in the comfortable lounge area.

What if a burger joint focused on making good burgers and didn’t clutter the menu, trying to be all things to all people? That’s what New State decided to do, and it paid off. Simple, flavorful, delicious burgers, a few sides and a great bar make this Plaza District concept one of the best new additions to OKC. GM Jay Iaquinta loves whiskey, so ask what he’s hiding on the back bar.

A straightforward noodle house from one half of the Tsubaki Szechuan team, Yummy Noodles lives up to its name. The pork dumplings in chili sauce are made in-house, and the Sichuan Spicy Cold Noodles are a good start for those who want to dive into the deep end. They are not playing when they say spicy, so order accordingly.

Pete Holloway’s newest Edmond concept is a rustic-meets-modern Italian eatery helmed by Chefs Jeff Holloway and Joel Wingate. Start with the meatballs and grilled bread, and then move on to the Mushroom Agnolotti, a dish that is as beautiful as it is delicious. The Bolognese is fantastic, but the specialty of the house is the 100-Layer Lasagna, featuring Chris Becker’s excellent Della Terra pasta.