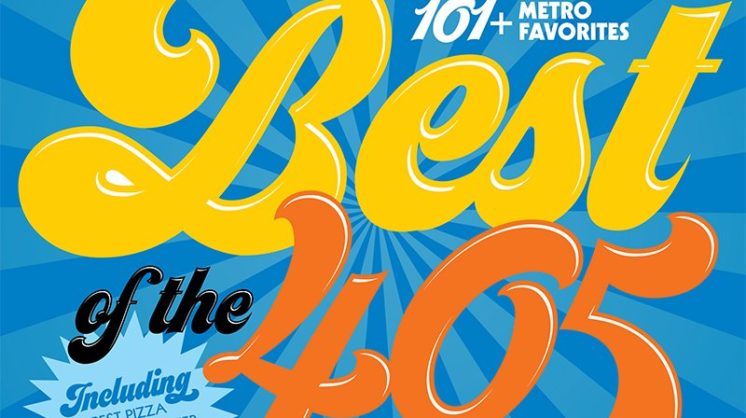 The results are in – and election fatigue is apparently not a factor around central Oklahoma, because for our 5th annual Best of the 405 survey, readers responded in record numbers. We’re delighted to share with you this compilation of the voters’ top picks for the highlights of life in OKC, Edmond, Norman and surroundings … augmented by a few selections of our own in the Editors’ Choice categories. These are the places, people, taste sensations and overall examples of greatness that you (and we) love best about the 405. Enjoy!

Favorite Place to Bring the Heat

Look, it’s easy to make a dish spicy to the point of discomfort. But what good does finding the very hottest of sauces do you if the result tastes like vinegar and napalm? When you order the Scorpion sauce with your Buffalo wings (which are grilled, not fried, and delicious in their own right) at this cool Edmond hangout, yes, it’s likely to make your eyes water a little and your voice get a little snuffly and raspy, but it also has a genuinely appealing flavor – if you’re anything like us, you’ll finish a wing, clear your throat a few times and reach for another. 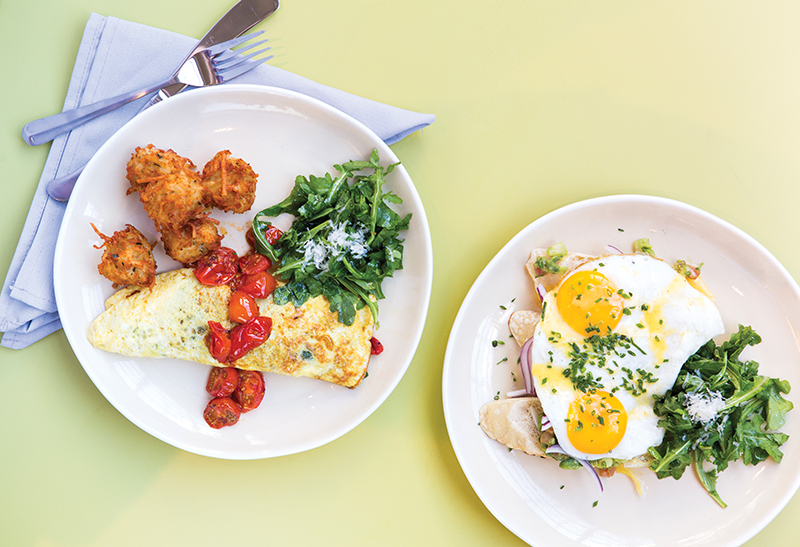 On the one hand, you might suspect that Hatch got a bit of a handicap in this race because we love breakfast. On the other hand, the odds are excellent that it’ll become your favorite meal of the day, too, after giving this Automobile Alley eatery a try. The atmosphere is bright and bustling, service is excellent and the menu ranges from classics such as a Denver Omelet and biscuits and gravy to more creative options in the vein of the Southwest Royale Benedict or an Oklahoma-shaped sweet cream pancake with Bourbon maple glaze. They’re open for lunch, as well, but consider the wisdom of “Parks and Recreation” sage Leslie Knope: “Why would anybody ever eat anything besides breakfast food?”

Out-of-business restaurant you wish would make a comeback 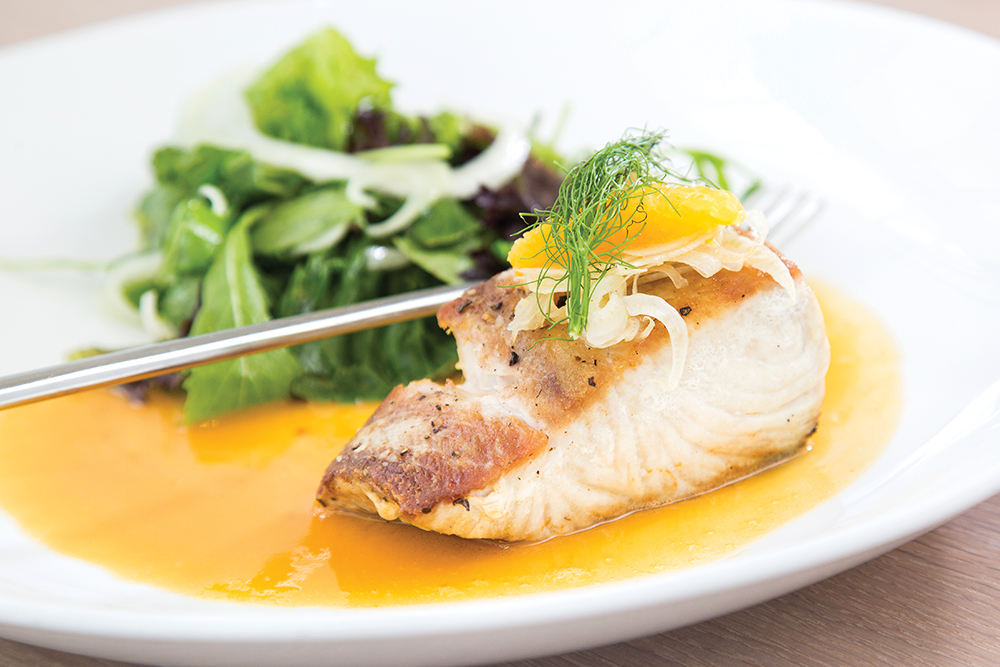 Ethnic restaurant (not Italian or Mexican)

It was almost a disaster. Built in 1933, containing more than 1 million square feet including the spectacular Art Deco beauty of the Great Banking Hall, the First National Center was deteriorating rapidly, with tenants leaving its office space, potential owners clashing over legal issues and essential services shutting down. The grand old building went into receivership in 2015 and its future was murky at best – until local developers Gary Brooks and Charlie Nicholas finalized its purchase in January. By the time the renovations – which are projected to take about three years – are complete, the landmark should be bustling again with retail, dining, housing and hotel space, and an especially beautiful piece of the city’s history will be living rather than lost. 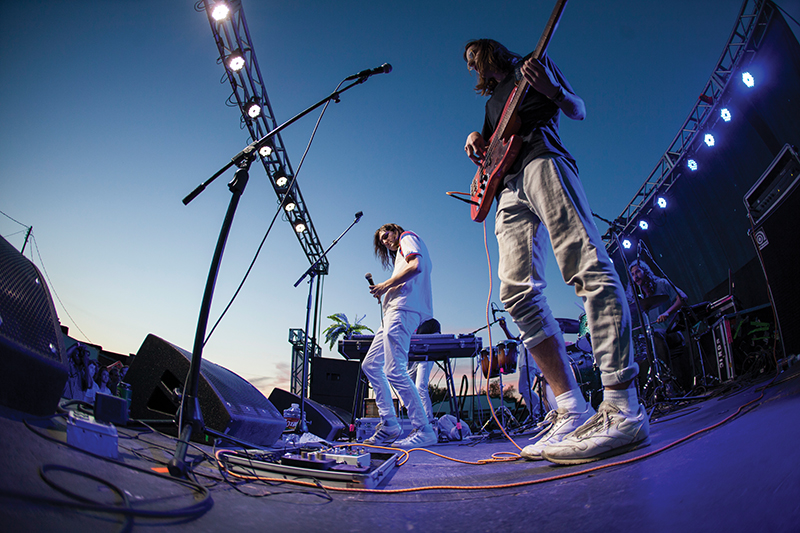 It’s a little difficult now to remember some of the elements of the first Norman Music Festival. Not the powerhouse performances from British Sea Power and the Polyphonic Spree, those were great – but the surprise that accompanied the new day of free concerts, and the uncertainty surrounding the prospect of it happening again. Those aspects seem hazy now because a decade later, the event has swelled from one day to three; from 15,000 attendees to nearly 100,000 last year; from a few dozen bands that first year to roughly 350 lining up to turn downtown Norman into a maelstrom of music later this month. And it’s still free. Creating this massive spectacle has been a huge undertaking from the organizers, so from those of us about to be rocked, we salute you. 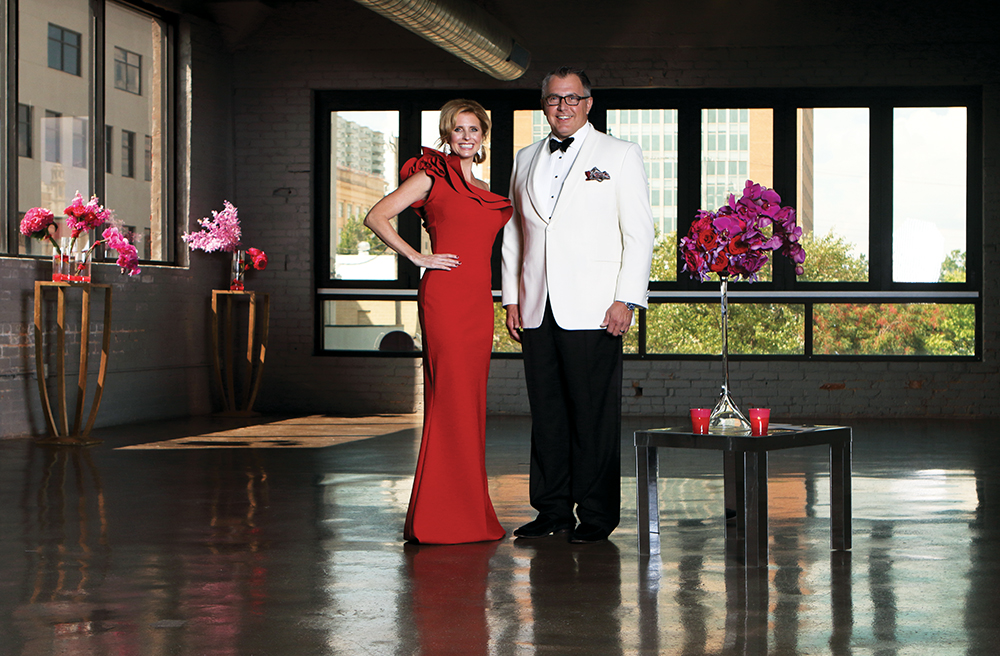 Westbrook makes the dazzling look reliably familiar. As we went to press, he was passing Wilt Chamberlain for 2nd most triple doubles in a season with 32 (his previous season high was 18), and was still on pace to be the only player in the history of the league besides the great Oscar Robertson to average at least 10 points, 10 rebounds and 10 assists per game over an entire season. OKC Thunder fans already knew that Westbrook is among the best current players in the NBA, but after this offseason’s unexpected roster upheaval, even more responsibility fell on his shoulders … and he has responded by demonstrating that he’s one of the game’s all-time greats. 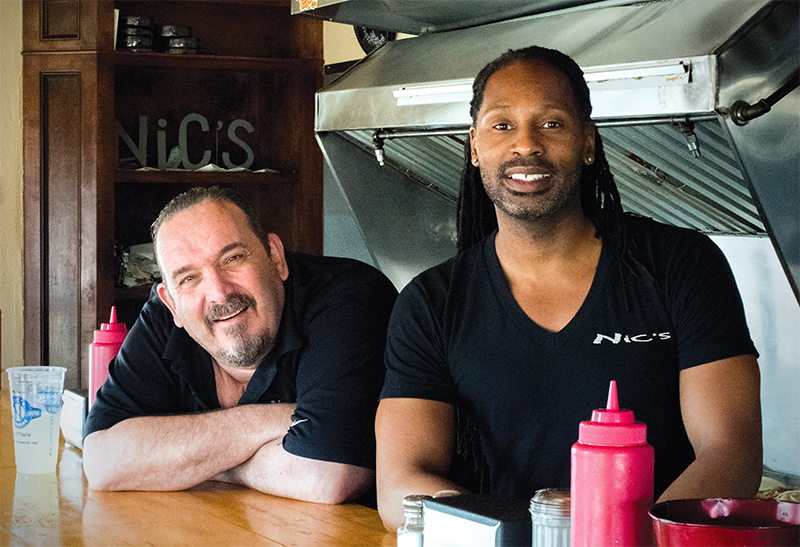 Technically, that’s “Justin Nicholas and Jovon Bunkley” … but one of the reasons these two excel at what they do is that they make first-time guests feel like regulars almost immediately. Nic’s Grill is a legend among OKC burger connoisseurs, and deservedly so, but it’s also tiny. There’s a lot of pressure inherent in running a two-man restaurant operation with barely enough room to move around and a line perpetually out the door, and these two have been making it look easy for years. With the recent opening of Nic’s Lounge in Midtown, they have more demands on their time, but they’re still working together to keep the city fed and happy, with cheese and everything. 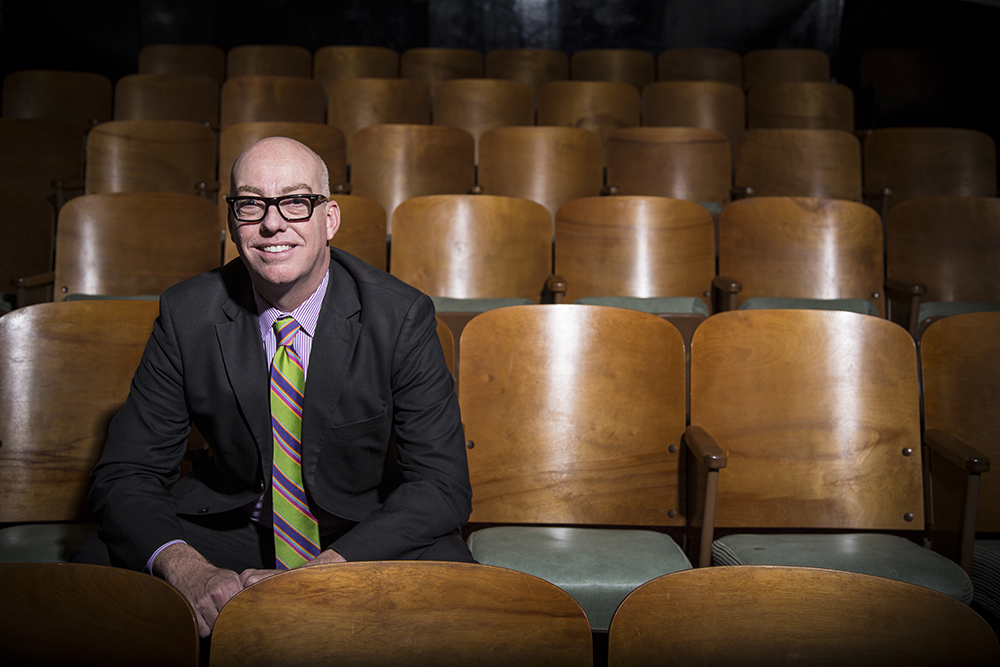 Ambassador who makes you proud to be an Oklahoman

The old, old adage says that money can’t buy love – but that doesn’t mean there aren’t workarounds. For a comparatively meager fee, you can enrich your life considerably with some animal companionship from among the furry critters waiting at the Humane Society. During its first decade of operation, the nonprofit (which receives no government funding nor tax dollars) has spayed or neutered nearly 90,000 cats and dogs, and helped more than 20,000 pets get adopted by loving families, including a few members of our staff. The adoption center is open to the public, so you’re welcome to stop by and scratch a few ears. Just don’t be surprised if you find yourself falling in love. 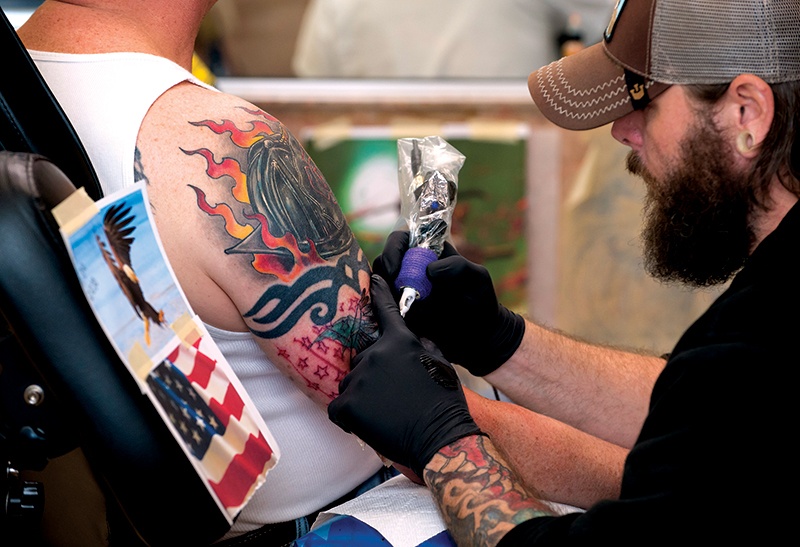 Favorite Place to Get Inked

An inspirational motto, a tiny Celtic cross, an impeccably detailed and vivid sleeve or backpiece … if you’re in the market for an eye-catching piece of body art of any scope, check out this parlor on the north side. Their assembly of artists can reproduce a wide variety of visual styles, and in addition to the finished product, they also excel at the amenities that improve the process, with an emphasis on comfort and cleanliness. Talk with Chad Pelland or one of the other artists about making your idea into a reality you can wear. 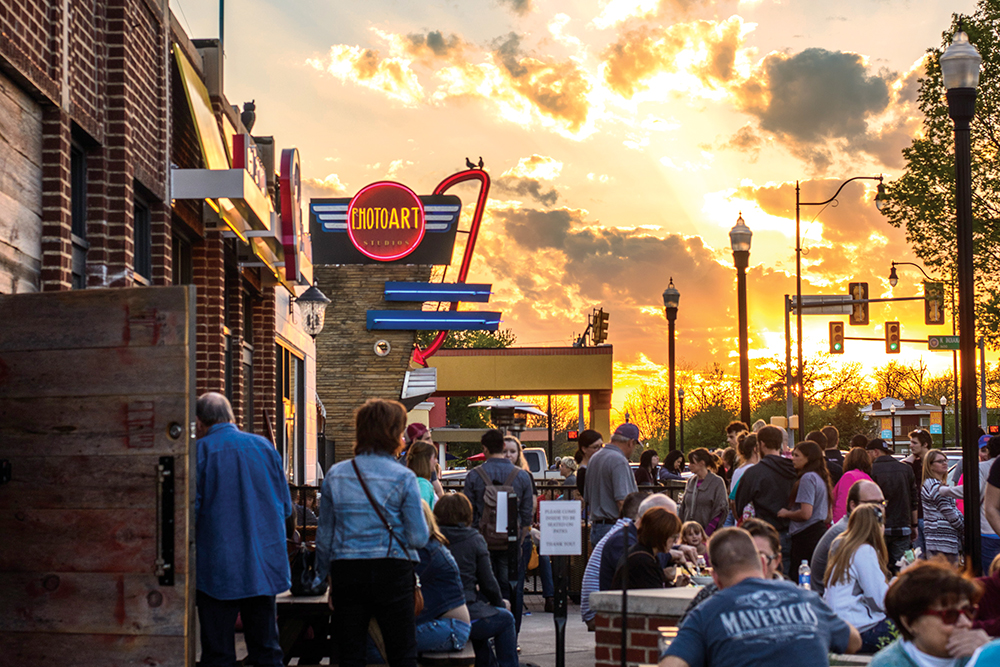 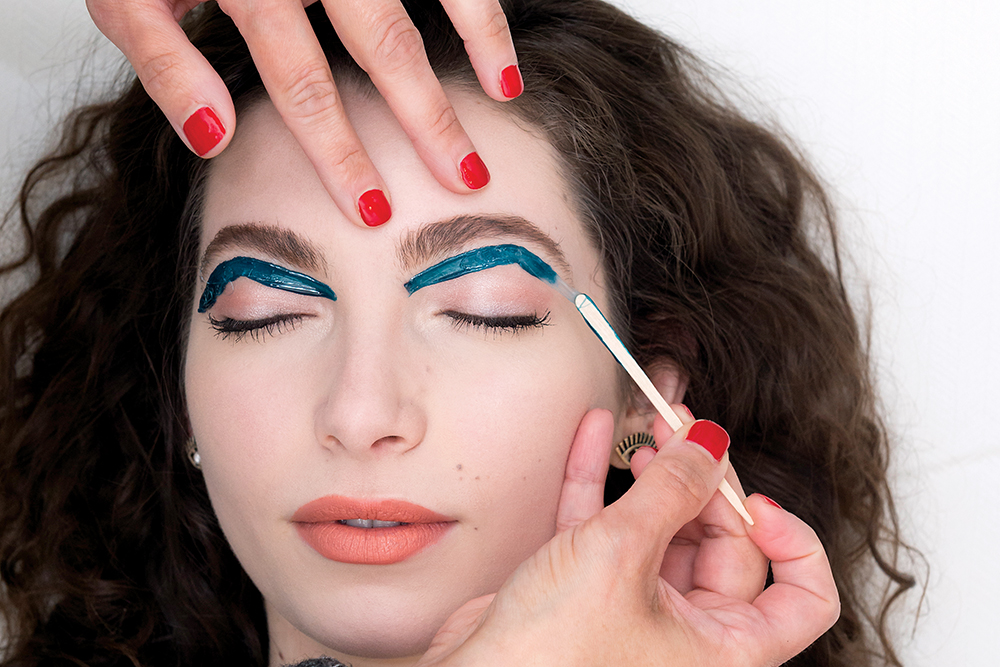