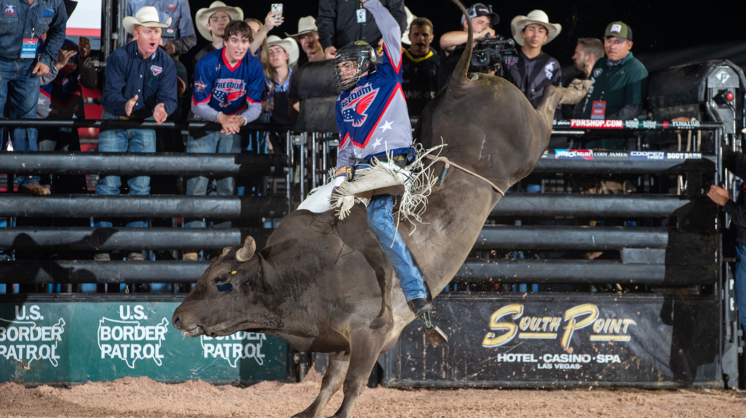 A bull rider enters the chute. It can seem like an eternity as they prepare themselves for the ride — mental anguish wars with excitement. The rider wraps one hand into the bull rope. When ready, the rider nods, and a gateman opens the chute. What happens next is anyone’s guess.

While some might consider it an Old West relic or small-town entertainment, those passionate about bull riding view it as their livelihood and a sport unlike any other. One team hopes to change the way people view bull riding altogether.

The Oklahoma Freedom is the state’s first-ever professional bull riding team, and general manager Brandon Bates knows, hands down, that he has assembled the finest pro athletes to represent Oklahoma and the sport. “We don’t just want these guys to become better over- all athletes,” said Bates. “We want them to live better lives, eat better food, practice better nutrition and have mental training.”

For years, there has been a stigma surrounding bull riding, and people tend not to view riders as professional athletes. But a great deal of concentration, training and dedication accompanies the sport, and these are the requirements of a winning team. “So imagine you have 40 bull riders,” said Bates. “There are eight teams and five men per team. Five bulls are randomly drawn to a team. Teams then determine which bull fits which rider best. Then rider confidence level and structure change for the athlete, which gives them a format to get better from a physical fitness and business standpoint.”

PBR seasons are not as long as those of other professional sports, with just 11 events. This eliminates the need for athletes to be centrally located, unlike an MLB, NBA or NFL team. PBR team members are also independent contractors, enabling athletes to compete at different events in the off-season if they choose. “For the first time, rodeo and bull riding athletes are going to have a lot of the same structure that other major league sports athletes currently have at their disposal,” said Bates. “This includes access to better mental health and psycho- logical training.”

This year’s Oklahoma Freedom lineup includes some familiar Oklahoma faces and a few new ones. Led by former professional rodeo cowboy and experienced bull rider Cord McCoy, the team will hold its inaugural Oklahoma Freedom Fest homestand Sept. 16-18 at the Paycom Center. “It’s probably the purest and raw form of sport out there,” said Bates. “There’s no off switch. No one says, ‘Oh my gosh, this is too dangerous, and we have got to stop it right now.’ Once you nod your head and that gate opens, it’s like you are out there with a shark.”

Visit pbr.com/teams/freedom/ to learn more about the upcoming schedule and team roster.