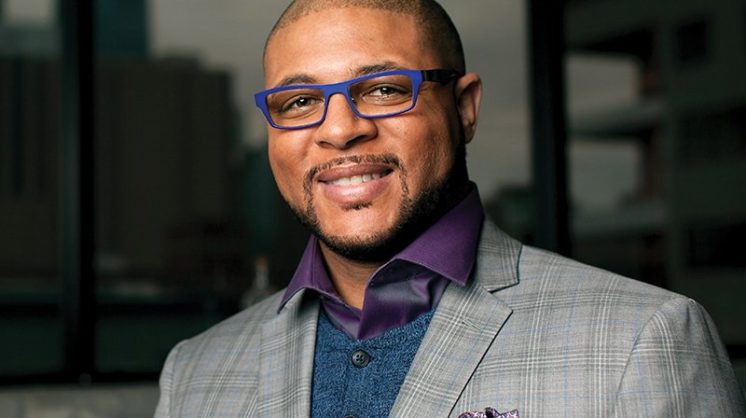 Oklahoma has had its share and then some of big names in the sports industry – Troy Aikman, Blake Griffin and Sam Bradford, to name a few. And then there’s Adam Edwards. The former OSU wide receiver went on to a career in the NFL playing defense for the Dallas Cowboys. After sustaining a serious injury, his promising career was cut short. That’s when he decided to return to his Oklahoma roots and start an exciting new chapter. We sat down with Adam recently for a look back at life in the big leagues and beyond.

Most of us know you as an NFL player, but tell us who Adam Edwards really is. “I’m a native Oklahoman, born and raised in Midwest City – home of the 12-time state champion Carl Albert Titans. From an early age, I always had a passion for sports and business. My first business ventures were a lawn care organization and paper route service at age 10. While it was limited to my late father’s tools and the local neighborhood, it taught me the value of earning an honest dollar and how to manage multiple projects. I’m very blessed to have been married for the past 10 years to my soulmate and business partner, Sarah Edwards. We have a blended family of teenage girls and currently live in Piedmont. My mother and brother both reside in Oklahoma, as well.”

What years were you at OSU?  “I played for the OSU Cowboys under Coach Bob Simmons from 1995-1999. I was recruited by Coach Mike Gundy (quarterback coach at that time) in 1994 as a wide receiver, but eventually started at cornerback and free safety. Coach Gundy initially thought I needed eye contacts because I would miss easy passes in practice, yet take pleasure in lighting up any defender guarding me. Eventually in 1997, Coach Rob Ryan (defensive coordinator) made the proper changes and I flourished on defense, earning both All-Big 12 athletic and academic honors.”

After your college career, you traded one team of Cowboys for another. How long did you play for Dallas? “I was a free agent strong safety for the Dallas Cowboys in the early 2000s.”

What was life like in the NFL? “I remember being on the practice squad in 2000 like it was yesterday. Growing up, my late father, brother and I cherished Sunday afternoons together, where we’d watch Hall of Fame players like Troy Aikman and Emmitt Smith. Knowing I shared the field and locker room with these legends is one of the most fulfilling experiences any athlete could have.”

Tell us about Waters Edge Winery; what is that? “Waters Edge Winery-OKC is an award-winning, family-owned winery, offering local hand-crafted wines with grapes from around the world. Our secret to success is [that] we’ve accomplished our goal of creating a community within a community. Our customers have often championed the phrase that our winery is the ‘Front Porch of Life.’ Whether you need a custom label or just want to pick up a cold bottle of wine on a Sunday, RSVPs are not required. Stop by and make yourself at home.” 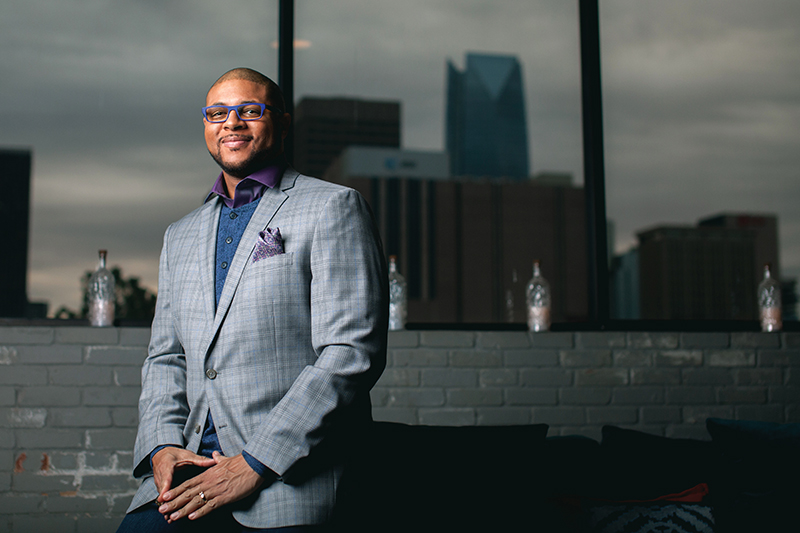 You recently joined the board of the Oklahoma AIDS Care Fund. What does that work involve? “I co-chair the Celebrity Committee with sports agent Kelli Masters. We’ve secured some of the same sports legends our late co-founder Jackie Cooper was very fond of. Unlike some nonprofits, 100 percent of all proceeds we raise stay in our community, providing critical resources and education for individuals and their families affected by HIV/AIDS. Since its inception, Red Tie Night has raised over $12 million. Our 25th anniversary gala will be March 4.”

You also have a new project with Chef Jonathon Stranger. What are you working on? “When Chef Stranger announced his departure from Ludivine and RJ Supper Club, we quietly began creating a revolutionary model we believe will change the hospitality culture in Oklahoma. The Tree House is a ‘ROOT-imentary’ scientific approach to a culinary experience. Unlike traditional restaurant models, The Tree House will offer a test kitchen for product development. It will consist of restaurant consulting through the first hospitality incubator in Oklahoma. We will have culinary media partnerships with major television and social media networks, and organic indoor gardens and unique European-style casual dining eateries. The adventure begins late 2017 or early 2018, so stay tuned.”