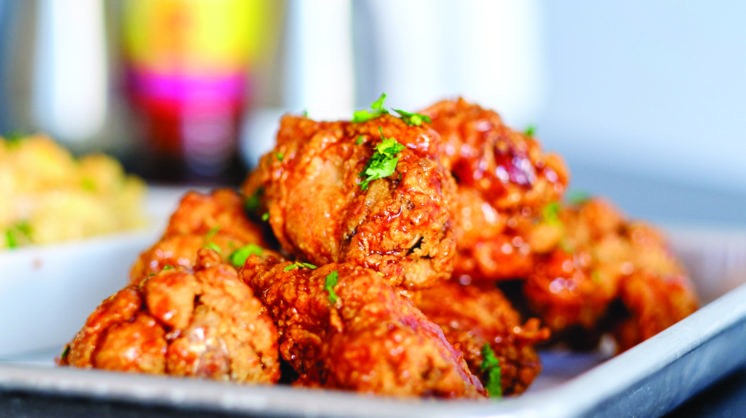 I once asked a chef why more restaurants didn’t serve chili, and his answer will work for gumbo, too: “Everyone has a way they prefer their chili, so the odds of making a majority of people happy with your recipe are very small.” Start talking about Cajun food, and gumbo experts show up in all your feeds.

“We want to make gumbo that looks appealing and tastes good,” says Kaylee Owens. Owens and her partner Chef Dwayne (not The Rock) Johnson own Brielle’s Bistro in Midwest City and Magnolia Bistro in Automobile Alley. Her remark was in reference to a criticism posted on the restaurant’s social media, that the roux wasn’t dark enough to be real gumbo. 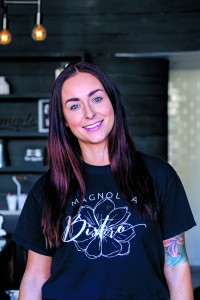 Roux, much like a Star Wars film, is never going to be good enough for “true fans.” The question for the rest of us is, “Does the food taste good?”

The answer for the food at Magnolia Bistro is, “Yes, absolutely; it’s delicious.” Johnson started working in kitchens in Florida 25 years ago, first as a dishwasher, working his way up to cooking. When he returned to his family’s native Oklahoma, he enrolled at Platt College. He and Owens met while working at a diner – he in the kitchen and she as a server. 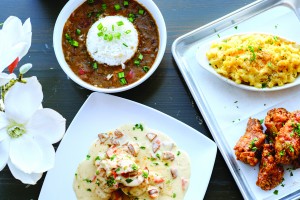 “We started a catering company together, but it didn’t work out, so when the space that is now Brielle’s opened up, we decided to try a restaurant,” Owens says. “When the Fit Pig was going out, Chris Salyer, who’d tried our food at Brielle’s, talked to us and said, ‘Your food needs to be downtown.’”

Owens and Johnson opened Magnolia Bistro in July 2019; Owens is operating partner downtown, and Johnson focuses on Brielle’s, which is named for the couple’s daughter. The décor is functional and clean, all enamel white and stainless steel, with a little brown and black thrown in for warmth. However, the décor is not the point; the food is, and good food always trumps décor. The menu is much smaller downtown, primarily because Magnolia Bistro is testing the waters in the urban core.

“I’ve learned that you have to be much more intentional, more assertive about getting the word out down here,” Owens says. “We’re open for lunch for now, and we may start a Saturday brunch in the spring. We haven’t decided that yet.”

The menu is very Louisiana, and while neither claim Louisiana roots (Owens is from Arlington, Texas), online reviews have been quick to praise the “authentic” Cajun cooking happening in both kitchens. Chef Bryan Wilson is chef de cuisine at Magnolia Bistro, but the recipes are primarily Johnson’s.

The gumbo is medium spicy, hearty and rich – which is to say, it’s delicious gumbo of the sort you expect when the sign promises Cajun cuisine. The roux on the etouffee is darker, and the flavor is correspondingly more intense, but not overwhelming. The blackened catfish comes smothered in etouffee, and it’s easily one of the best things on the menu.

“The only thing we have that’s not made in our own kitchen is the meat pie,” Owens says. “They come frozen from Natchitoches.”

You won’t care that they were once frozen. The traditional Natchitoches turnover has a ground beef and ground pork blend with garlic, onion, red peppers and black pepper. It’s simple, savory and flavorful. They come three to an order, and you will need to share at least one of them.

The wings, a house specialty, come dry or with house-made Cajun honey-lime sauce, which makes for a tangy, spicy, slightly sweet sauce that complements rather than takes over. “We weren’t trying to be a Wing Stop,” Owens says. “We decided on one sauce we love, and our customers seem to love it, too.”

Without fail, get the greens. Entrees come with a side, and while the lobster mac, dirty rice and red beans and rice are excellent, the greens are exceptional. Of course, there are beignets, and while Brielle’s is best known for its blueberry beignets, Magnolia Bistro changes them up regularly, so the offering changes from visit to visit.

“We’re just trying to make good food that people like,” Owens says. “We didn’t know what to expect downtown, but we think people will love what we do.” No arguments here.