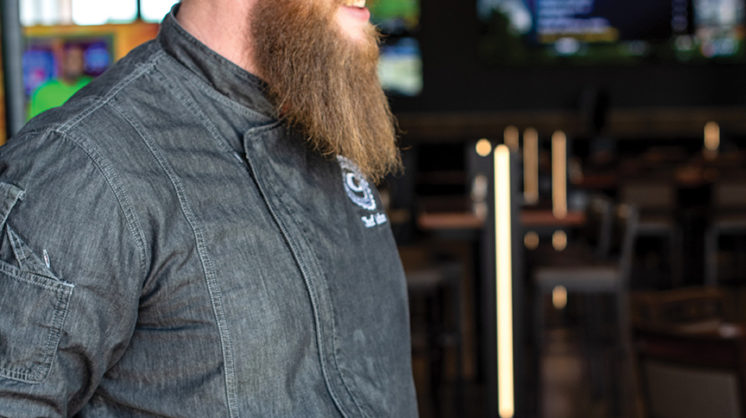 Technically speaking, it doesn’t take much to open a bar – basically just some drinks to serve and some people to drink them. You don’t even have to provide seating, and I’ve been to more than one that didn’t bother serving food. From that basic start, though, there’s a lot of room to refine and improve the concept. Imagine a typical sports-themed hangout spot, then add more space, more TVs with more channels and more dining options from a thoughtful, refined menu, and you’re getting close to the lofty aspirations that Chalk meets with stylish execution.

Chalk is in Chisholm Creek, but unlike many of its neighbors in the massive development and along Memorial in general, it’s a local operation – the four owning partners are graduates of OU, OSU and SNU, and reside in the Edmond and NW OKC area. GM Ben Mason says that when they were planning their new joint venture, “The last piece was finding the right spot, and we were blown away (with Chisholm Creek). This is the spot we wanted; we love this location.” 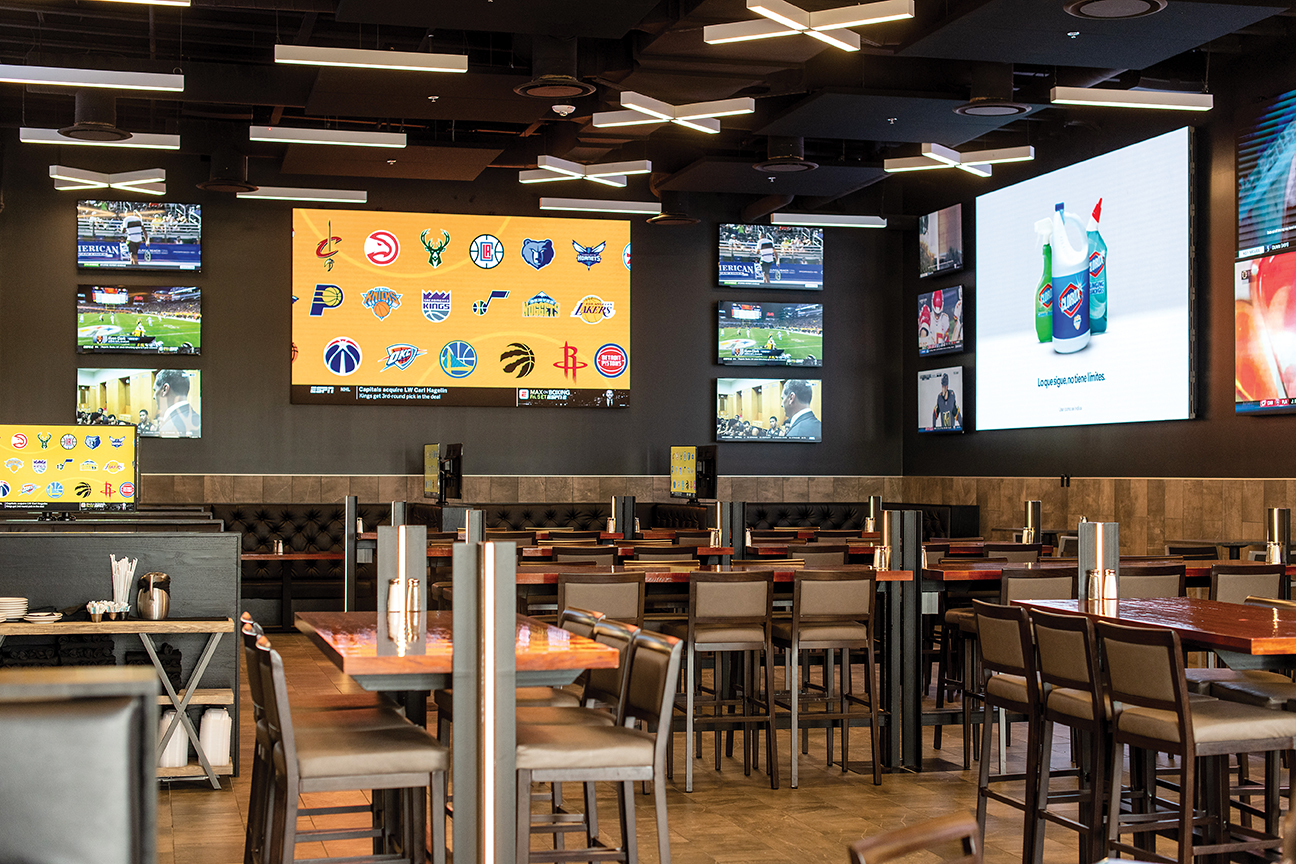 They made the most of it; the two-story space fills 7,500 sunlit square feet, and the decor is part minimalist, part maximum exposure to the 100 – yes, really – TV screens that cover every wall and even rest between booths. If there’s a sporting event happening, ask your server; they can probably put it right in front of you. “We’re trying to reinvent what people expect from a sports bar. We’re not trying to run away from the concept,” says Mason, adding that if you want a beer and a basketball game and that’s it, you’ve come to the right place. It just also happens to be the right place for unusually ambitious, and palate-pleasing, cuisine.

Where do you even start? The lasagna bites are delicious, especially with an extra splash of the accompanying red sauce, and the existence of an item named “pastrami fries” makes the world a little better, but the fried deviled eggs might be best of all. They’re lightly fried in cornmeal batter for some extra texture, and the lingering spice at the end is a perfect grace note – when I commented on it, chef Adam Schiller beamed and said, “I love harissa, and deviled eggs are one of my favorite things.” 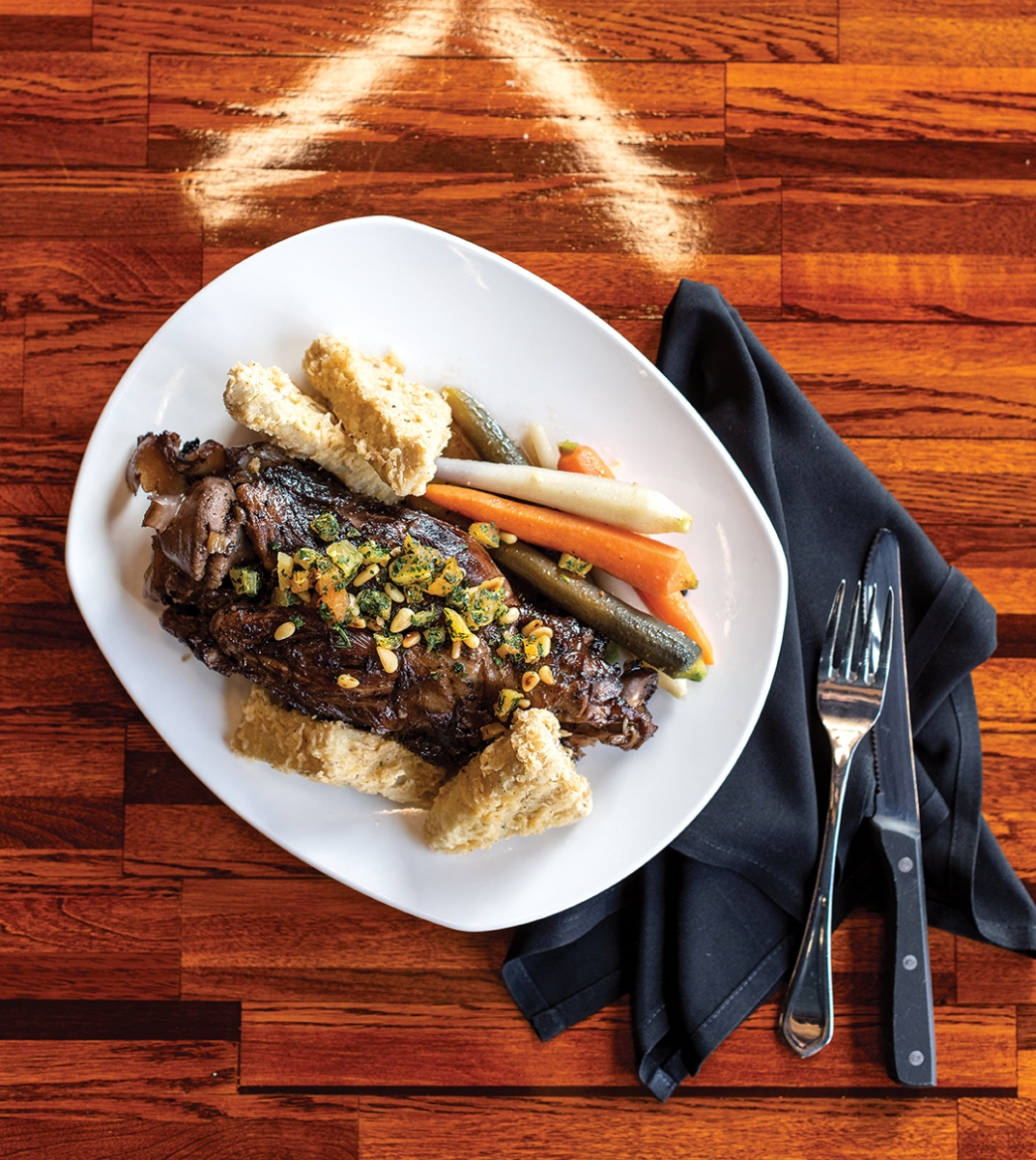 On the other hand, if you want a variety of tastes, the Chalkboard shows off the chef’s charcuterie skills and love for Oklahoma flavors at the same time: Ours had three cheeses from Lovera’s, including “Thunder Up Blue” gorgonzola and the Krebs market’s specialty caciocavera, plus Lovera’s sausage, lamb prosciutto, house-made pastrami that’s the result of a 10-day process, bread from La Baguette and Seikel’s mustard … they relish the ability to use local products. You’ll also find walnuts candied in-house and dried apricot with a hot honey glaze, to add some extra dimension and breadth to the plate’s flavor profiles.

Speaking of breadth, one of the menu’s highlights is the Chalkers section – they’re sized between regular sliders and full-size sandwiches, the better to allow for a la carte grazing during sporting events, and to encourage sampling a variety of flavors rather than confining yourself to the one dish you ordered. (First quarter: beer and a pimento burger. Third quarter: Portobello sandwich with another beer.) With a dozen options, you should have no trouble finding tempting tastes, but I can recommend the meatball sub and especially the spicy shrimp taco.

Of course, the entrees shouldn’t be overlooked, either. For the record, the pork osso bucco – served with apricot gremolata, an array of colorful carrots and fried grits – is both spectacular and more than enough for two people. The question for Chalk overall seems to be: Why not go big? 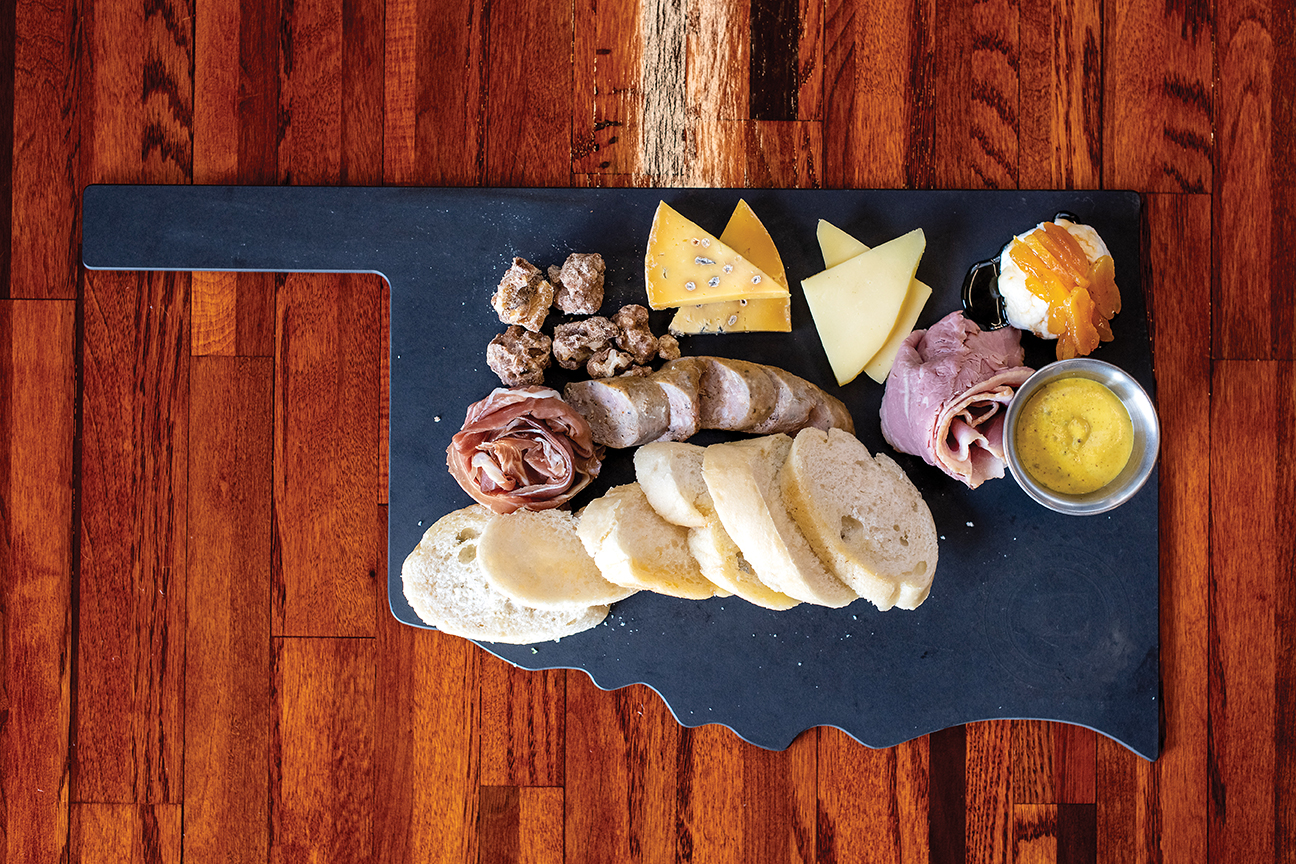 “We wanted to do it the right way, for it to feel luxurious and modern and not stuffy,” says Mason. “There’s all kinds of sports fans, and we don’t want it to feel elitist.” He smiled at the ideal of two people seated next to each other at the bar, one eating mushroom risotto and one with a huge plate of cheese fries, both thoroughly engrossed in the action onscreen. “That’s what makes sports cool: It brings so many kinds of people together for the same thing. We’re wanting to capture that.”

There’s a brunch menu on weekends, the NBA playoffs and The Masters are almost here, the view from the upstairs patio is excellent during breaks … now’s a great time to draw up plans that’ll get you to Chalk.