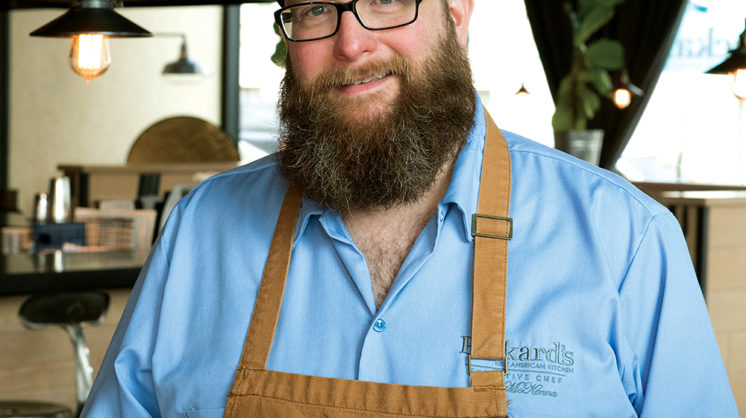 Chris McKenna, executive chef at Packard’s New American Kitchen, grew up in Edmond, but he spent many of his childhood days at his grandparents’ house in Guthrie. The family had a “huge garden” and several animals, and McKenna remembers it being the place where he was exposed to the idea of fresh and seasonal fruits and vegetables. It was also the place where he learned a certain work ethic.

“Working with my grandfather on the farm showed me the hard, yet rewarding, work it takes to be self-sufficient,” McKenna says.

In terms of culinary influences, though, McKenna’s mother is foremost. “My family ate a lot of comfort food,” he says, “and because we didn’t have a lot of money, we ate whatever mom bought on sale.” Growing up, his mother made a dish she called “elegant steak.” It was whatever cheap cut of steak she could find, cooked well, sliced and served with caramelized onions, rice, and brown gravy with sherry. McKenna said he always looked forward to “devouring” it.

“She was a great cook, and she taught me how to cook with what we could afford and what we had in the house,” he says. The idea of cooking well with whatever is available shapes McKenna’s cooking even as a professional. Biscuits and gravy – perhaps the ultimate comfort food in Oklahoma – is one of McKenna’s chosen “last meals,” and sampling the dish during brunch at Packard’s will make it clear why it’s still in his cookbook: rich, simple, flavorful, filling and delicious.

“I like the recipes that are in those dusty church cookbooks,” he says. “They are simple ‘old school’ dishes, and if you focus on keeping it simple and letting great ingredients shine, you don’t have to overdo a recipe.”

Dining at Packard’s, 201 NW 10th in OKC, it’s easy to see how his childhood influences affect the menu. Yes, McKenna can do elegant, and does, but he also does rustic, old school comfort food with a chef’s flair. In the restaurant business, he focuses on fresh and local more than he would have growing up – but fresh, local ingredients make great comfort food, too. He’s not locked into a specific locale for inspiration, either: Every region has comforting dishes, so you’ll see crawfish étouffée, curry with rice and vegetables, bangers and mash and many other dishes from all over the world on the restaurant’s menu or feature board.

“I love ethnic food,” McKenna says. “I love learning about new ingredients and eating new dishes. Honestly, I do quite a bit of research in cookbooks, and I owe much of my knowledge to fellow chefs.”

McKenna started cooking professionally at County Line BBQ, where he said he fell in love with the restaurant business. All of his training has come on the job, and since he started, he has never not been cooking in a restaurant kitchen. That means his wife, Hailey, does most of the cooking at home, and McKenna calls her “an excellent cook in her own right.”

As for free time, he doesn’t get much of that, and when he does, it’s Thunder basketball or OU football, but mostly it’s eating at other local restaurants to see what other chefs are doing, or traveling to cities to try their regional cuisine. Last year, that meant New Orleans, and his vacation itinerary is really a report of all the places he and Hailey ate.

“Food is my life,” McKenna says. “The restaurant business, too.”

Doing what he loves means we get to experience a chef whose main goal is to make us feel like we did as kids when our parents put comfort food on our plates: mac and cheese, chicken and dumplings, huge burritos, hot sandwiches, a great burger. Keeping it simple, for McKenna, means making sure it’s delicious.

Speaking of simple, the recipe he chose is one he makes at home, especially as the months get warmer. It’s the same recipe he uses at Packard’s, too. 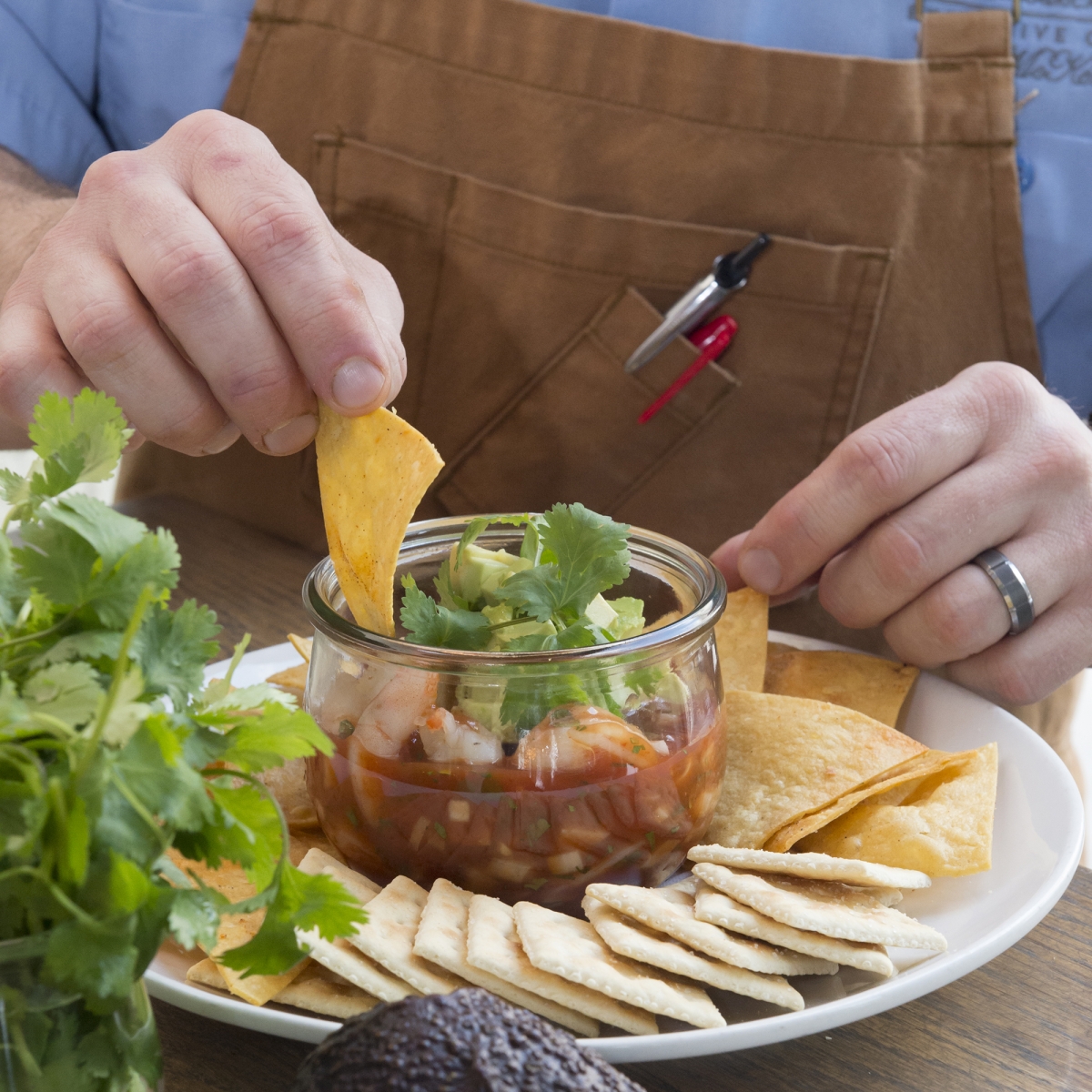 • Mix all ingredients in a bowl. In large pot, bring water to a boil and add one large pinch of salt and one package Zatarain’s shrimp boil. Add 1-2 pounds of shrimp, remove from heat and stir. Once shrimp are poached, remove to ice bath until chilled. Add to cocktail sauce mixture, garnish with sliced avocado and serve with tortilla chips or saltine crackers.