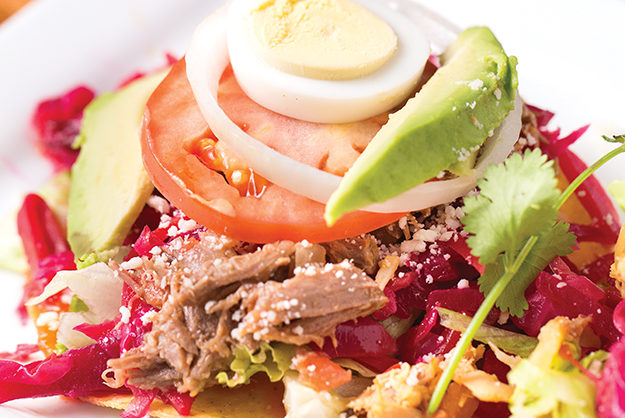 It’s A Great Pleasure To Watch A Place Successfully Reinvent Itself And Become, Through Acumen And Enthusiasm, A Thriving Destination In Its Own Right.

Even if you’re not from its midtown OKC area, you should be enjoying the inspirational renaissance in progress of the Plaza District. Especially since, as it continues, it results in new places like Chiltepes to taste.

It’s a Guatemalan restaurant, and if you don’t recognize the source of the name (I didn’t; it’s a kind of pepper common in that country’s cuisine), it’s immediately recognizable as a Latin place of some flavor: the décor is brightly colored, the soundtrack bounces with trumpet stings and the tastiness begins coming in waves practically from the moment you’re seated.

The starters are chips and salsa (one thin and one a little chunkier, and neither is playing around, heat-wise) and more: there’s also a nice light queso and a velvety, savory black bean puree that only grows more delicious with prolonged sampling. (Trust me on this, although watch your cuffs; it’s extremely drippy.) Oh, and a basket of thick, freshly handmade flour tortillas in case you want a different vehicle for conveying all that deliciousness to your taste buds. 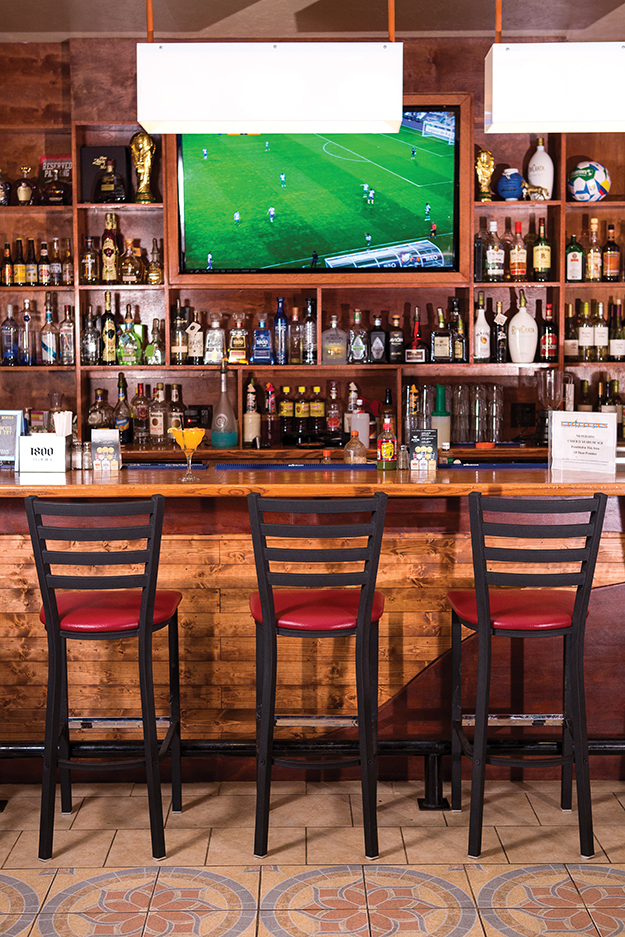 At lunch, I was even given a small cup of warm, fragrant chicken broth topped with cilantro, which is only going to be more tempting as the weather continues to cool. With all those options to try and try again, it’s almost (but not quite) superfluous to order the Chuchitos – a pair of small, thick tamales with a chicken filling (watch for bones), adorned with a splash of tomato sauce and sprinkle of white cheese. 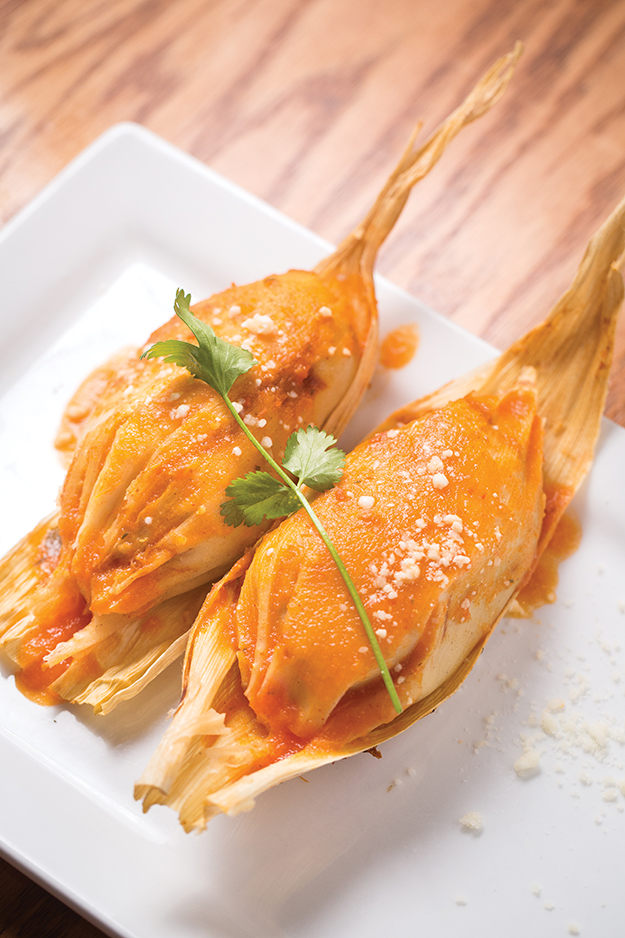 Among entrees, you’ll find some familiar terms – there’s a whole section of the menu devoted to Mexican dishes, and it’s not hard to find, say, Carne Asada elsewhere in the metro. The Chiltepes version is very good, with laudably thin sheets of steak that have a tiny bit of crispy char on the edges, but it’s not really adventurous; for something a little less well-known, try the Pepian de Pollo. That’s two pieces of chicken (I had a leg and a thigh) lacquered in a thick, savory sauce that according to the menu is made of ground seeds, vegetables and spices – I’m pretty sure of tomatoes, garlic, onions and sesame seeds and would guess at coriander, but all I can say with absolute certainty is that it’s rich. It comes with a side setup of rice, black beans, a couple of avocado slices and a “Russian Salad,” which seemed to be potatoes, carrots and green beans in a mayonnaise-y dressing. That component honestly didn’t do much for me, partially because there was more flavor to be had in the other options to hand (including my main dish). While your mileage may vary, nothing I had was spicy enough that I felt the need for a palate neutralizer. 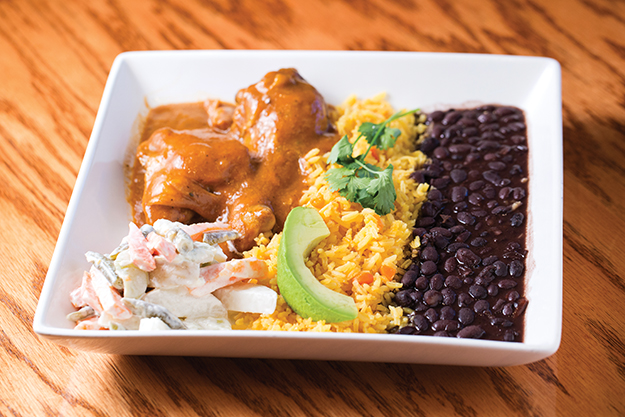 One more recommendation: if you’re in the mood for something a little lighter, consider the burst of color that goes by the name Enchiladas Guatemaltecas. A crisp corn tortilla serves as the foundation for a pyramid of beef or chicken, lettuce, pickled beets, avocado, onion, tomato and even a slice of hard-boiled egg on top. It’s closer in form to what I’d call a tostada, but “tastiness pile” wouldn’t be far wrong either.

New flavors are generally worth investigating for the sake of gustatory exploration alone – you never know when you’ll find a new favorite cuisine – and it certainly shouldn’t be a discouragement to know that Chiltepes is pretty easy on the pocketbook. A sense of discovery, dishes that are natural conversation topics, an eminently reasonable bill, located in a thriving area with a freshly energetic vibe … sounds like an ideal date spot. ¡Divertid!

Mind your surroundings. Hey, it was good enough for Batman. And as undeniably endearing as the menu’s description of the fried plantain-and-sweet-bean Rellenitos as “tasty little dumpling type things” is, the dessert menu isn’t all that deep. Bearing in mind that part of the appeal of the Plaza District is its walkability, unless you’re seriously jonesing for a well-blended horchata (which you might easily be), it’s hard not to recommend stepping across the street to District House for a latte and then down the block to Pie Junkie.

Circle back in spring. Even Oklahoma is unlikely to give you many opportunities to use a patio in November, but bear it in mind for the sunnier future; Chiltepes has a good one. 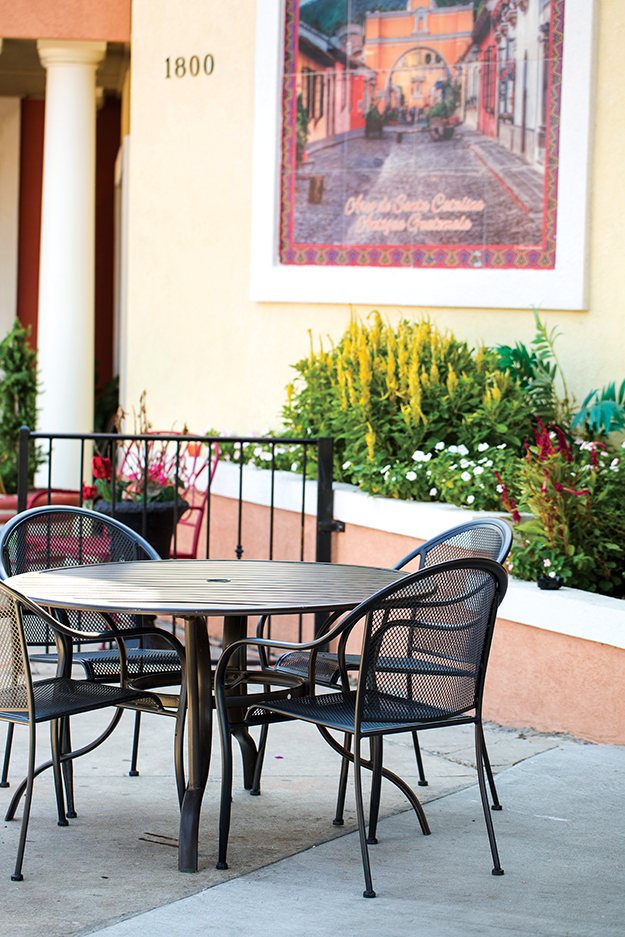