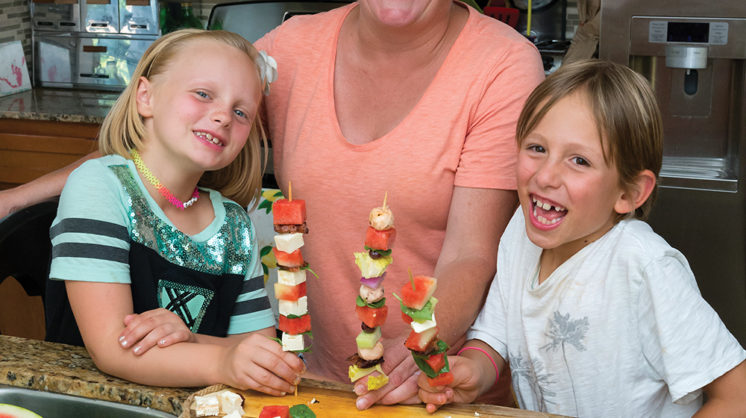 Christine Dowd’s culinary history is a connect-the-dots of relationships. Every time she references a place she has worked or a food she cooks, she remembers the crew she worked with or the person she cooked for. Growing up in Chatham, N.J., her favorite meal was French toast, and the memory still connects her to her mother.

“The smell would waft up the stairs and wake me from sleep; it was so good,” she says. “I still make that for my daughter, and sometimes I spruce it up and make it a decadent experience, but no matter how I make it, it reminds me of home.”

Like many aspiring cooks of the time, Dowd was inspired by Julia Child’s television program “The French Chef.” Her mother watched it with her, and encouraged the 9-year-old Dowd to start experimenting in the kitchen.

“Julia Child made cooking fun,” Dowd says. “My mother was very encouraging, so that made it even more special. I grew up in this big Irish Catholic family, so we had celebrations all the time, and there was always food, from Chinese to these delicious sandwiches from the Lakeside Deli. I still eat there when I go home.”

Dowd was working in a supermarket in Chatham as a baker when she decided she wanted to pursue food as a career. Being limited to baking was frustrating, she remembers, because she wanted to make a variety of foods like Julia Child. While waiting tables at a country club, Dowd got her first chance in a professional kitchen when a cook was injured on the job and she volunteered to fill in. She recalls that was the moment that hooked her, and the bonds she developed are still alive; she still talks to that kitchen crew to this day.

In her next gig, the executive chef saw her potential and recommended she attend the Culinary Institute of America in Hyde Park, N.Y. Dowd said she thrived at CIA, and after finishing her formal education there, she met the chef who changed her life and pushed her to be even better than she knew she could be: Philippe Boulot. He sent her to France to continue her education, and when she returned, she accompanied him to Portland, Ore., to work with the Heathman Hotel group.

“He was demanding and professional,” she says, “but he was also nurturing and loving, a true friend, especially for a young cook.”

Dowd is passing her craft on to her daughter, Scout, who is showing signs of being interested in cooking. Dowd said she hopes her daughter will learn some favorites to take with her on her own journey.

“I want her to learn that cooking never leaves you,” she says, “and if you spend time cooking for someone you love, it’s a truly rewarding experience.”

Outside of cooking for Aunt Pittypat’s, the catering company she owns with partner Maggie Howell, Dowd spends as much time as possible at a lake house. Not surprisingly, she cooks for her group of friends.

“It’s a pleasure to cook for friends and family,” Dowd smiles. “It helps remind me of why I fell in love with cooking in the first place.”

At the lake house, Dowd said they grill and smoke regularly, but she’s also trying to help Scout and her friends eat healthier, so she’s created what are essentially salad skewers.

“Anything to get kids to eat more salad,” she says. She shared a couple of recipes with us for this month, and they are light and refreshing, just as the Oklahoma heat demands. 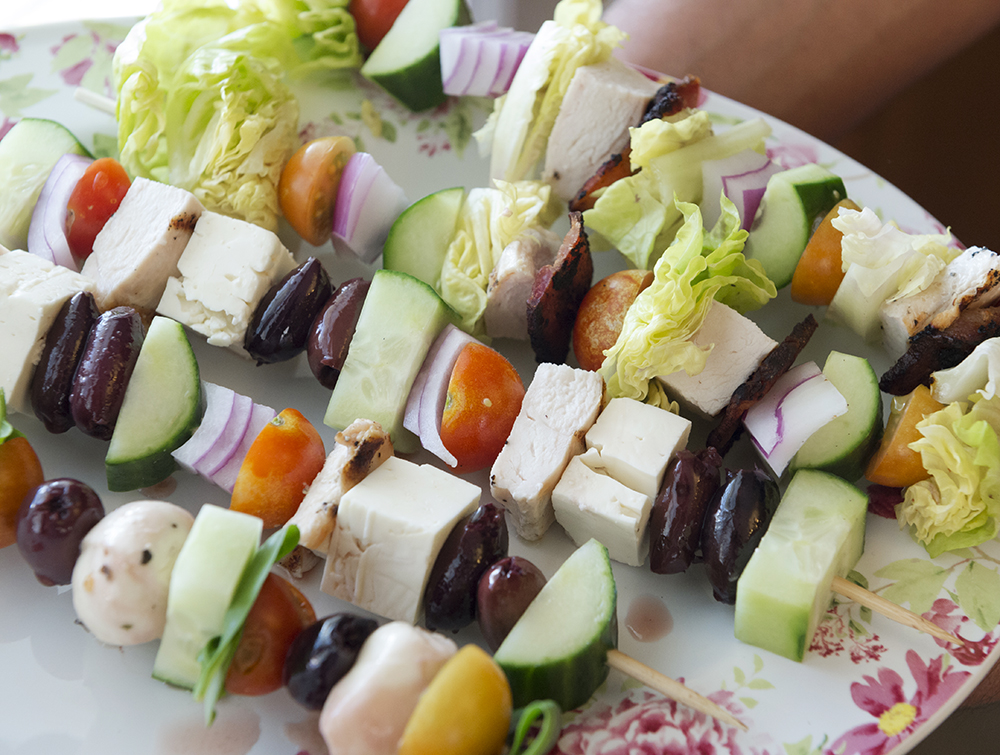 Using a 10-inch skewer, start with iceberg lettuce and add the following in order: radicchio, avocado slice, plum tomato wedge and half a hardboiled egg. Repeat the iceberg and radicchio.

Add, in order, a slice of rolled deli turkey, ham and Swiss cheese.

Finish with a rolled slice of seedless cucumber.

Use bleu cheese dressing (or another favorite) for dipping.

For homemade bleu cheese dressing, combine 3 tablespoons each of sour cream, mayo and crumbled bleu cheese with 1 tablespoon of finely chopped parsley. Season to taste with salt and pepper.

Again, use a 10-inch skewer, and begin with endive and a leaf of butter lettuce.

For homemade buttermilk chive dressing, whisk 1/2 cup buttermilk with 1/4 cup mayonnaise, one tablespoon each of Dijon mustard and chopped chives, one small minced garlic clove and one teaspoon of grated lemon zest, and salt and pepper to taste.