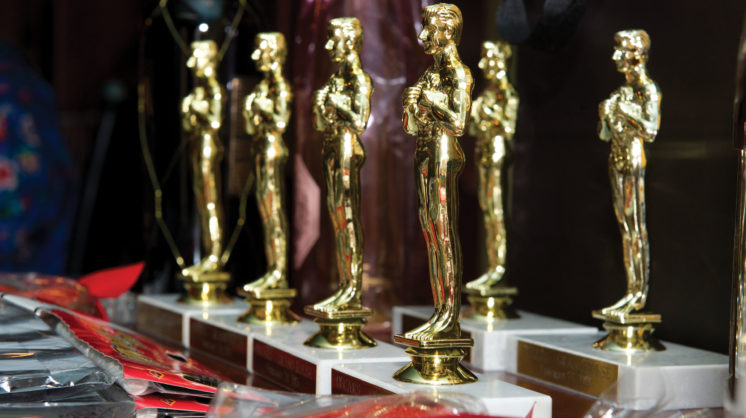 It all started with a sack of chips, a couple of bottles of soda and a few friends. “It was a simple party at my friend Charlie (Monnott)’s house,” says Kym Koch, founder of OKC PR firm Koch Communications. “A bunch of theater folk got together for Oscar night. I brought some brie, and the party grew from there.”

Grew is right. Led by Monnott, Koch and Kevin Winsell, the annual event soon became too big for a living room. “Back in years 10 through 12, we hosted at the old Stage Center,” Monnott says. “We had an actual Oscar statue that was flown in from Los Angeles, complete with its own security guard, as we were one of the Academy Awards’ official Oscar Party host cities. Through the years, we’ve hosted at numerous restaurants, graduating to bigger venues as the invitation list continued to grow.”

This year, the trio has partnered with CityRep Theatre for an evening of glitz, glamour and Oscar at Rococo Northpark, 12252 N May, and you’re invited: Feb. 24, beginning at 6 p.m.

“The party has always been a fun get together for theater and art friends,” Winsell says, “so Ruth (Charnay, CityRep co-founder) asked us about making it an actual benefit for the arts, in this case CityRep. We couldn’t be happier to participate!”

Dress for the red carpet, and do your research – guests can join trivia contests, guess Oscar winners for prizes and bid on silent auction items. Visit cityrep.com for tickets; the spotlight awaits!