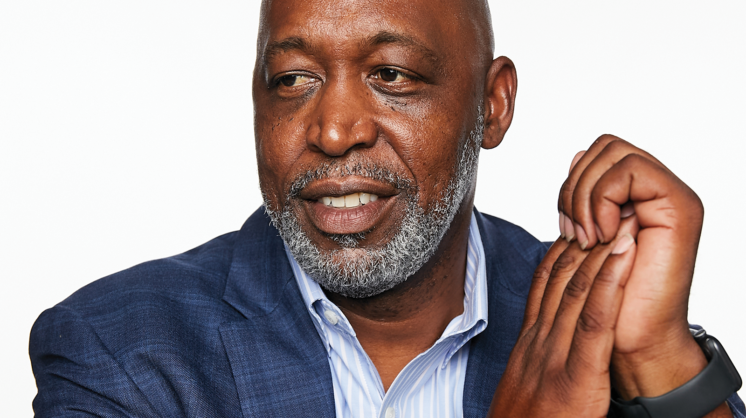 Wayland Cubit on security and trust in OKC Public Schools.

Police lieutenant Wayland Cubit, the new director of security for Oklahoma City Public Schools, has been in law enforcement for the past 26 years, and decided to become a police officer while watching Westerns with his dad as a child. For Cubit, being a hero with a gold star on his chest had less to do with shooting the bad guys than converting them into friends and leaders of the community — he has long had a passion for mentorship and redemption.

Kendrick Littleton, now 28, was a 14-year-old on suspension from school for showing up drunk when he first met Cubit. Cubit called him at home and invited him to join the mentorship program he had developed as an Oklahoma City police officer. Littleton said, “It was the first time I ever saw a police officer helping kids instead of throwing us in jail. The man is a lion.”

When asked what tempted him to take the position with OKCPS just as he was on the cusp of retirement, Cubit said, “Some people think that security is just muscle, but law enforcement is not a ninja with two swords in their hands. They must have a sword in one hand to protect the school when threats materialize, and a teddy bear in the other to build relationships, loving students and preventing threats. We must be both preventative and proactive. The compassion and empathy that I have seen officers develop in mentoring kids changes everything. The chance to teach that to an entire school district, to create a culture — I had to take that opportunity.”

Cubit believes that the most active threats in schools are the day-to-day threats; kids who are bullied, caught up in fights, who come into the school with a weapon to right a wrong. “The first way to circumvent that violence is [a] relationship. When a student feels confident enough to come to an adult and say, ‘I don’t feel safe and I don’t know how to fix it’ — that is when we know we are doing our jobs well.

“The first line of security in schools is the relationships we build with the students,” he continued. “We don’t want to create a prison in our schools, but should an emergency happen, we want every person there to feel prepared. We also have excellent technology to help us.”

Over the summer, Cubit will be assessing how technology is best used in OKC schools, as well as what ongoing training might be helpful for all staff: de-escalation, unconscious bias and how to build trust with students who have been affected by trauma.

Listening to Cubit tell stories of young people’s redemption recalls a quote attributed to Desmond Tutu: “There comes a point where we need to stop just pulling people out of the river. We need to go upstream and find out why they’re falling in.”

To Wayland Cubit, every kid is a leader. That should be a good sign for the school district’s future.