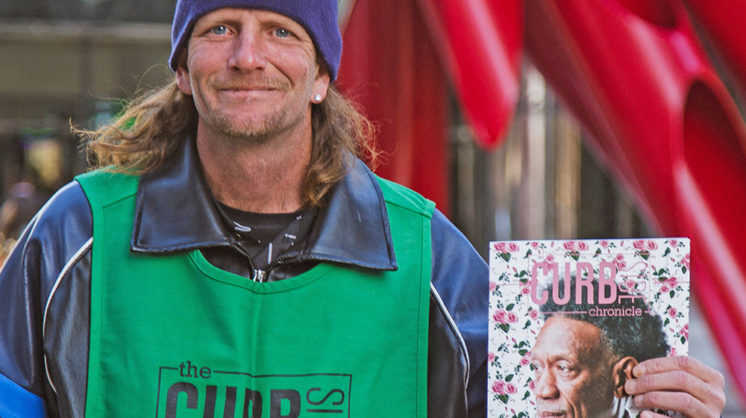 The Curbside Chronicle plans to create more jobs to help turn the lives of OKC’s homeless people around, after receiving $100,000 from Google.

It was chosen as one of four nonprofits in Oklahoma to receive $50,000 each, as selected by a panel of community judges for the Grow with Google initiative. The public was then asked to vote on which of the four should get an additional $50,000 through the Google.org Impact Challenge public vote, with The Curbside Chronicle being the people’s choice winner.

The five-year-old street magazine, backed by the Homeless Alliance, has grown from 10 vendors to more than 70. With the extra funding, The Curbside Chronicle will employ an additional 20 vendors and boost publication sales by 20 percent. Organizers hope to develop a new website with the aim of reaching a broader audience, and include video so vendors can share their success stories in new ways.

“We’re grateful for each and every person who voted in support of our hard-working vendors, and for the opportunity to help more people build brighter futures for themselves through dignified work,” says program director Ranya Forgotson.

The nonprofit also plans to offer a subscription service; the only other street paper currently offering this in the world is The Big Issue Australia, according to Curbside. By adopting a similar model, the subscription service for Curbside can offer jobs to those unable to sell the magazine on the street.

Forgotson started the magazine in July 2013 with her husband Whitley O’Connor, both of whom shared a desire to help homeless people. The publication trains new vendors each week, and a vendor coordinator helps connect them with the services needed to get them off the streets and into a home.

Google’s Head of Community Affairs for Oklahoma says, “We look forward to seeing The Homeless Alliance and Curbside Chronicle create new economic opportunities and reach new audiences in Oklahoma City and beyond.”