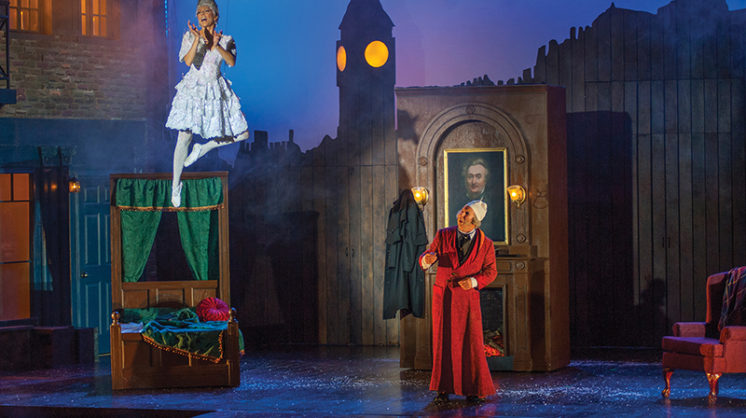 It might be the ultimate measure of a classic: It’s practically impossible now to imagine the holiday season without Charles Dickens’ tale of acerbic miser Ebenezer Scrooge and his ghostly Christmas Eve encounter. Lyric Theatre has made its own extremely pleasant tradition of sharing this seasonal classic – “A Christmas Carol” returns to the Plaza Theater Dec. 2-27.

“This play has delighted and touched thousands of Oklahoma families over its five-year run,” says Michael Baron, Lyric’s producing artistic director. “We’re thankful to Devon Energy for their continued support of this production, and excited to bring back many of the adult cast for this year’s edition.” Former cast members returning to reprise their roles include Christopher Bloch as Scrooge, Tom Huston Orr, Mateja Govich, Lexi Windsor and more.

While Lyric’s presentation boasts a ghost gliding above the heads of the audience, snow falling on stage and in the audience and glorious traditional carols sung by the cast, the play’s enduring popularity rests as much with its perennial promise that we all have it within ourselves to become better people, just by deciding to be. Visit lyrictheatreokc.com for showtimes, and relish the spirit of the season. 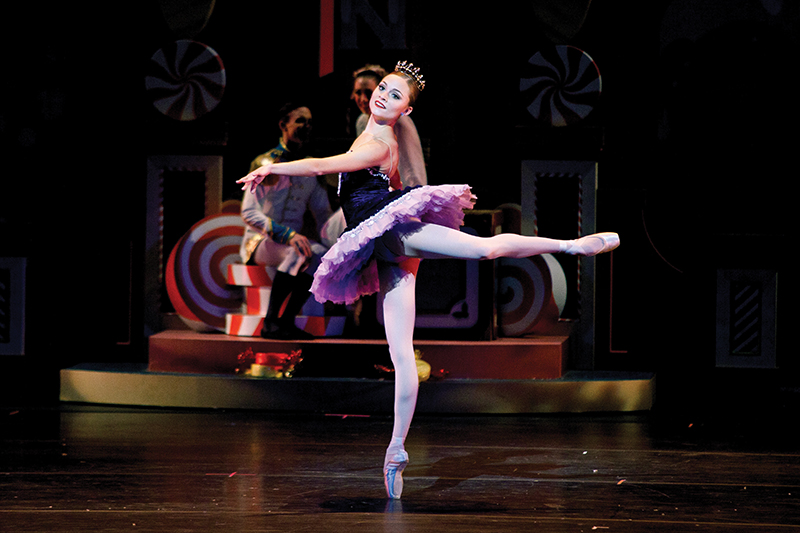 ► The Land of Mice and Snow

Traditions can remain familiar while still being fresh and exciting. It should come as no surprise that the OKC Ballet is presenting “The Nutcracker” as its December show, but the imagination and execution filling the Civic Center stage should still leave audiences breathless. The wonder of the land of sweets and sugar plums, the menace of the Mouse King, the heroics of the titular toy and, most of all, the extraordinary skill of the dancers and musicians from the OKC Philharmonic accompanying them make this Christmas marvel not to be missed.

Music is one of the most uplifting aspects of the holiday experience, and one of the most sublime presentations of the season’s songs is right around the corner. Canterbury Christmas puts an immense outpouring of familiar carols, hymns and standards into the mouths of the experts of the Canterbury Choral Society for a joyous concert that features an invigorating performance of beautifully expressive fiddle playing from special guest Kyle Dillingham, and makes sure to leave room for the audience to join in during a sing-along section. It’s an annual treat for the ears. 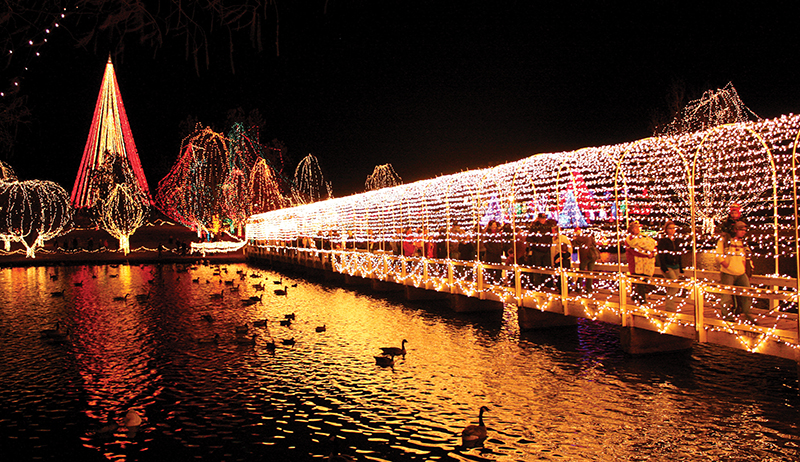 They’ll hardly be silent nights, and all won’t be calm, but that’s the natural result of having hordes of people heading southwest of the metro to throng into the 43-acre park for the celebration of candlepower known as the Chickasha Festival of Lights. Anybody can plug in a couple strings of illuminated icicles; this community effort boasts more than 3.5 million bulbs, covering bridges, archways and the central 172-foot Christmas tree and forming a festive backdrop for extra entertainments such as food trucks, horse-drawn carriage and camel rides, laser tag and a live nativity scene on select nights. Light up your life!