Delicious Chili to Enjoy Around the 405 - 405 Magazine 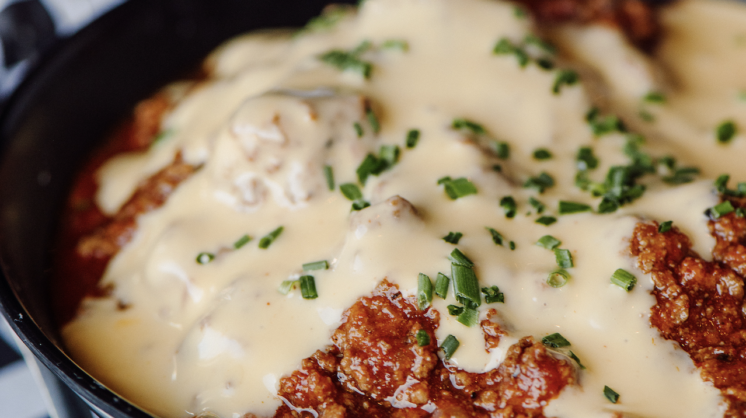 When it comes to barbecue, people tend to simply label the styles and state their preference: Texas, Kansas City, Carolina, etc. They may call other styles inferior or derivative, but they don’t declare them “not barbecue.” Even that meager level of fair-mindedness, though, is often not present in the chili wars. Chili, it turns out, is only made one way, and all other styles are grouped in a set and dismissed with “that’s not chili.”

Talking to locals around the 405, we were surprised to learn that many menus with the word “chili” printed on them are purportedly publishing a lie. “If it doesn’t have beans, it’s not chili,” local cook, artist, and gadabout Larry Dean Pickering said. “Of course chili has beans and no meat,” another commenter said. “Why else would we have chili con carne?” By that logic, wouldn’t we also call the other form “chili con frijoles?”

Honestly, though, the argument is more tiresome than fun. Why insist, as some did, that “chicken chili isn’t chili”? The most important question—right up there with “Does it have (chile) peppers?”—should be “Does it taste good?”

We found chili around the 405 that comes with and without beans, and we especially love the arrangement at Cattlemen’s Steakhouse (1309 S Agnew, OKC), where you can get pinto beans or navy bean soup on the side and combine bites. The Cattlemen’s recipe goes back to the days of the “yellow paper.”

“When we took over in 1990, there were yellow sheets of paper with three recipes,” said operating partner David Egan. “We inherited recipes for coconut cream pie, house dressing, and chili—so our chili recipe could be anywhere from 50 to 60 years old, or older.”

Like many places, Cattlemen’s uses beef trimmings to make the chili, a process that cuts waste and increases quality. “We use top sirloin, New York strip, tenderloin and rib eye trimmings,” Egan said. “It’s a very fine grind, so it looks like the kind of chili you’d see on a cheeseburger or chili dog, and there’s just enough heat that it’s not sweet and mild.”

Clark Crew BBQ (3510 NW Expressway, OKC) uses trimmings in its brisket chili, too. The smoke adds texture and sweetness to the blend of meat and beans, and the wagyu beef creates one of the best, most flavorful bites you’ll experience in a bowl of chili.

Chili also generates stories and specific practices, much like barbecue or bourbon. Eischen’s (109 S 2nd, Okarche) is best known for its chicken, but the chili-cheese nachos might be the best thing on the menu. The chili is a family recipe, but it is also the reason for “the spoon.” There is only one spoon in the Eischen’s kitchen. It hangs on the wall above the chili pot, and its function is singular: It’s for stirring the pot.

Cincinnati chili, which is rare in Oklahoma, adds cinnamon or chocolate to craft a strangely delicious style. BlueJ’s Rockin’ Grill in the Edmond Railyards (23 W 1st, Edmond) uses both cinnamon and chocolate; it’s not dessert sweet, but it is delicious on the burgers and dogs.

Burger Punk (3012 N Walker, OKC) designed its very traditional chili to be used in multiple places on the menu. That means fine grind and a texture just short of soupy. It’s on the chili-cheese fries, chili cheeseburger, and dog, but it’s also great in a bowl by itself.

Why does an ostensibly Irish pub have chili on the menu? Is it made with mutton? Sometimes the answers don’t matter. McNellie’s (1100 N Classen, OKC) has very good (beef) chili, and you get to have it alongside any of 300 beers.