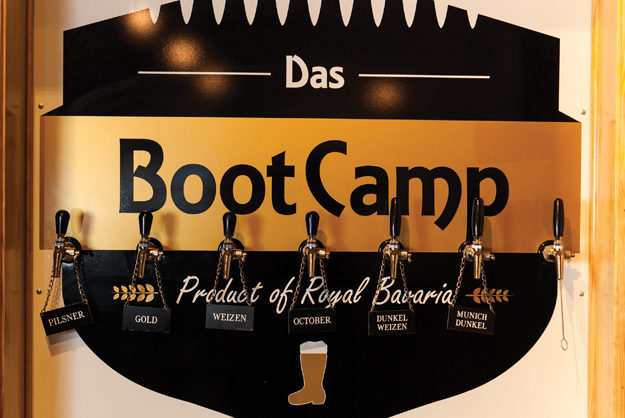 IT IS THE BEST OF TIMES TO EAT WURST ofttimes for lovers of German cuisine in the southern metro, and the reason why is a tale of two restaurants.

For years, Royal Bavaria in Moore has been home to top-notch food and truly magnificent beer in a joyous atmosphere, but some of the features that make it a popular spot for parties might also deter more casual diners: it’s out by itself in an undeveloped area; the wait can be lengthy without reservations; its long tables favor large groups over more intimate pairings; it generally represents a substantial investment in time and money. Those are not criticisms – Royal Bavaria has been and remains a great place for special celebrations.

But now there’s an option for more spur-of-the-moment, and more frequent, diners. Main Street in downtown Norman is home to Das Boot Camp, a restaurant whose logo proudly says “Product of Royal Bavaria” and whose menu and beer list are built around the same powerhouse recipes by owner and master chef Andy Gmeiner. Thankfully, customers are not expected to do push-ups while being yelled at nor to crew a U-boat; the name refers instead to the boot-shaped beer glasses that cover the tables, festoon wall shelves and even hang from the ceiling as light fixtures.