Down Home for the Holidays - 405 Magazine 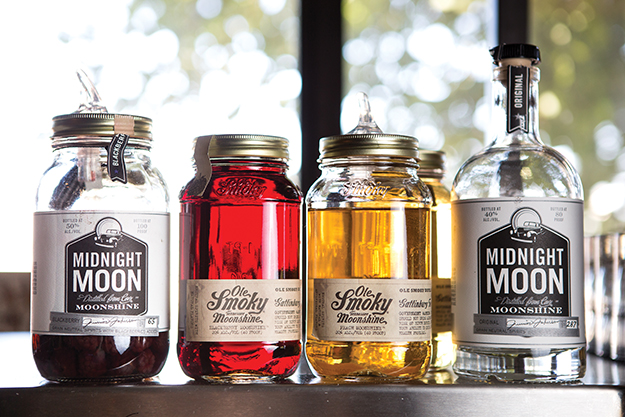 Atmosphere can be a tough thing to balance. You want to give your dining establishment some kind of character to differentiate it and draw in potential customers (which is why you don’t see a lot of restaurants named “FOOD PLACE”), but it’s easy to carry a theme overboard, especially if that theme borders on condescension. All of which is to say that I was a trifle apprehensive about trying out a restaurant called “Hillbilly Po’ Boys & Oysters,” especially given that I’m from a part of the state whose citizens tend toward redness of the neck, and have a few roots in the proverbial backwoods myself.

Fortunately, I needn’t have worried. The little wooden building on N.W. 9th isn’t a greasy spoon diner at all, nor a corporation’s idea of what “hillbillies” would look like. In fact, a great deal of effort has clearly gone into designing the space and the menu, with great results. The decorative touches are just right for the tone: Framed memorabilia on the forest-paneled walls includes Johnny Cash album covers and a poster for Burt Reynolds’ “Gator,” water is served in Mason jars and the plates are unornamented metal discs, the floors and tables and chairs are wooden (by the way, every place should spring for chairs like these high-backed, comfy-cushioned, easy-rolling marvels) – even the “lights” over the bar are Mason jars filled with strands of green Christmas lights, so when they’re flashing, they give the appearance of containing fireflies.

And whatever misgivings I might have had about the printed menu’s cornpone-isms of “dippin’ sauce” and “skeeters” and “just the way Granny used to” were easily overwhelmed by the quality of the food. Patois or not, these hillbillies can cook.

The other part of the restaurant’s name is actually a bit of an oversimplification – the dozen or so protein options listed under Po’ Boys certainly can (and arguably should) be stuffed into two-handed toasted baguettes, but they’re all also available on a bed of rice or fresh local greens, thereby providing a bit more variety for any diners who might be feeling a little carbed out after scarfing down the Crawfish S.O.S. Speaking of which, you really gotta try the Crawfish S.O.S., a slab of toasted bread slathered in a slightly spicy cream sauce laden with chunks of blackened mini-crustaceans.

The Camp Fire Drip Beef (like a slightly Cajunized French Dip) and blackened shrimp po’ boys are both solid choices, but my recommendation is the Smokey Mountain Meatball, whose supremely savory mozzarella-stuffed meatballs are topped with a rich, slightly smoky marinara and melted parmesan. There’s even a tiny bit of tang to the fruit salad thanks to its honey-lime chili marinade.

Cocktails are made with moonshine – but don’t worry about raids from revenuers, the spirit in question isn’t bootleg hooch. Their Redneck Cherry is Mexican Coke (that’s the good stuff) and Midnight Moon cherry-infused moonshine, sweetened with a brown sugar syrup and loaded with maraschino cherries that have been soaked in the spirit. They are, to put it mildly, potent.

To top it all off, the service is brisk and thoughtful – the staff is enthusiastic about the menu’s dishes, and when my brother ordered a bottled beer (the massive Great Divide Yeti Imperial Stout) the bartender brought it to him with a glass, went away, then came back with a small ice bucket for the bottle.

After the “official” trip on this review’s behalf, I’ve actually been back a couple of times for lunch on my own, trying to pin down what I like about Hillbilly Po’ Boys … and I think I might have figured it out: It just feels right. A quiet harmonica on the speakers, the creak of floorboards and even the rumble of a train passing a few feet away combine for a surprisingly soothing soundtrack and – for me, at least – reawaken some childhood memories. As the holidays and their attendant stresses approach, it’s a good time to discover a spot that reminds you a little bit of home. Merry Christmas, y’all.

It doesn’t matter that there’s only the one option, or that Sara Sara Cupcakes is literally two doors down: The bread pudding should be a lock in your evening plans. It could be a product of the Apple Pie Moonshine glaze, but the texture, flavor and especially the aroma are simply great – I believed our waitress when I commented on the scent and she replied, ”I know; I just want my whole life to smell like that!”