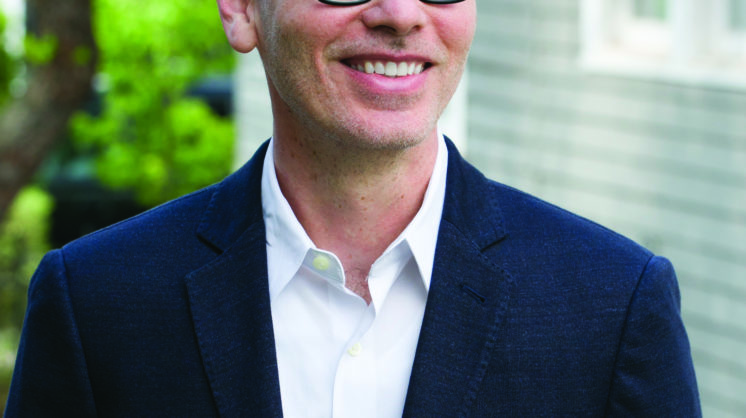 Author and Oklahoma City native Lou Berney describes himself as “a lazy person, except when it comes to writing.” He is talking about his background, specifically the number of jobs from which he’s been fired, on the Author Stories podcast. Per his bio, the number was nine jobs between the ages of 12 and 19.

“It was nothing terrible,” he said. “Usually just laziness or incompetence.”

After discovering what he wanted to do, his energy level changed – at least when it came to writing. “I was on the high school newspaper,” he said, “and I don’t remember how I ended up there, but the first time I saw my byline, I thought, ‘I like that. Maybe this is for me.’”

Since then, he has made his mark as a successful mystery-crime novelist, earning an Edgar Award nomination for 2012’s Whiplash River and another five awards, including the Edgar Award for 2015’s The Long and Faraway Gone.

His latest book, November Road, was named one of the best books of 2018 by the Washington Post, Boston Globe, Newsweek, Booklist, Library Journal, the Guardian, the Dallas Morning News, LitHub and more.

Berney agreed to pick some beach reads for 405 Magazine and we interviewed him about his writing and teaching careers. He currently teaches in the Master of Fine Arts program at Oklahoma City University.

When he arrived at Loyola as a freshman, he had a life-changing epiphany. “I majored in journalism, but discovered along the way that I’d much rather make things up than report them,” he says.

So he turned his attention to fiction, and wrote his first short story at 24. He would subsequently sell it to The New Yorker, an astounding feat for a first effort. A collection of short stories met with critical acclaim, but while critics liked his first novel, it didn’t sell well. That all changed with the Edgar Award, giving his own life story a significant lift.

Of his focus on mystery writing, he says, “Crime fiction attracts me, as both a writer and a reader, because it’s so amazingly diverse. There are action thrillers, traditional mysteries, literary suspense, capers, hard-boiled novels, noir. And there’s huge freedom, for a writer, to mix and match; to do whatever you want to do.”

At the time of his first novel, Whiplash River, Publishers Weekly called him the “heir to Elmore Leonard” – a difficult mantle to wear, especially given that Berney lists Leonard as one of his favorite writers and influences.

“What I love best about Elmore Leonard is the empathy he has for his characters,” Berney says. “I’m not sure you can teach that, but writers can – and should – be inspired by it. I also love how he doesn’t waste a beat, and that’s something from Leonard that I can teach my students.”

Another writer that appears on his list of favorites is one of the most wonderfully complex in American letters: Flannery O’Connor died at 39 of a form of lupus, but she left a remarkable heritage as a female Catholic writer in the American South. She famously said of the region, “While the South is hardly Christ-centered, it is most certainly Christ-haunted.” Her ability to write in a funny and troubling way with crystalline insights about race, gender, class, politics and religion has made her a favorite of readers and professors who read for nearly a century. We asked about her place in his list, and Berney said:

“Flannery O’Connor had a razor-sharp eye for hypocrisy in all its many forms, so it would be interesting to get her take on the current social and political landscape. I don’t think it would surprise or shock her too much. I first read her my freshman year of college and I still remember the lightning bolt. I couldn’t believe someone could be so terrifying and funny at the same time.”

In addition to his beach reads, Berney admitted to being a fan of binge-worthy streaming programming, both personally and professionally.

“I absolutely see these series as literature,” he says. “And I think it’s been great for novelists. A lot of novels are far more suited to the pace of a limited TV series than a feature film.”

At the moment, Berney is concentrating on another project, about which he only says, “I’m working on a novel.” He is a mystery writer, after all.