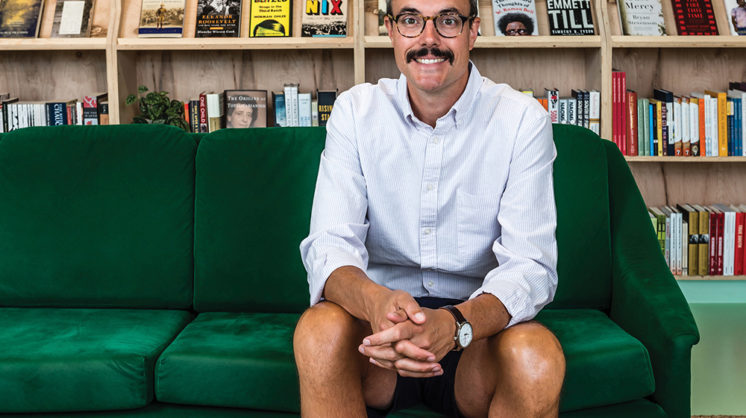 Intentionality is one of those words that gets thrown around so much that it’s easy to brush aside – but when you experience it, it’s amazing. You practically have to stop and take it in. This couldn’t be more true than when you enter Commonplace Books, located in the ground floor of The Edge at 13th and Walker in Midtown.

A bookstore and more, it has captured the hearts of many – one key reason being owner Ben Nockles and what he brings to the table. Every detail of Commonplace is summed up in the intention of and action taken by Ben, with communal encouragement from family and friends. Of this, Ben says, “We believe books are a powerful medium to connect people to one another and spread ideas that matter. That’s ultimately what we’re endeavoring to be and do: build a community who share a common love for books and people. I often comment that when we say ‘books and people’ what we really mean is ‘people.’ The individuals, couples, kids and families who walk through the doors day in and day out are not just a means to an end. They’re everything, the entire point of it all, our prize.”

It is his hope that upon entering, people “would pause and stop altogether, exhale, look around the store not merely as a way to get oriented to their newfound surroundings, but to get reoriented to themselves.”

That is exactly what happens. The space is at once refreshing and welcoming, and, frankly, visitors just want to sit down and take it all in.

With so much around us centering around virtual experiences, this organic, real and tactile place is the perfect answer to finding connection. Not only in the service of an incredible selection of the written word, but the opportunity to engage with people … and yourself. 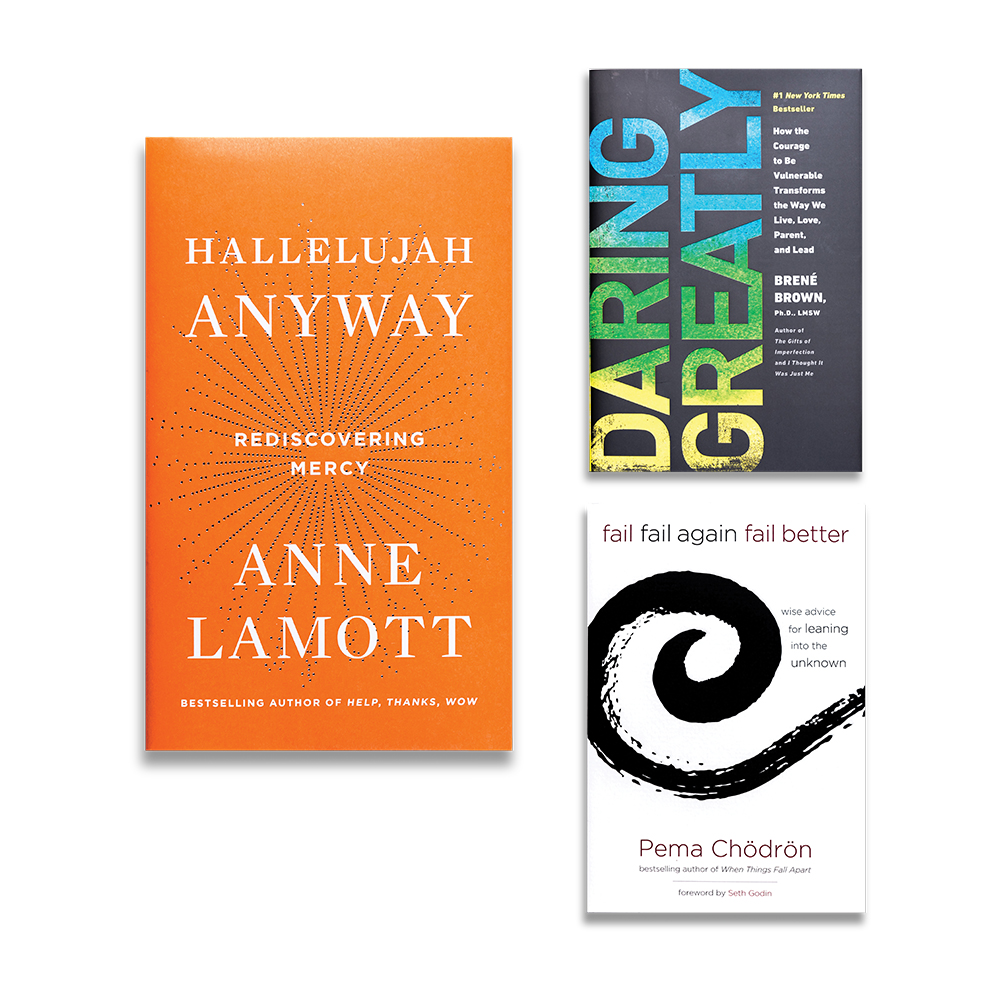 “Kindness toward others and radical kindness to ourselves buy us a shot at a warm and generous heart, which is the greatest prize of all.”

“I read everything Anne Lomott writes. And you should, too. She’s been called ‘the patron saint of our fallible humanity.’ Anne’s an old hippie from San Francisco, who was coming of age in the 1960s. She’s one of those epic truth-tellers; she can’t help it, and wouldn’t hold back even if she could. Her feelings raw; her life honest. Quick to share a story without even a hint of resolution; the lessons aren’t really learned when they’re all tied up with a bow. Start with her spiritual memoir Traveling Mercies; don’t forget Bird by Bird (her book on the creative process); and make your way all the way to this one – Hallelujah Anyway.”

“I told you we’d get back to Brene Brown. This book was released in 2012, and five years later, I’m still talking about it – just getting started, in fact. It is unequivocally the most transformative book I’ve read to date. She made a rather definitive statement that caused me to make a life choice, to marry intention with action: ‘You cannot selectively numb emotion; you either feel it all or nothing at all.’ I chose then and I choose now to place myself among the company of those who choose to feel it all. The phrase ‘must read’ gets thrown around a little too often, but there isn’t a single person, regardless of age, gender, life phase or experience who should not read this book. And I mean now.”

“Pema Chodron is a notable American Tibetan Buddhist who took my newfound understanding of compassion and expanded it further still. She provided the basis for how and why one can and ought to ‘suffer with’ by undergirding the application with a rock-solid foundation when she said, ‘Compassion is not a relationship between the healer and the wounded; it is a relationship among equals’ – and I always add, namely the wounded. It is not me reaching down from a place of superiority to those on a lower status plane, nor is it my plenty that provides for their lack. It is our shared humanity, in all of its failure and frailty, that allows us to connect and offer mutual solidarity to one another.” 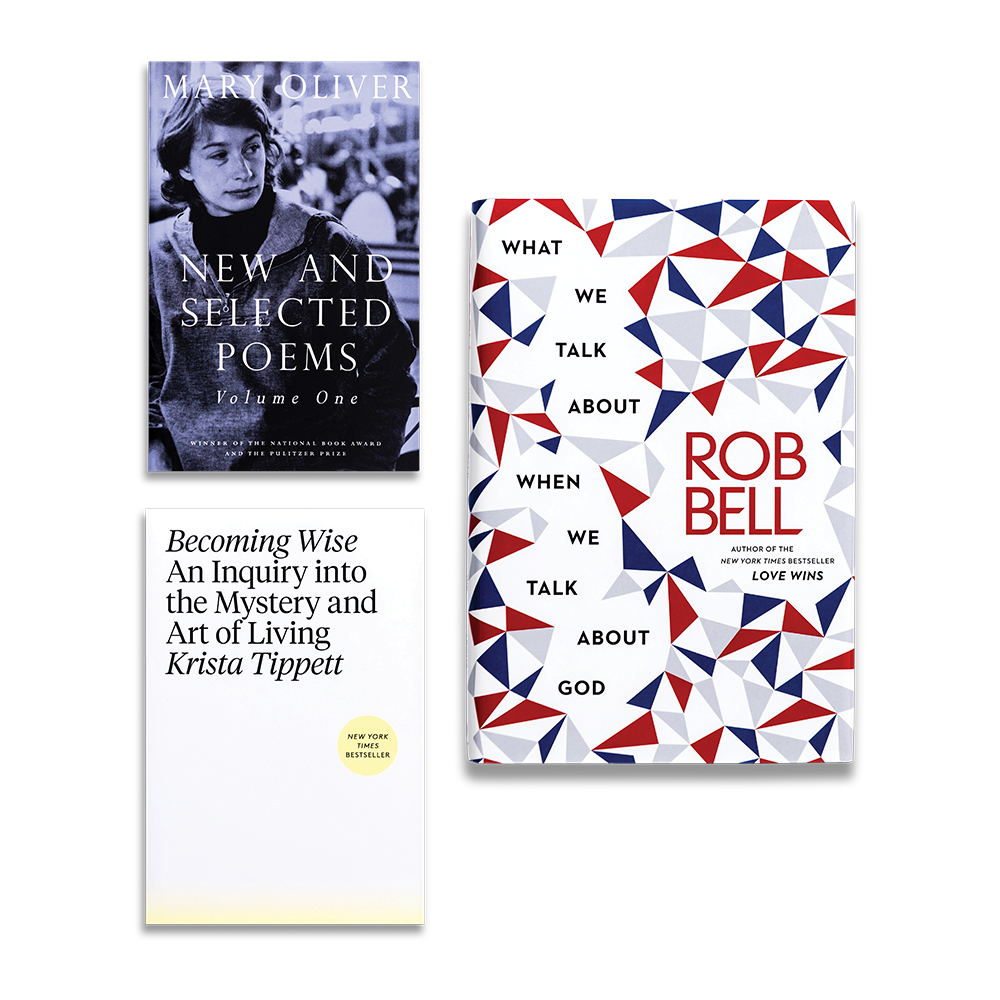 “Whatever we say about God always rests within the larger reality of what we can’t say; meaning always resides within a larger mystery; knowing always takes place within unknowing; whatever has been revealed to us surrounded by that which hasn’t been revealed to us … For many people in our world, the opposite of faith is doubt. The goal, then, within this understanding, is to eliminate doubt. But faith and doubt aren’t opposites. Doubt is often a sign that your faith has a pulse, that it’s alive and well and exploring and searching. Faith and doubt aren’t opposites, they are, it turns out, excellent dance partners.”

“I selected this book in particular as a representation of the way we address and speak to spiritual matters. For us, the world is not divided between the secular and sacred. In fact, secular is a notion we reject outright. It is all of life that matters. There is nothing trivial among us. Everything is spiritual. Religion can be lethal to be sure; and we’ve all seen damage done in god’s name, especially here in the Heartland, yet we maintain that transcendence is still worth seeking, ever to be found, and it is the mysteries of faith, not human fabricated certainties, that keep us.”

• Becoming Wise: An Inquiry into the Mystery and Art of Living by Krista Tippett, $28

“Generous listening is powered by curiosity, a virtue we can invite and nurture in ourselves to render it instinctive. It involves a kind of vulnerability – a willingness to be surprised, to let go of assumptions and take in ambiguity. The listener wants to understand the humanity behind the words of the other, and patiently summons one’s own best self and one’s own best words and questions.”

“Krista Tippett hosts one of my favorite public radio programs, ‘On Being,’ and Becoming Wise is like NPR in book form. She tackles everything from science and technology to spirituality, culture and the arts. As one of the best and most thoughtful conversationalists I’ve encountered, she elicits rare and more than honest responses from her guests, who are thought leaders and practitioners in their varied respective fields. For those who long for a tempered, tolerant, wholistic and transcendent way of life, this book is for you.

“Tell me, what is it you plan to do with your one wild and precious life?”

“I believe that a good life is forged and found by a series of oft-repeated questions; good questions. Not all questions are created equal, but this, my friends, is perhaps the chief and most supreme among them. It is a single line that has arrested me time and time again, capturing the attention of my heart, and redirecting my footsteps. It was Mary Oliver and Mary Oliver alone who made me a believer in the logic of poetry.”

►That's only the beginning of Nockels' recommended reading list – for the unabridged version, so to speak, click the covers below.