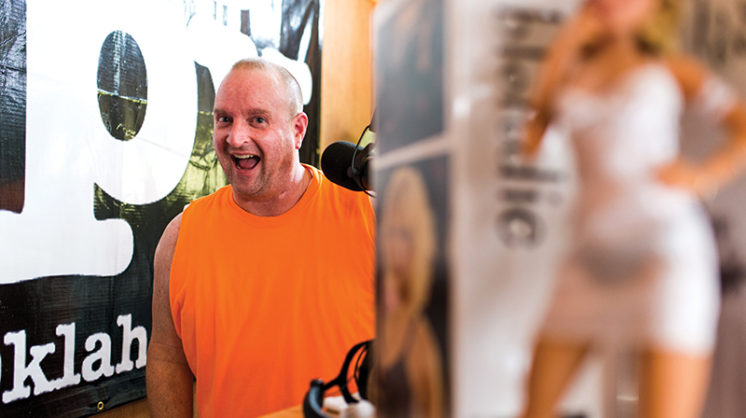 For many people, music is a coping mechanism, or at least a way of integrating our experiences with our emotions. For nearly three decades, Ferris O’Brien has been helping Oklahomans do exactly that, as well as shaping the musical tastes of thousands of people around the state.

“My first experience with Ferris was the same as a lot of people,” says Jonathan Fowler, Fowler Auto VP and community arts advocate. “I listened to him on radio in the ’90s. I had started a new school in Oklahoma City and was living in Norman. It wasn’t smooth at first, but eventually got better. Ferris was a big part of that transition for me.”

O’Brien, a Houston native, came to Oklahoma to attend OU, but his first radio job was at KDGE (The Edge) in Dallas. For anyone who loved alternative music – especially punk, post-punk and grunge – The Edge was the brass ring that eluded the Oklahoma City market. It was the music that was exploding all over the U.S., but not in Oklahoma.

“I learned everything I think I know at The Edge,” O’Brien says. “Everything The Spy is – format, additions, rotations – all came from Edge procedures.”

The Spy (KSPI) falls off the tongues of under 40s – and some under 50s – with a sincere affection, as if they are speaking of a good friend. For people like Fowler, The Spy was that friend who helped with life’s transitions and disappointments, as well as provided the musical backdrop to good times and milestones. The friendly voice behind it, and the guru who chose the music, was Ferris O’Brien.

Ryan LaCroix, who hosts the Oklahoma Rock Show on KSPI, met Ferris in 2009, but he had been listening to the voice for many years. “I listened to 93.7 KSPI when I was in high school in Yukon. You could only pick up the signal after the sun went down, but I vividly remember writing down bits of lyrics in my car to find out what song that was I just heard.”

Consolidation of media following the Telecommunications Act of 1996 made it difficult for independent or alternative bands to gain airtime. Around the country, DJs such as O’Brien – shaped in the heyday of ’70s FM radio – continued to fight for independent music. In fact, O’Brien is widely known for championing bands long before they made it big.

“The Spy undoubtedly has the largest collections of songs from The Flaming Lips in the world,” LaCroix says. “Hits, deep album cuts, b-sides, remixes, live versions. It’s incredible. Before All-American Rejects broke big in Stillwater, they used to send him their demo tapes and unreleased material.”

Stillwater was the locus of O’Brien’s kingdom through the ’90s. After 95X in Oklahoma City switched formats (away from alternative to adult easy listening), he accepted an offer to remake Stillwater’s KSPI here. In an incredibly unusual move, he was given creative control.

That transition would lead to The Spy, although the result was not as long-lived as it should have been. O’Brien spent nearly five years retooling KSPI, but in the end, industry consultants recommended a format change – to Britney Spears and other teen-pop icons.

He would spend the next several years playing specialty shows on radio around central Oklahoma, and in 2009, he purchased 105.3 FM. To do so, he had to enter into agreements with Citadel Communications, one of the largest media companies in the world. When the relationship crumbled, Citadel attempted to keep all the branding materials associated with The Spy. O’Brien said one of his proudest accomplishments is besting Citadel and retaining The Spy brand.

From August 2009 through most of 2010, he focused on developing programs, retooling the station, and solidifying The Spy brand. At the same time, O’Brien’s influence continued to shape the music scene in central Oklahoma, both in choices of programming and in helping artists and promoters get non-mainstream music into venues around the state. 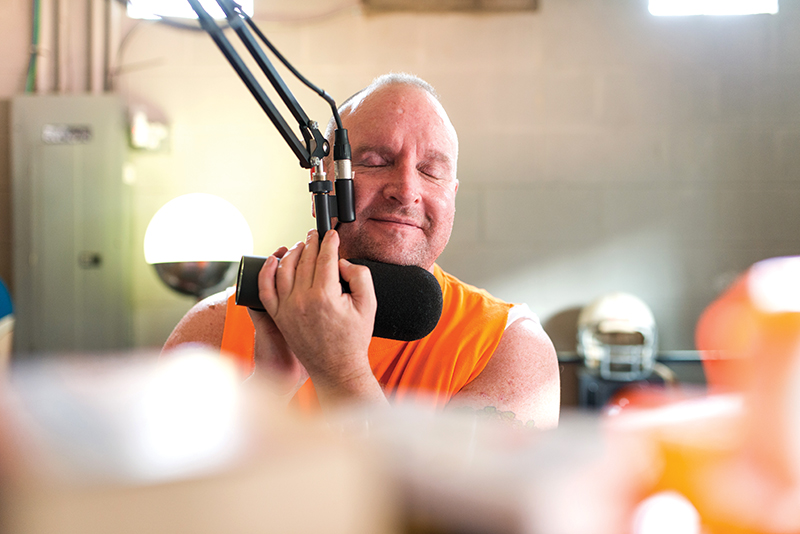 Kerry Myers promotes independent artists around the state, and in some cases, even after they relocate. She counts O’Brien as one of her principal mentors. “Ferris has always offered support and guidance to me and my endeavors,” she says. “He’s a true mentor to me and others around the state.”

Singer-songwriter and Elms vocalist/guitarist Chelsea Cope moved to Oklahoma City seven years ago. She is a creative, smart songwriter with an indie rock sound that departs from the mainstream in the best ways possible. In terms of her career since coming to Oklahoma City, Cope gives O’Brien a good deal of credit for providing a showcase for her talent.

“Coming from a state that lacks in the arts compared to other larger cities, he has really broadened the way people think about music,” Cope says. “It’s not just Garth Brooks and Carrie Underwood.”

The final major shift came in late 2010 when O’Brien looked at the station’s ratings. “We figured out that nine of 10 listeners accessed The Spy by means other than radio,” he says. “We decided to try the format online. In December 2010, we went exclusively online.”

Taking an audience – at that time – of nearly 20,000 listeners to an online platform would be a risk for traditional radio, but O’Brien had carved out a non-traditional brand, so the listeners followed. The format worked through all of 2011, and then KOSU called and asked him to bring The Spy back on a part-time basis. O’Brien agreed, and so you can catch those specialty programs on 91.7 FM again from 7 p.m. – 5 a.m. Monday through Saturday, and during morning and evening slots on Sunday – in addition to the virtual airwaves.

“This would never have worked in Dallas,” O’Brien says. “It’s this city, the people – everyone got behind it.”