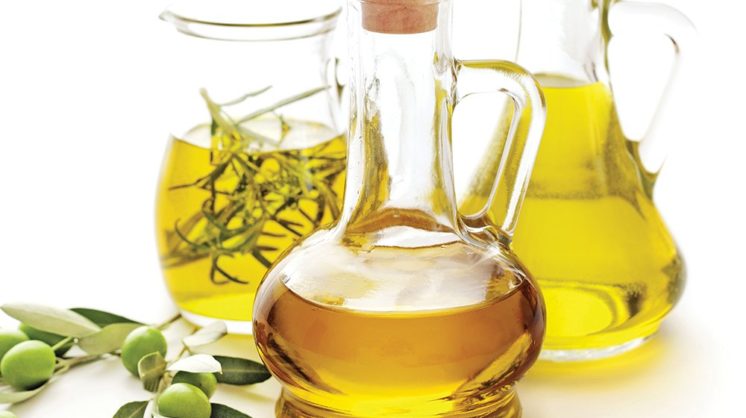 Fat carries flavor. Chefs know this, apparently. For those of us who thought we oiled pans just to keep food from sticking, that cooking chemistry is a bit of a revelation. According to Chef Kurt Fleischfresser, a man who has trained more than 40 chefs, two things carry added flavor in cooking: fat and sugar.

The problem – well, really, there’s more than one – is that fat also brings some unhealthy realities, especially in terms of heart health and weight control. Because the world is not a perfect place, fat is not always good for us, and certain fats are worse than others. Without diving too deeply into food chemistry, the American Heart Association recommends reducing saturated fat content – these are the fats that are not liquid at room temperature, such as butter – and increasing unsaturated fat content. And since February is American Heart Month, this seems a perfect time to heed their advice.

The preferred way to do that, aside from eating naturally occurring fats such as those found in plants, seeds and nuts, has been through the use of cooking oils that are high in unsaturated fats, most especially olive oil.

Here is the other problem: As with all things scientific that are more difficult to understand than a 7th-grade physical science class, the information is not always easy to parse, and some of it seems frankly contradictory.

Rane and Maggie Peterson own The Oil Tree in Nichols Hills because they are proponents of the flavor, versatility and health benefits of olive oil, and their store specializes in single varietal – much like wine – oils prepared to exacting standards. Maggie is happy to explain the science behind polyphenols and oleic acid for all customers, but mainly people choose their oils based on taste, so everything in the store is available to sample.

By robust, she means the flavor – because, like beer, olive oil runs the spectrum from mild to strong, and the more polyphenols, the more robust the flavor. And according to those studies, the more heart benefits, as well. Oleic acid occurs naturally in many plants, including olives, and some studies link it to improved circulatory health. The number for each is printed on all sample dispensers of olive oil at The Olive Tree.

On the other hand, olive oil, especially the more robust varieties, can dramatically affect the taste of food, so more often than not, it’s better for finishing a dish or as a “dip.” Nor is olive oil the only cooking fat that brings some health benefits.

Canola oil. The science is mixed on this one, and Fleischfresser won’t use it for cooking. It’s a bit funky on the nose. Also, no one seems to know what a canola plant is.

Coconut oil. While popular with some vegan cooks, this one is widely known to raise so-called bad cholesterol.

Corn oil. Like many other oils, it’s linked to a reduction in bad cholesterol, and it has a high smoke point, meaning it’s great for frying. (When an oil begins to smoke in the pan, the quality degrades, chemical weirdness happens and the taste changes. High smoke point is good for cooking, especially frying.)

Peanut oil. The Peanut Institute wants you to know that peanut oil is “one of the healthiest oils.” And while this group seems uninterested in truth in advertising and branding – a peanut is a legume! – they also didn’t say much about the studies that indicate peanut oil may lead to plaque in arteries.

Safflower oil. Dr. Oz recommends it on his website, so we assume it’s terrible for you. It does come from a lovely, thistle-like flower, though.

For another take on using fats in cooking, we talked to Chelsea Smith, a vegan chef. Smith trained at the Natural Gourmet Institute in New York, and she said the switch away from fat-based cooking was more dramatic than the switch to veganism she made when she was 18.

“I never use oil for cooking anymore,” Smith says. “On rare occasions, I’ll add the subtlest amount of toasted sesame oil to a finished dish for flavor, but I don’t cook in fat.”

Smith said she doesn’t like the idea of separating the fat from the fiber, because the fiber slows absorption in the body, giving the good fats time to process. She eats olives because of the benefits discussed earlier, but she doesn’t think olive oil is a great idea. Once she figured out a method to cook without it, it made no sense to add it back in.

“I used to believe the whole ‘fat carries the flavor’ thing, and while that’s certainly true to some degree, you don’t need it,” she asserts. “My clients like my food because it’s flavorful, even without the fat.”

Smith typically “sweats” onions to create a broth she uses in place of fat. To do so, she dices onions, puts them in a pot, brings the pot up to temperature, covers and reduces the heat to low. In 10 minutes, the water is cooked out of the onions, and a broth remains.

Currently, she and her mother are developing baking recipes that don’t require oil, as well. You can find information and recipes at EatMyVeg.com.