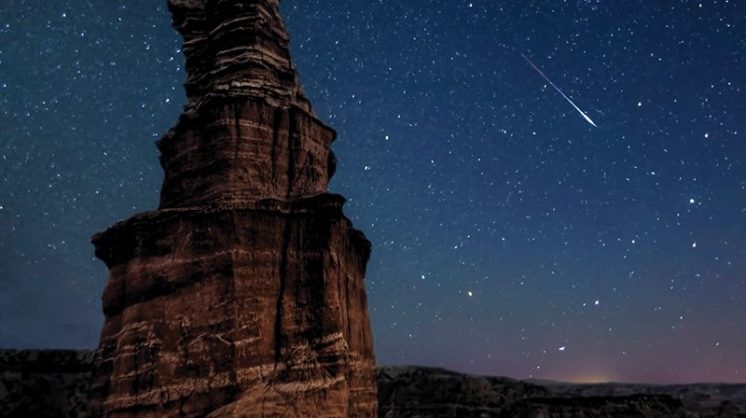 According to a recent Trivago study, more and more people are giving up the annual weeklong family vacation, choosing instead to go on two or three mini-vacations over the course of the year. Rather than begrudgingly dropping thousands of dollars on airfare, rental cars and hotels only to have it rain the whole time you are at Disneyland, it is becoming viewed as far more desirable to find varied destinations within roughly a five-hour drive from your hometown. These shorter excursions allow the work-weary and restless to embrace their wanderlust, stepping away from the keyboard into new, culturally stimulating cities and beautiful natural settings to recharge the batteries and reconnect with why they work so hard in the first place.

Given its centralized location, Oklahoma City affords outstanding opportunities in all directions to satisfy the primal need for respite. Here are four noteworthy destinations in our neighboring states within roughly a five-hour drive from the metro that offer a combination of world-class cuisine, natural wonder and enlightening cultural experience.

Sure, the Grand Canyon is one of the seven natural wonders of the world, but it is also a thousand miles from Oklahoma City. The awe-inspiring Palo Duro Canyon State Park, voted by Fodor’s last year as one of America’s best state parks, is known as the “smile of Texas.” Located half an hour outside Amarillo, this park is home to the country’s second-largest canyon and a stunning retreat for those who want the scope of the Grand Canyon without the chaos.

The Courtyard Marriott in Downtown Amarillo: This isn’t your typical Marriott. Located in the center of downtown, this beauty is built into the historic 1929 Fiske Building, and is within walking distance from several bars and restaurants, and minutes from the famed Cadillac Ranch.

Camp in Palo Duro: You’ve gone this far to get out of the city, so stay out of the city entirely and sleep under the stars in one of Palo Duro’s campsites. Whether you are looking for a place to park and camp, or you want to hike into somewhere remote, there is no shortage of space under the Texas stars – and yes, they’re big and bright.

Hike/bike/horseback ride: This spectacular park offers several access points with sweeping vistas along the canyon’s rim. While the views are great, to make the most of this vast canyon, it is best to get into the interior by way of foot, hoof or pedal. The canyon offers more than 30 miles of trails spanning 30,000 acres for hiking and biking, and for the equestrian-inclined, there are more than 1,500 acres dedicated to horseback exploration.

Visit Amarillo: Amarillo, although mostly known as a cattle town, has grown considerably, offering guests several attractions including the American Quarter Horse Museum, the Amarillo Botanical Gardens and, of course, the world-famous 72-ounce steak at the Big Texan Steak Ranch and Brewery.

Kansas City boasts more fountains than any city in the world short of Rome. These fountains, many of which come from Europe and can be traced back to the 1800s, are the perfect representation of the city known affectionately as “The Heart of America.” Like Kansas City itself, the fountains are beautiful and steeped in history, and like the torrents of water that animate them, Kansas City is also a vibrant city, ever in the present.

The Raphael: This European-style boutique hotel is one of Kansas City’s most elegant. Located steps from the Country Club Plaza, the Raphael offers old-world elegance with modern convenience. Nightly music in the lounge is a perfect way to wind down an evening – and if you get Marriott Points, The Raphael is the spot for you.

Hotel Sorella: One of Kansas City’s newest hotels, also located in Country Club Plaza, is equal parts contemporary and Mediterranean. There is no better spot to overlook the city than Sorella’s rooftop swimming pool complete with fire pits and cabanas. 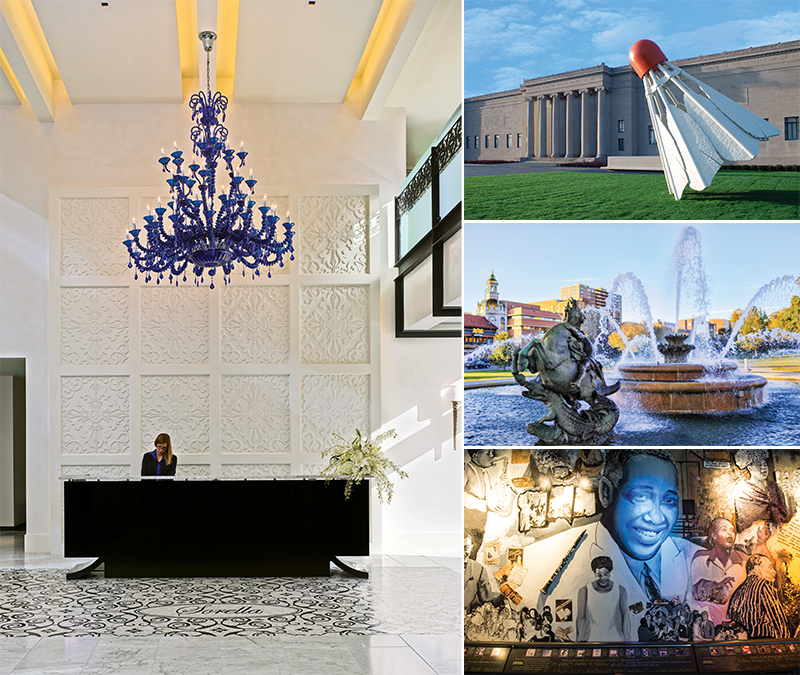 Nelson Atkins Museum of Art: Home to Monet’s “Water Lilies,” Dorothea Lange’s “Migrant Mother, Nipomo, California” and a 29-foot shuttlecock designed by Claes Oldenburg that adorns the museum’s grounds, The Nelson Atkins Museum is one of the country’s finest.

Country Club Plaza: This beautiful 15-block plaza, architecturally themed after Seville, Spain, and exploding with fountains, is the heart and soul of Kansas City. Home to high-end stores, hotels and fine dining, this area known affectionately as “The Plaza” is this part of the city’s most famous attraction.

The American Jazz Museum/Blue Room: This museum not only pays tribute to some of jazz music’s greatest icons, but also serves as a revered stage for emerging and established musicians to showcase their talent.

Located at the base of Texas’ stunning hill country and boasting thriving culinary, music and film scenes, Austin has long been the prototype for those who want big-city culture but an easy-going lifestyle. With a downtown that sits along the picturesque Colorado River, Austin is a quirky and ever-expanding city that combines culture and nature in a way that turns any preconceived notion of Texas on its head.

The Driskill: Located in Austin’s bustling downtown area, minutes from the state Capitol, Lady Bird Lake and famed music hub and nightlife scene Sixth Street, the historic Driskill Hotel is an exercise in old-world elegance. Built in 1886, the Driskill not only rightfully claims the title of Austin’s finest hotel, but also boasts one of the city’s finest restaurants. The Driskill Grill, with its famed wine list and inventive yet familiar menu, is not to be missed.

Hotel Saint Cecilia: This high-end bohemian hotel located just off of South Congress is named after the patron saint of music and poetry, and that lyrical spirit infuses every aspect of this shabby chic hideaway. With both hotel rooms and poolside bungalows, the Hotel Saint Cecilia is a haven for free spirits with a taste for the finer things in life. 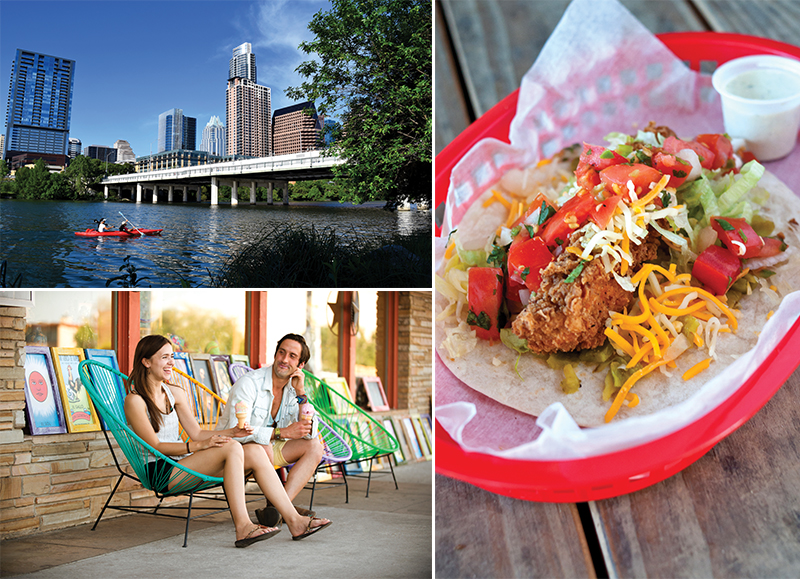 Lady Bird Johnson Wildflower Center: This center, established by former First Lady Claudia “Lady Bird” Johnson, is an organization dedicated to the protection and preservation of Texas Hill Country and South Texas’ native plants and wildflowers. With several trails, as well as interactive exhibits, the Wildflower Center is a stunning and inspirational reprieve with interactive exhibitions and extended walking trails.

Catch a show: Austin lives and dies by its live music scene. Whether it’s attending South by Southwest, one of the country’s premier music and film festivals, or catching a show at a local venue like The Elephant Room or The Continental Club, the music of Austin is truly its heartbeat. Stop by Waterloo Records and Videos, established in 1982, and pick up a vinyl as a memento of your trip. Or to experience true Texas, go down to the Broken Spoke on South Lamar Boulevard for live country music and line dancing lessons.

Frank Lloyd Wright homes, Andy Warhol paintings and James Beard-nominated chefs historically have not been associated with tiny Northwest Arkansas towns, but that is no longer the case. Bentonville, home to the world’s first Walmart – then called Walton’s 5 and 10 – is an idyllic town set on a picturesque, tulip-lined square, ripped straight from a Norman Rockwell painting and nestled gently into a pastoral Ozark forest. In Bentonville, true Americana collides with progressive culture and cuisine in a way that is nothing short of delightful.

21c Museum Hotel: This contemporary boutique hotel is located inside Bentonville’s modern art museum a block off of the main square. One could spend an hour simply observing the art in the hotel’s lobby … and the rooms are pretty wonderful, too.

The Laughlin House Bed and Breakfast: This historic, Victorian-style B&B, located just off the town square, is a beautifully appointed old home divided into three stately suites. These suites have all the technological touches one could need with all the grandeur of a classic home. Owners Jenny and Don Wallace are tremendous hosts, and while Bentonville’s food scene is among the best, you could do a whole lot worse than a breakfast prepared by Don himself. 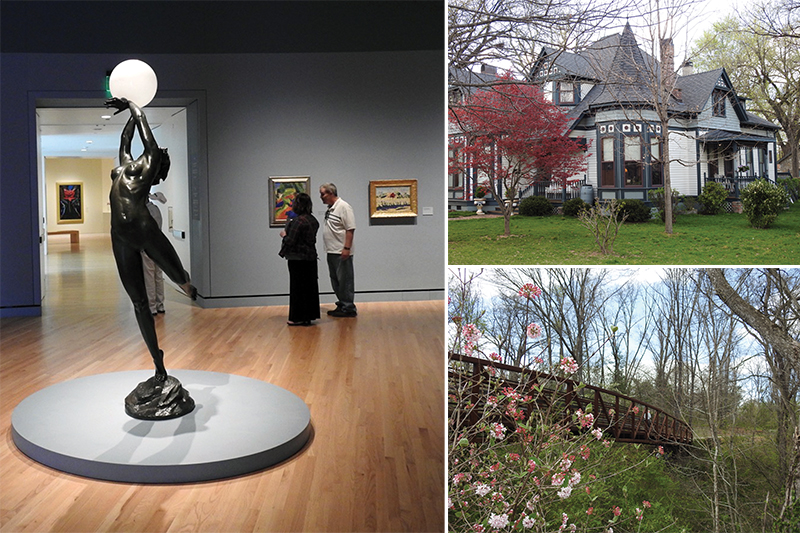 Crystal Bridges Museum of American Art: The town’s renaissance can most aptly be attributed to this tremendous American art museum founded by Walmart heiress Alice Walton. This museum, said to celebrate the spirit of America, spans five centuries and houses works from Warhol and Rothko to John Singer Sargent. Set on 120 acres, with more than three miles of walking trails, Crystal Bridges was designed with the aim of incorporating meaningful art into Arkansas’ natural beauty.

The Food Scene: The burgeoning food scene in this tiny town is among the country’s best. Tusk and Trotter Brasserie and Table Mesa are among Bentonville’s finest – and chef Matthew McClure at 21c Museum Hotel’s The Hive was nominated for the 2015 James Beard Foundation Restaurant and Chef Awards in the “Best Chef: South” category.

Cycling the Razorback Regional Greenway: This cycling path includes 36 stunning miles of both paved and mountain bike trails connecting Bentonville to neighboring Fayetteville, and is the best way to experience the area’s natural beauty.