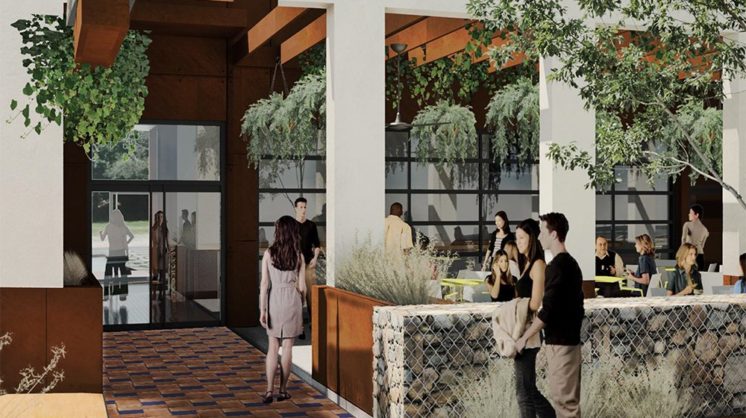 A large vacant lot in the Paseo is (hopefully) on the way to being transformed into a new restaurant and bar, complete with courtyard and patio.

Shaun Fiaccone, owner of Picasso Café and its laid-back next-door bar The Other Room, is behind the new addition called Frida, a restaurant which will overlook the Paseo Arts District.

Frida, named in an homage to Mexican self-portraitist Frida Kahlo, will offer new American cuisine with a southwest influence, and a separate bar with its own patio will specialize in craft cocktails and whiskey.

Designed by Fitzsimmons Architects, the firm behind Hatch and Broadway 10, the restaurant will feature modern Spanish revival architecture with bright spaces that overlook the arts district from all angles.

Outside dining will be created with a trellis-sheltered courtyard and outdoor patio, to accompany an indoor dining area and bar.

Picasso Café, which is operated by Humankind Hospitality Services, opened in 2009 at 3009 Paseo Street, and last year had to install a new kitchen due to high demand.

Plans for Frida are due to go before the Urban Design Commission for approval in September, according to Fitzsimmons Architects.