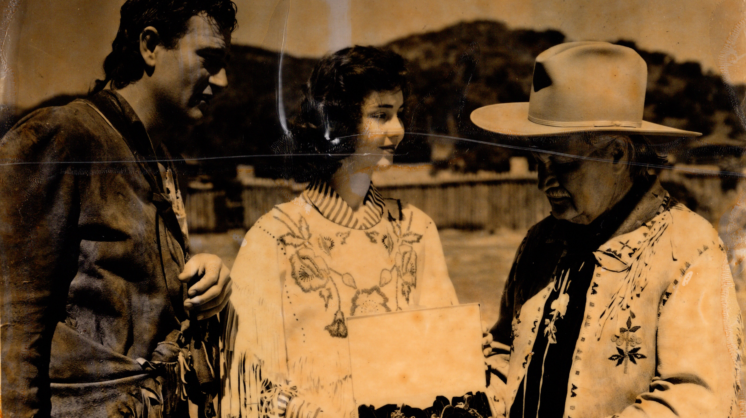 The Pawnee Bill Ranch near Pawnee, Oklahoma, played host to many luminaries of the early 20th century, including Will Rogers, Annie Oakley and Buffalo Bill Cody. Although its founders have been gone for nearly a century, it continues to host guests — both fans of the ranch’s history and visitors from the super-natural realm.

Some attribute the ghostly occurrences at the ranch to nearby quartz formations or the spiritual practices of the Pawnee Tribe. But most associate these otherworldly events to Bill and May Lillie’s passions for the land, their son and each other.

Pawnee Bill was born Gordon William Lillie on Feb. 14, 1860, in Illinois. When his family moved to Wellington, Kansas, it was the beginning of Lillie’s lifelong love affair with the American West. At 19, he found employment working with the Pawnee Indian Agency, where he obtained the moniker “Pawnee Bill.” Four years later, he joined Bu Buffalo Bill’s Wild West Show as a Pawnee interpreter, and during his travels with the show, he met a young Quaker woman in Philadelphia named May Manning.

“He always said she was the prettiest girl he’d ever seen,” said Anna Davis, the historical interpreter at the Pawnee Bill Ranch. “Everything he did, he said he did for her.” The couple married two years later.

May Lillie adapted to a Western lifestyle easily. She became an expert shot with a rifle, and later with a pistol when she lost two of her fingers in a shooting accident, Davis said.

In 1888, the two launched their own Wild West Show, which ran until 1913. The first year, Annie Oakley joined the lineup with May Lillie, who starred as the “Champion Girl Horseback Shot of the West.”

After a few years, the show proved financially successful, and the Lillies purchased land northeast of Stillwater in 1903. In 1917, the couple adopted a 4-month-old baby boy, whom they named Gordon William Lillie Jr., but to everyone at the ranch, he was “Billie.” Tragically, Billie was killed in an accident in 1925 at the age of 8. Tragedy struck again in 1936 — just months after their 50th wedding anniversary when they renewed their wedding vows, the two were in a car accident and May was killed. She was 67. Bill Lillie never really recovered, Davis said, and died in his sleep six years later at the age of 81.

Despite the pain wrought by tragedy that kept the Lillies away from the ranch, some believe that, in death, they are still there.

“The weirdest things center around Billie,” Davis said. “He messes with tech. Turns off cameras. Everything malfunctions. We hear stuff coming from his play area. He likes to make noise.”

Visitors and staff also encounter May Lillie. “She’s here because Billie is here,” Davis said. “It’s like she’s saying, ‘I’m here to protect my things.’” As for Pawnee Bill, Davis said she sometimes smells cigar smoke and staff have heard him talking.

To intern Rosemary Brown, ghostly apparitions are just part of the job.

“With Billie, it’s pretty playful,” she said. “I like to sit in the house and teach him Gen Z phrases. May talked to my parents; she came and told them to get out. She didn’t like all the chaos.”

In the end, staff have learned to think of themselves as caretakers for the ranch, as well as its otherworldly inhabitants. “We take care of things for them. They like that,” Davis said.